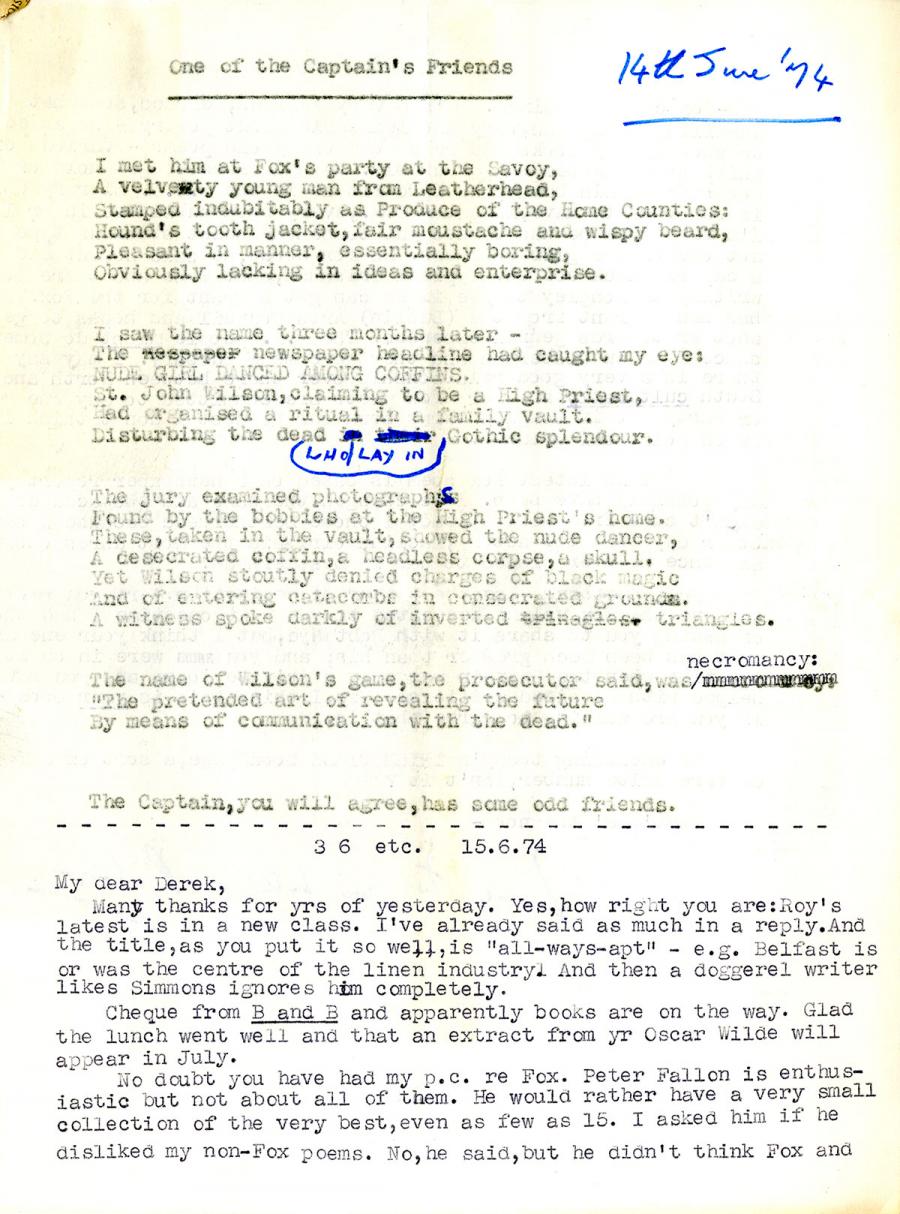 ﻿ One of the Captain's Friends

I met him at Fox's party at the Savoy,
A velvety young man from Leatherhead,
Stamped indubitably as Produce of the Home Counties:
Hound's tooth jacket, fair moustache and wispy beard,
Pleasant in manner, essentially boring,

I saw the name three months later -
The newspaper headline had caught my eye:
NUDE GIRL DANCING AMONG COFFINS.
St. John Wilson, claiming to be a High Priest,
Had organised a ritual in a family vault.
Disturbing the dead who lay in Gothic splendour.

The jury examined the photographs
Found by the bobbies at the high priests home.
These, taken in the vault, showed the nude dancer,
A dececrated coffin,a headless corpse,a skull.
And of entering catacombs in consecrated grounds.
A witness spoke darkly of inverted triangles.

The name of Wilson's game,the prosecutor said, was necromancy:
"The pretend art of revealing the future
By means of communication with the dead,"

Many thanks for yrs of yesterday. Yes,how right you are:Roy's
latest is in a new class. I've already said as much in a reply.And
the title,as you put it so well,is "all-ways-apt" - e.g. Belfast is
or was the centre of the linen industry. And then a doggerel writer
likes Simmons ignores him completely.

Cheque from B and B and apparently books are on the way. Glad
the lunch went well and that an extract from yr Oscar Wilde will
appear in July.

No doubt you have had my p.c. re Fox. Peter Fallon is enthus-
iastic but not about all of them. He would rather have a very small
collection of the very best,even as few as 15. I asked him if he