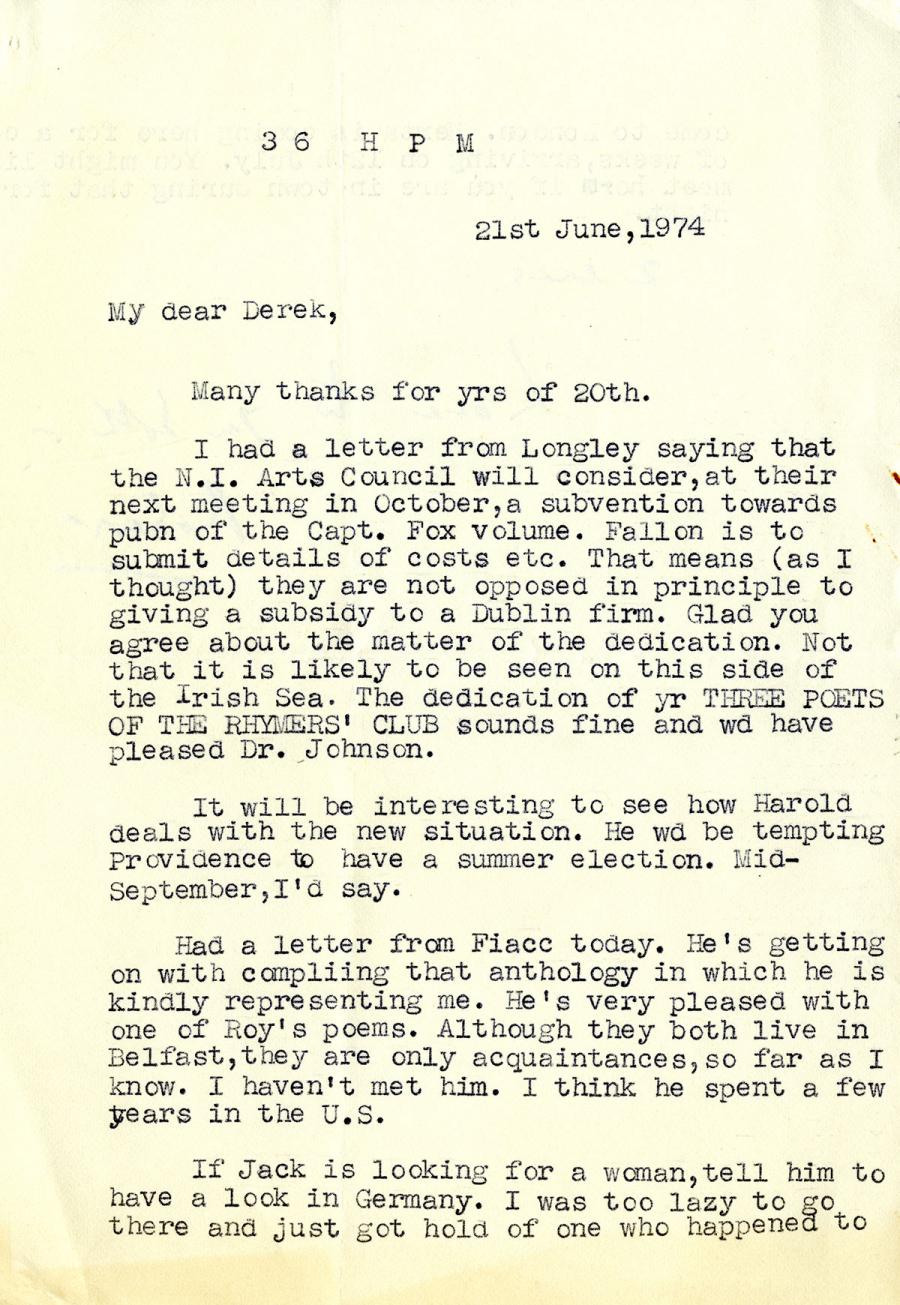 Many thanks for yrs of 20th.

I had a letter from Longley saying that
the N.I. Arts Council will consider,at their
next meeting in October,a subvention towards
pubn of the Capt. Fox volume. Fallon is to
submit details of costs etc. That means (as I
thought) they are not opposed in principle to
giving a subsidy to a Dublin firm. Glad you
agree about the matter of the dedication. Not
that it is likely to be seen on this side of
the Irish Sea. The dedication of yr THREE POETS
OF THE RHYMERS' CLUB sounds fine and wd have
pleased Dr. Johnson.

It will be interesting to see how Harold
deals with the new situation. He wd be tempting
Providence to have a summer election. Mid-
September, I'd say.

Had a letter from Fiacc today. He's getting
on with compliing that anthology in which he is
kindly representing me. He’s very pleased with
one of Roy’s poems. Although they both live in
Belfast,they are only acquaintances,so far as I
know. I haven’t met him. I think he spent a few
years in the U.S.

If Jack is looking for a woman,tell him to
have a look in Germany. I was too lazy to go
there and just got hold of one who happened to