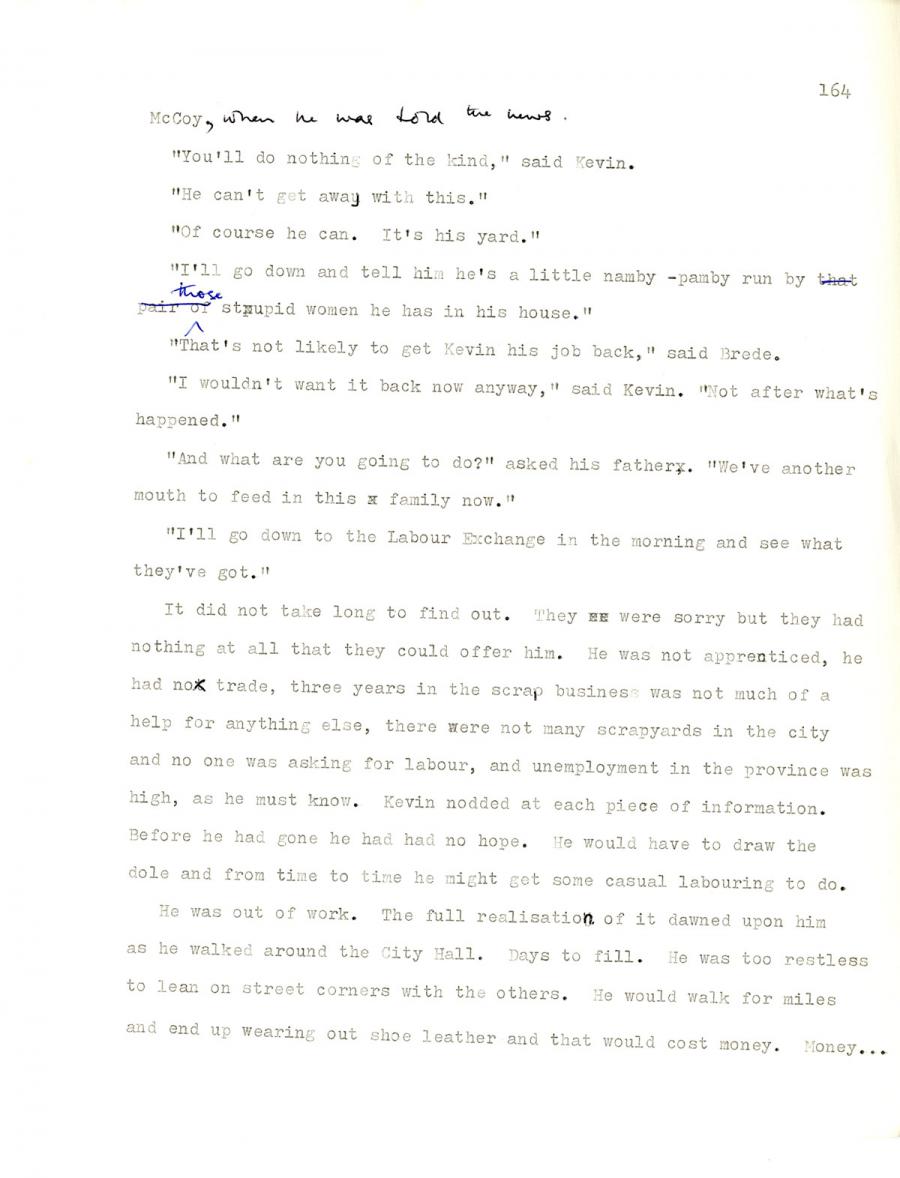 McCoy, when he was told the news.

"You'll do nothin of the kind," said Kevin.

"He can't get away with this."

"I'll go down and tell him he's a little namby-pamby run by those stsupid women he has in his house."

"That's not likely to get Kevin his job back," said Brede.

"I wouldn't want it back now anyway," said Kevin. "Not after what's
happened."

"And what are you going to do?" asked his father. "We've another
mouth to feed in this family now."

"I'll go down to the Labour Exchange in the morning and see what
they've got."

It did not take long to find out. They were sorry but they had
nothing at all that they could offer him. He was not apprenticed, he
had no trade, three years in the scrap busines was not much of a
help for anything else, there were not many scrapyards in the city
and no one was asking for labour, and unemployment in the province was
high, as he must know. Kevin nodded at each piece of information.
Before he had gone he had had no hope. 'Te would have to draw the
dole and from time to time he might get some casual labouring to do.

He was out of work. The full realisation of it dawned upon him
as he walked around the City Hall. Days to fill. He was too restless
to lean on street corners with the others. He would walk for miles
and end up wearing out shoe leather and that would cost money. Money...