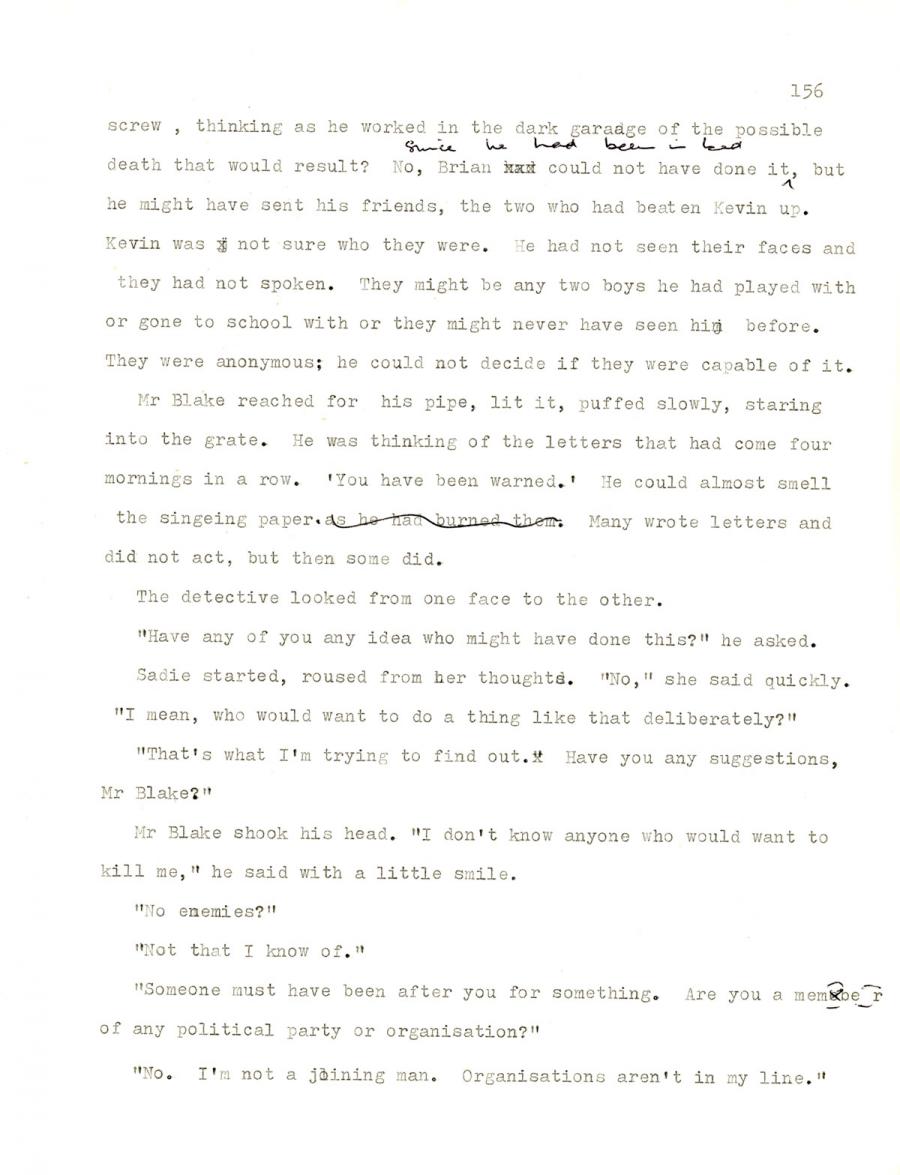 ﻿screw , thinking as he worked in the dark garage of the possible
death that would result? No, Brian could not have done it since he had been in bed, but
he might have sent his friends, the two who had beaten Kevin up.
Kevin was not sure who they were. He had not seen their faces and
they had not spoken. They might be any two boys he had played with
or gone to school with or they might never have seen him before.
They were anonymous; he could not decide if they were capable of it.

Mr Blake reached for his pipe, lit it, puffed slowly, staring
into the grate. He was thinking of the letters that had come four
mornings in a row. 'You have been warned.' He could almost smell
the singeing paper. Many wrote letters and
did not act, but then some did.

The detective looked from one face to the other.

"Have any of you any idea who might have done this?" he asked.

Sadie started, roused from her thoughts. "No," she said quickly.
"I mean, who would want to do a thing like that deliberately?"

"That's what I'm trying to find out. Have you any suggestions,
Mr Blake?"

Mr Blake shook his head. "I don't know anyone who would want to
kill me," he said with a little smile.

"Someone must have been after you for something. Are you a membe r
of any political party or organisation?"

"No. I'm not a joining man. Organisations aren't in my line."