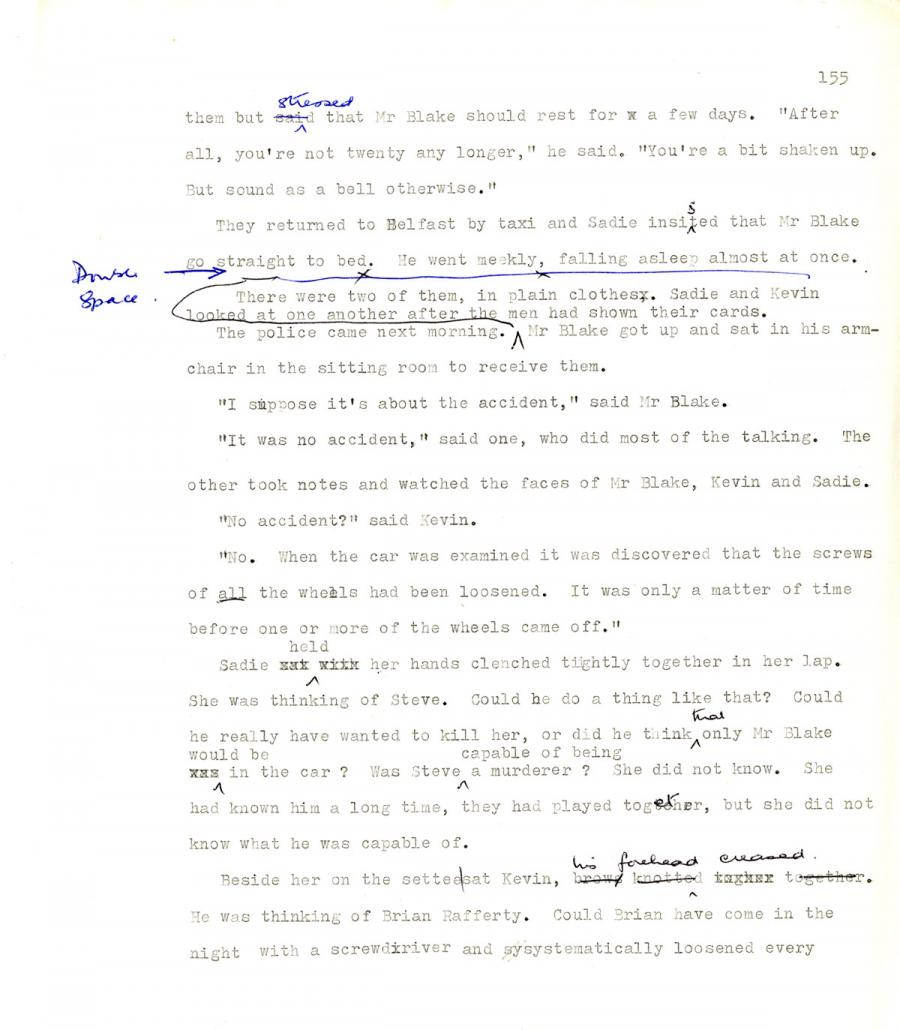 them but stressed that Mr Blake should rest for a few days. "After
all, you’re not twenty any longer," he said. "You're a bit shaken up.
But sound as a bell otherwise."

They returned to Belfast by taxi and Sadie insisted that Mr Blake
go straight to bed. He went meekly, falling asleep almost at once.

The police came next morning. There were two of them, in plain clothes. Sadie and Kevin
looked at one another after the men had shown their cards. Mr Blake got up and sat in his arm-
chair in the sitting room to receive them.

"I suppose it’s about the accident," said Mr Blake.

"It was no accident," said one, who did most of the talking. The
other took notes and watched the faces of Mr Blake, Kevin and Sadie.

"No. When the car was examined it was discovered that the screws
of all the wheels had been loosened. It was only a matter of time
before one or more of the wheels came off."

Sadie held her hands clenched tightly together in her lap.
She was thinking of Steve. Could he do a thing like that? Could
he really have wanted to kill her, or did he think that only Mr Blake
would be in the car ? Was Steve capable of being a murderer? She did not know. She
had known him a long time, they had played together, but she did not
know what he was capable of.

Beside her on the settee/sat Kevin, his forehead creased.
He was thinking of Brian Rafferty. Could Brian have come in the
night with a screwdiriver and systematically loosened every