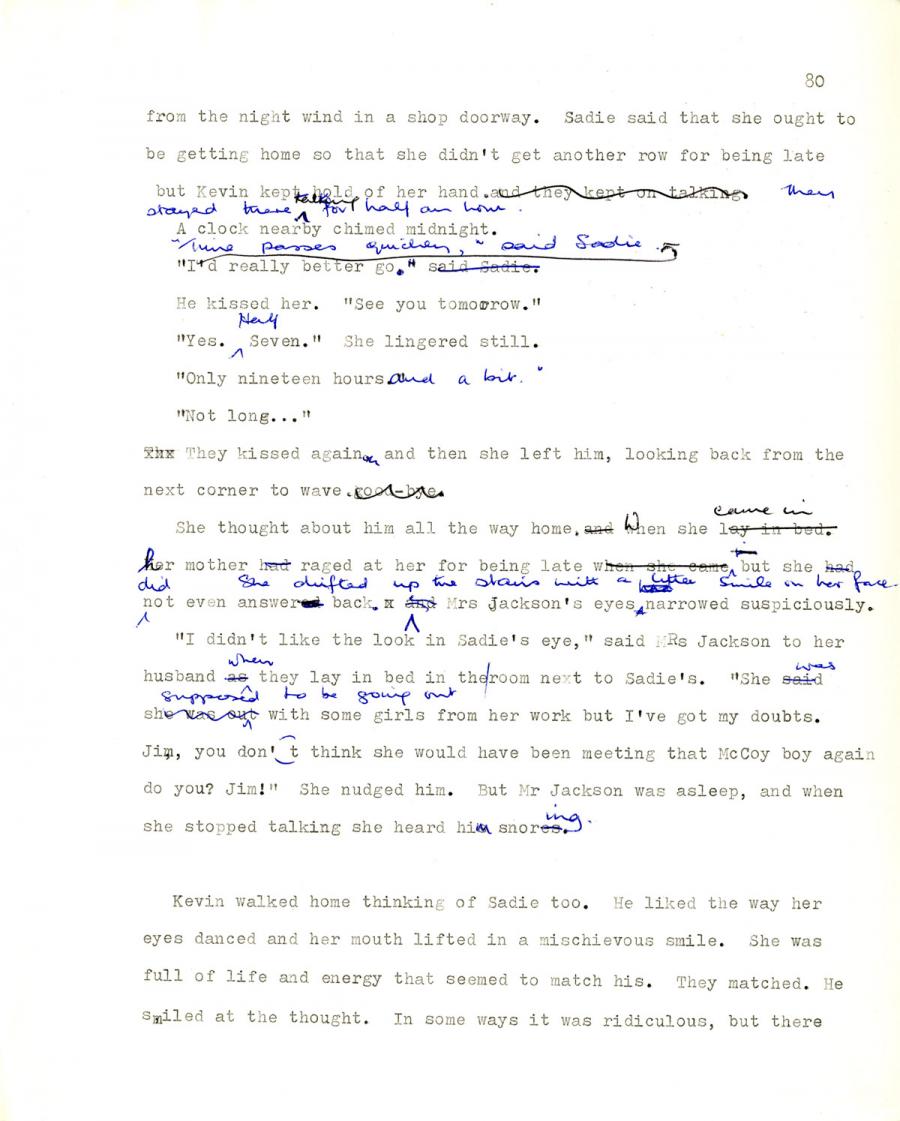 from the night wind in a shop doorway. Sadie said that she ought to
be getting home so that she didn't get another row for being late
but Kevin kept hold of her hand. They stayed there talking for half an hour.

A clock nearby chimed midnight. .

He kissed her. "See you tomorrow."

"Yes. Half Seven." She lingered still.

"Only nineteen hours and a bit."

They kissed again and then she left him, looking back from the
next corner to wave .

She thought about him all the way home. When she came in
her mother raged at her for being late but she did
not even answer back.She drifted up the stairs with a little smile on her face. Mrs Jackson's eyes narrowed suspiciously.

"I didn't like the look in Sadie's eye," said Mrs Jackson to her
husband when they lay in bed in the/room next to Sadie's. "She was supposed to be going out
with some girls from her work but I've got my doubts.
Jim, you don' t think she would have been meeting that McCoy boy again
do you? Jim!" She nudged him. But Mr Jackson was asleep, and when
she stopped talking she heard him snoring.

Kevin walked home thinking of Sadie too. He liked the way her
eyes danced and her mouth lifted in a mischievous smile. She was
full of life and energy that seemed to match his. They matched. He
smiled at the thought. In some ways it was ridiculous, but there