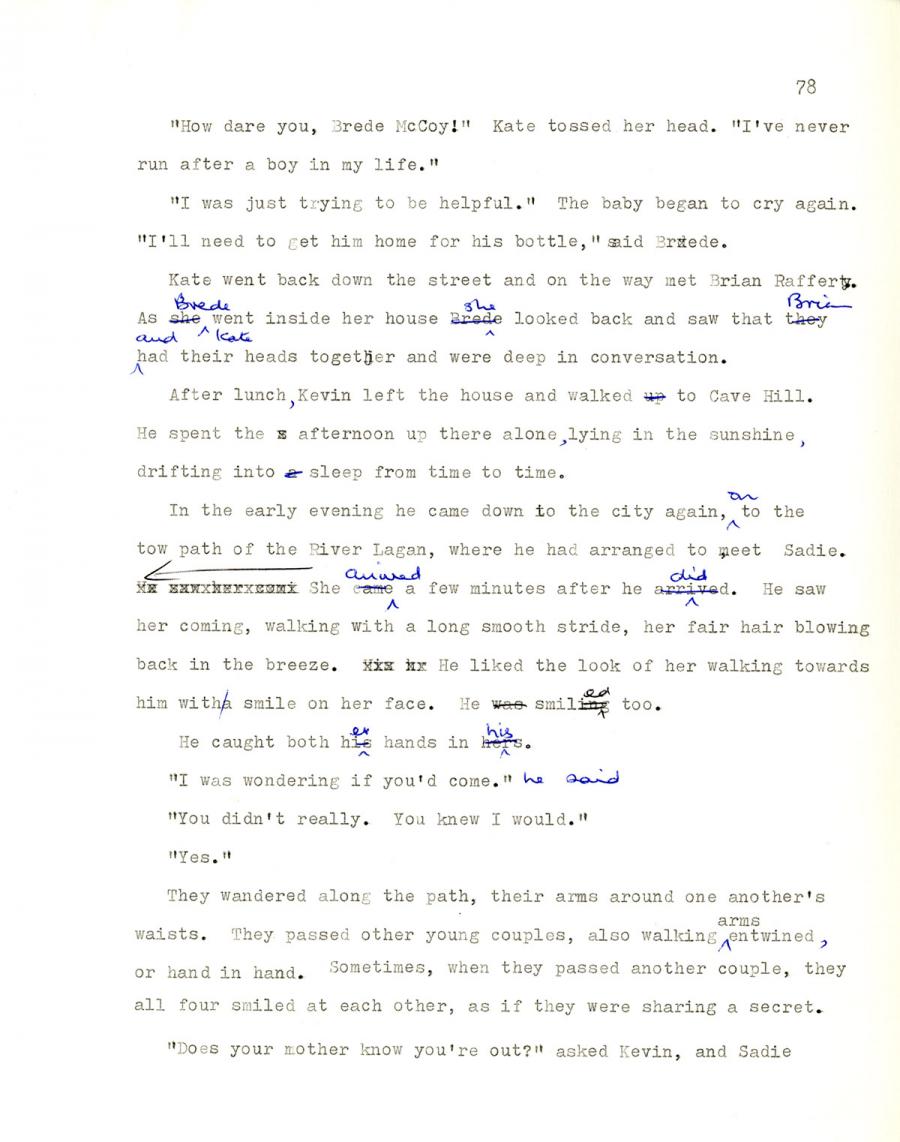 "How dare you, Brede McCoy!" Kate tossed her head. "I’ve never
run after a boy in my life."

"I was just trying to be helpful." The baby began to cry again.
"I'll need to get him home for his bottle," said Brede.

Kate went back down the street and on the way met Brian Rafferty.
As Brede went inside her house she looked back and saw that Brian and Kate
had their heads together and were deep in conversation.

After lunch^Kevin left the house and walked to Cave Hill.
He spent the s afternoon up there alone, lying in the sunshine,
drifting into sleep from time to time.

In the early evening he came down to the city again, on to the
tow path of the River Lagan, where he had arranged to meet Sadie.

She arrived a few minutes after he did. He saw
her coming, walking with a long smooth stride, her fair hair blowing
back in the breeze. He liked the look of her walking towards
him with/a smile on her face. He smiled too.

He caught both her hands in his.

"I was wondering if you’d come." he said

"You didn't really. You knew I would."

They wandered along the path, their arms around one another's
waists. They passed other young couples, also walking arms entwined,
or hand in hand. Sometimes, when they passed another couple, they
all four smiled at each other, as if they were sharing a secret.

"Does your mother know you're out?" asked Kevin, and Sadie