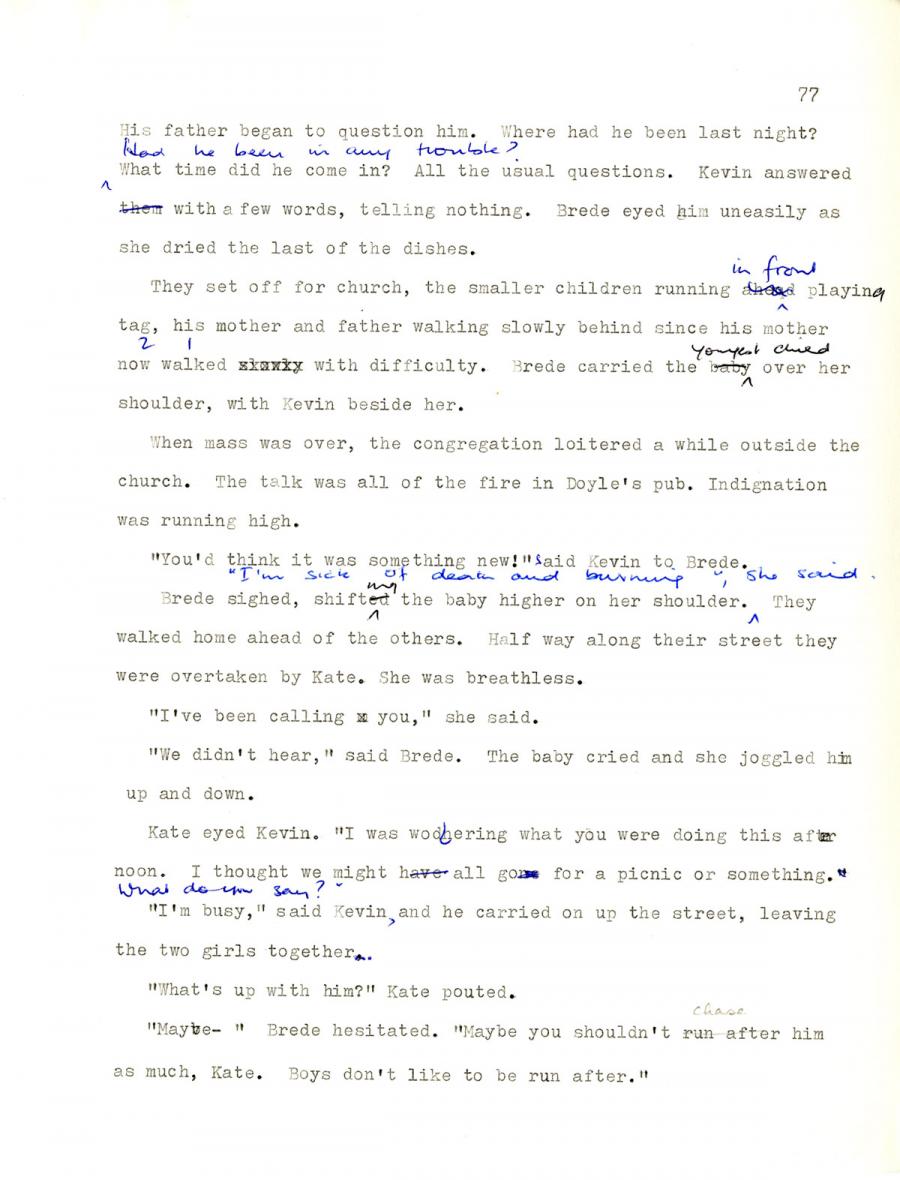 His father began to question him. Where had he been last night?
Had he been in any trouble? What time did he come in? All the usual questions. Kevin answered
with a few words, telling nothing. Brede eyed him uneasily as
she dried the last of the dishes.

They set off for church, the smaller children running in front playing
tag, his mother and father walking slowly behind since his mother
now walked with difficulty. Brede carried the youngest child over her
shoulder, with Kevin beside her.

When mass was over, the congregation loitered a while outside the
church. The talk was all of the fire in Doyle's pub. Indignation
was running high.

"You'd think it was something new!" said Kevin to Brede.

Brede sighed, shifting the baby higher on her shoulder. "I'm sick of death and burning" she said. They
walked home ahead of the others. Half way along their street they
were overtaken by Kate. She was breathless.

"I've been calling you," she said.

"We didn't hear," said Brede. The baby cried and she joggled him
up and down.

Kate eyed Kevin. "I was wodnering what you were doing this after
noon. I thought we might all go for a picnic or something.
What do you say?"

"I'm busy," said Kevin, and he carried on up the street, leaving
the two girls together.

"What's up with him?" Kate pouted.

"Maybe- " Brede hesitated. "Maybe you shouldn't chase him
as much, Kate. Boys don't like to be run after."