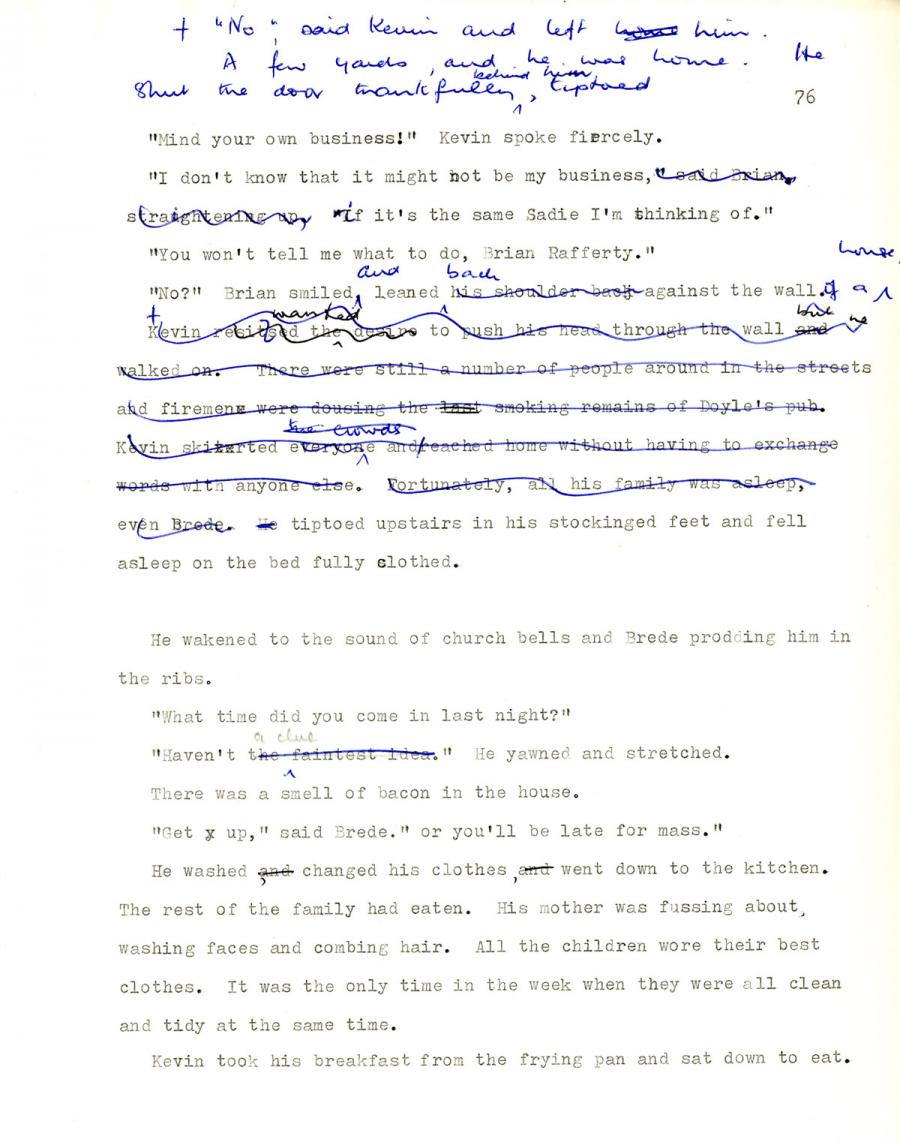 "I don't know that it might not be my business,
"If it's the same Sadie I'm thinking of."

"You won't tell me what to do, Brian Rafferty."

"No?" Brian smiled, andleaned back against the wall of a house.

"No" said Kevin and left him.

A few yards, and he was home. He shut the door thankfully behind him, tiptoed upstairs in his stockinged feet and fell
asleep on the bed fully clothed.

He wakened to the sound of church bells and Brede prodding him in
the ribs.

"What time did you come in last night?"

"Haven't a clue. " He yawned and stretched.

There was a smell of bacon in the house.

He washed ,changed his clothes, went dovm to the kitchen.
The rest of the family had eaten. His mother was fussing about,
washing faces and combing hair. All the children wore their best
clothes. It was the only time in the week when they were all clean
and tidy at the same time.

Kevin took his breakfast from the frying pan and sat down to eat.