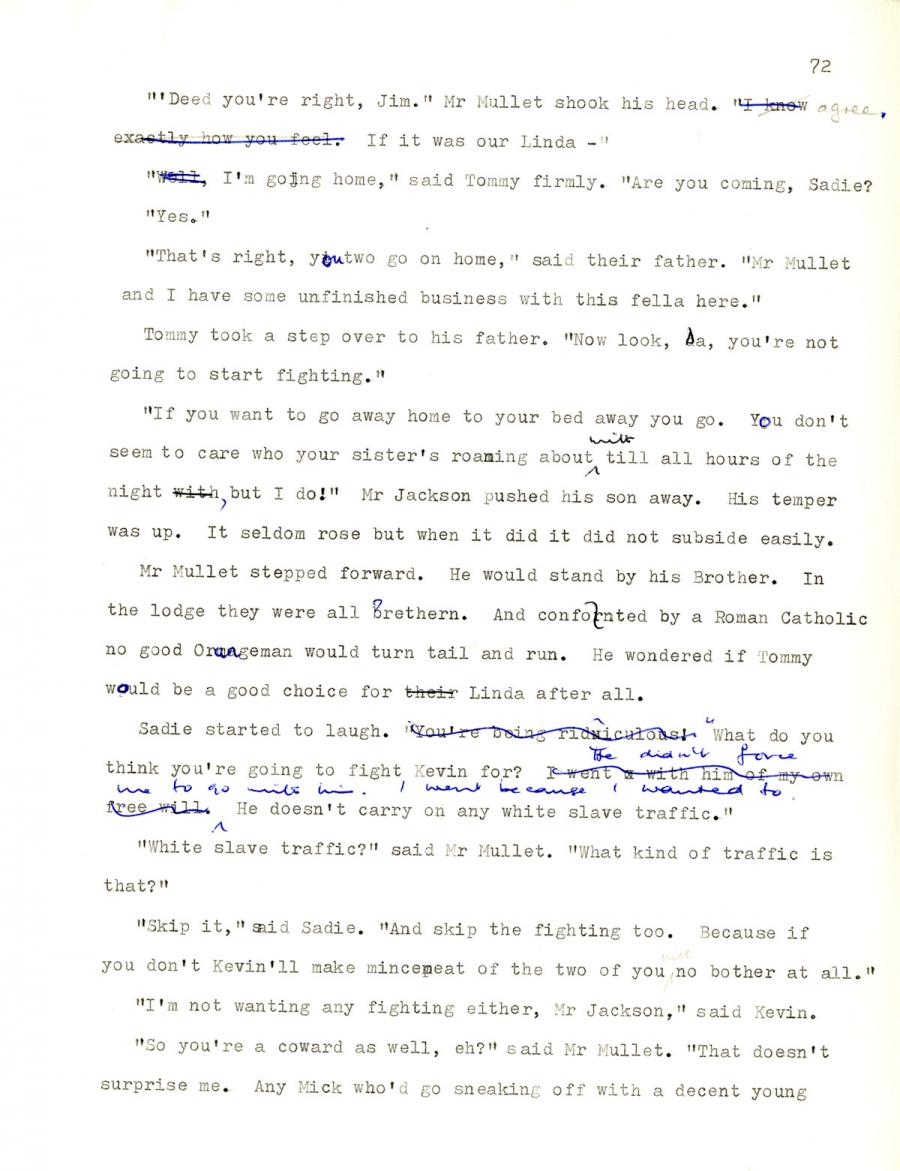 "That's right, you two go on home," said their father. "Mr Mullet
and I have some unfinished business with this fella here."

Tommy took a step over to his father. "Now look, Da, you're not
going to start fighting."

"If you want to go away home to your bed away you go. You don't
seem to care who your sister's roaming about with till all hours of the
night , but I do!" Mr Jackson pushed his son away. His temper
was up. It seldom rose but when it did it did not subside easily.

Mr Mullet stepped forward. He would stand by his Brother. In
the lodge they were all Brethern. And confornted by a Roman Catholic
no good Orangeman would turn tail and run. He wondered if Tommy
would be a good choice for Linda after all.

Sadie started to laugh. " What do you
think you're going to fight Kevin for? He didn't force me to go with him. I went because I wanted to. He doesn't carry on any white slave traffic."

"White slave traffic?" said Mr Mullet. "What kind of traffic is
that?"

"Skip it, "said Sadie. "And skip the fighting too. Because if
you don't Kevin'll make mincemeat of the two of you no bother at all."

"I'm not wanting any fighting either, Mr Jackson," said Kevin.

"So you're a coward as well, eh?" said Mr Mullet. "That doesn't
surprise me. Any Mick who'd go sneaking off with a decent young