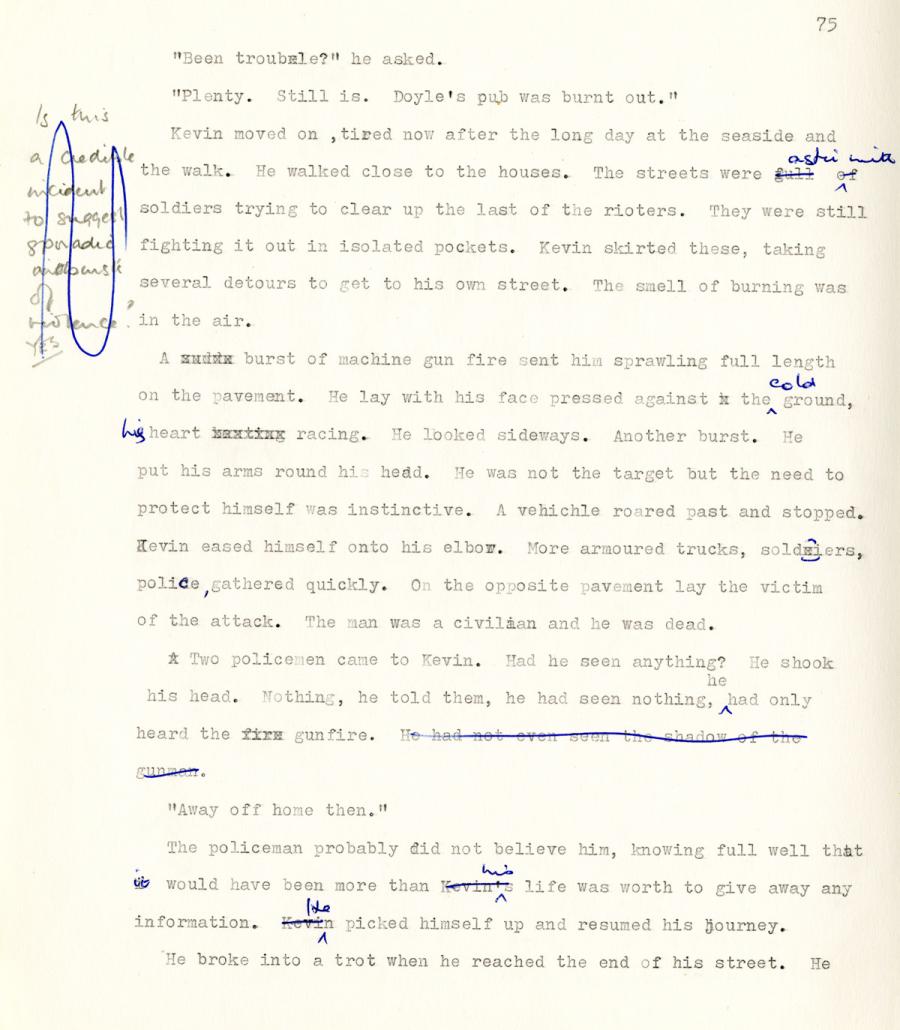 "Plenty. Still is. Doyle's pub was burnt out."

Kevin moved on ,tired now after the long day at the seaside and
the walk. He walked close to the houses. The streets were astir with
soldiers trying to clear up the last of the rioters. They were still
fighting it out in isolated pockets. Kevin skirted these, taking
several detours to get to his own street. The smell of burning was
in the air.

A burst of machine gun fire sent him sprawling full length
on the pavement. He lay with his face pressed against the cold ground,
his heart racing. He looked sideways. Another burst. He
put his arms round his head. He was not the target but the need to
protect himself was instinctive. A vehichle roared past and stopped.
Kevin eased himself onto his elbow. More armoured trucks, soldiers,
police gathered quickly. On the opposite pavement lay the victim
of the attack. The man was a civilian and he was dead.

Two policemen came to Kevin. Had he seen anything? He shook
his head. Nothing, he told them, he had seen nothing, he had only
heard the gunfire.

"Away off home then."

The policeman probably did not believe him, knowing full well that
it would have been more than his life was worth to give away any
information. He picked himself up and resumed his journey.

He broke into a trot when he reached the end of his street. He