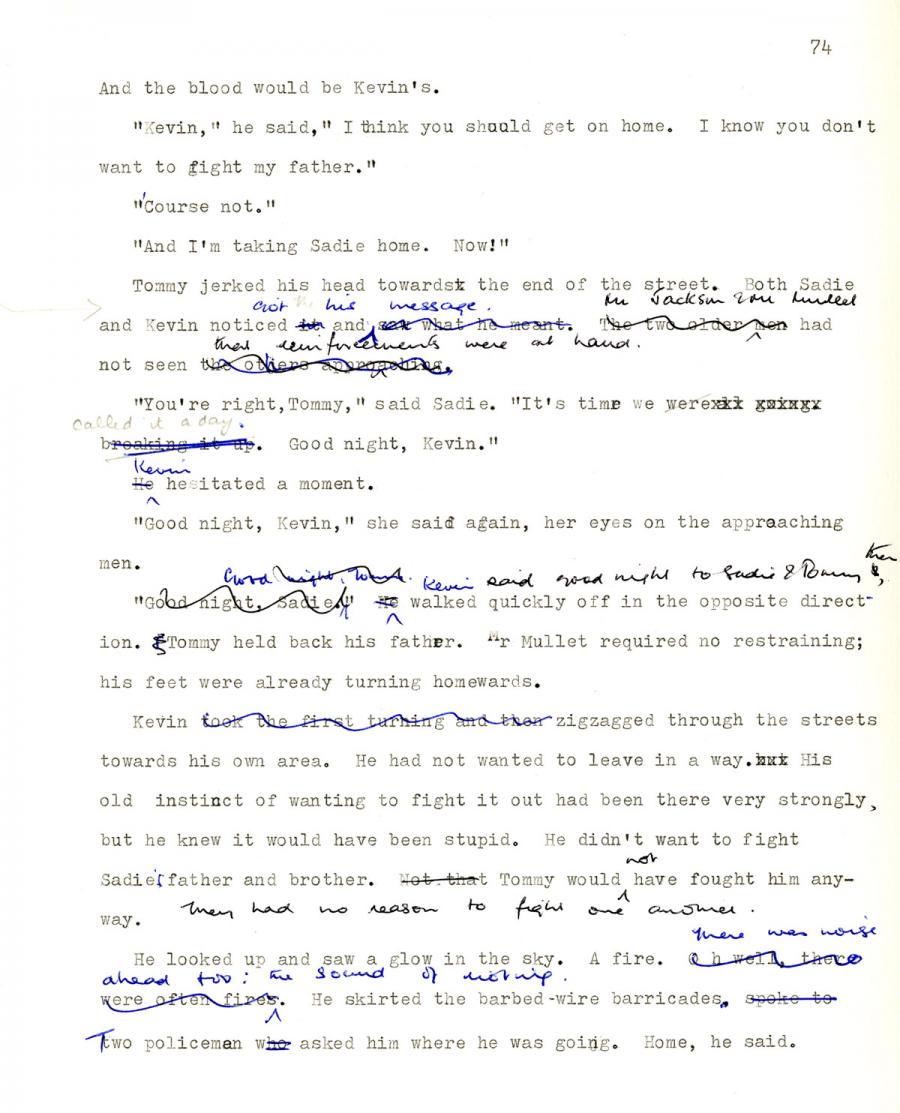 And the blood would be Kevin's.

"Kevin," he said," I think you should get on home. I know you don't
want to fight my father."

Tommy jerked his head towards the end of the street. Both Sadie
and Kevin noticed and got his message. Mr Jackson had not seen that reinforcements were at hand.

"Good night, Kevin," she said again, her eyes on the approaching
men.

Kevin said good night to Sadie and Tommy then walked quickly off in the opposite direct-
ion. Tommy held back his father. Mr Mullet required no restraining;
his feet were already turning homewards.

Kevin zigzagged through the streets
towards his own area. He had not wanted to leave in a way. His
old instinct of wanting to fight it out had been there very strongly,
but he knew it would have been stupid. He didn't want to fight
Sadie's father and brother. Tommy would nothave fought him any-
way. They had no reason to fight one another.

He looked up and saw a glow in the sky. A fire. There was noise ahead too: the sound of rioting. He skirted the barbed-wire barricades.

Two policeman asked him where he was going. Home, he said.