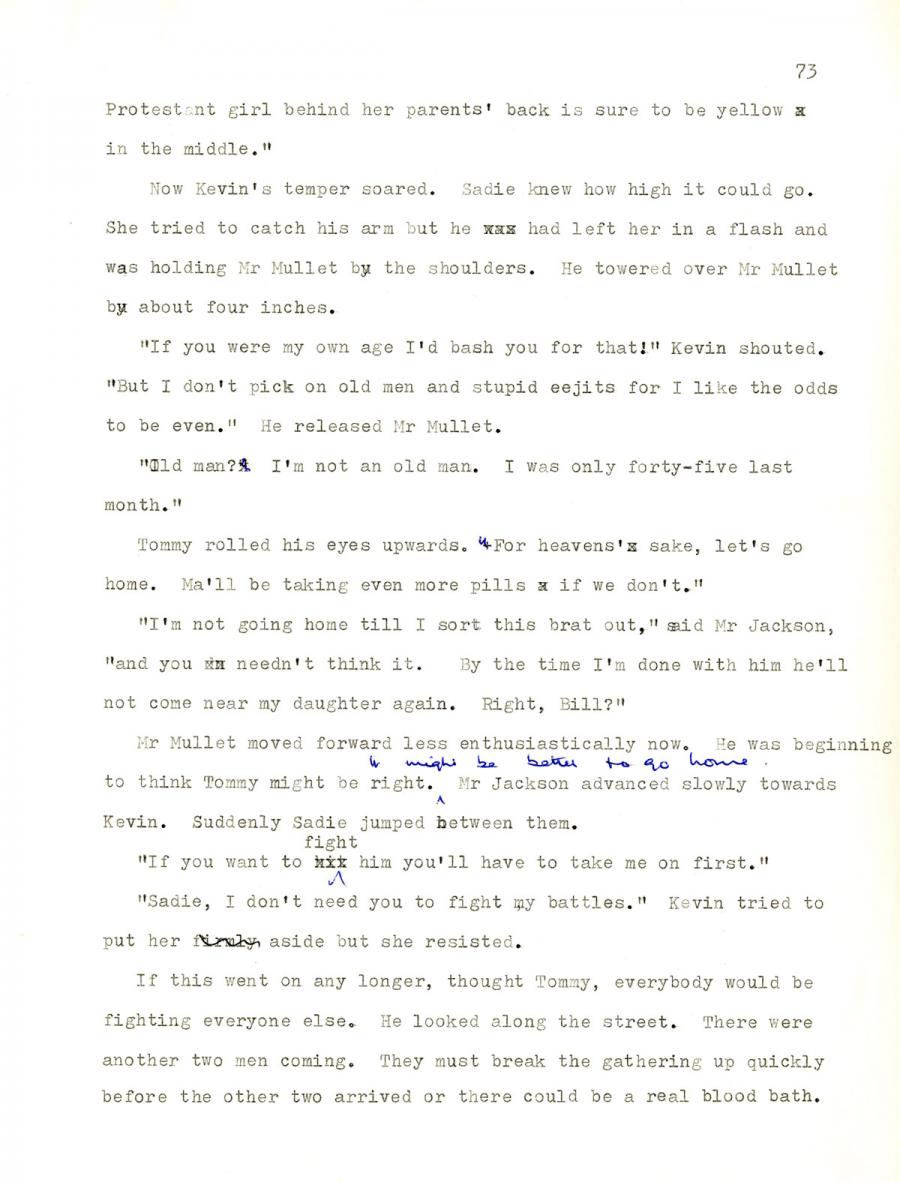 Protestant girl behind her parents' back is sure to be yellow
in the middle."

Now Kevin's temper soared. Sadie knew how high it could go.
She tried to catch his arm but he had left her in a flash and
was holding Mr Mullet by the shoulders. He towered over Mr Mullet
by about four inches.

"If you were my own age I'd bash you for that!" Kevin shouted.
"But I don't pick on old men and stupid eejits for I like the odds
to be even." He released Mr Mullet.

"Old man? I'm not an old man. I was only forty-five last
month."

Tommy rolled his eyes upwards. "For heavens's sake, let's go
home. Ma'll be taking even more pills if we don't."

"I'm not going home till I sort this brat out," sad Mr Jackson,
"and you needn't think it. By the time I'm done with him he'll
not come near my daughter again. Right, Bill?"

Mr Mullet moved forward less enthusiastically now. He was beginning
to think Tommy might be right. It might be better to go home. Mr Jackson advanced slowly towards
Kevin. Suddenly Sadie jumped between them,

"If you want to fight him you'll have to take me on first."

"Sadie, I don't need you to fight my battles." Kevin tried to
put her aside but she resisted.

If this went on any longer, thought Tommy, everybody would be
fighting everyone else. He looked along the street. There were
another two men coming. They must break the gathering up quickly
before the other two arrived or there could be a real blood bath.