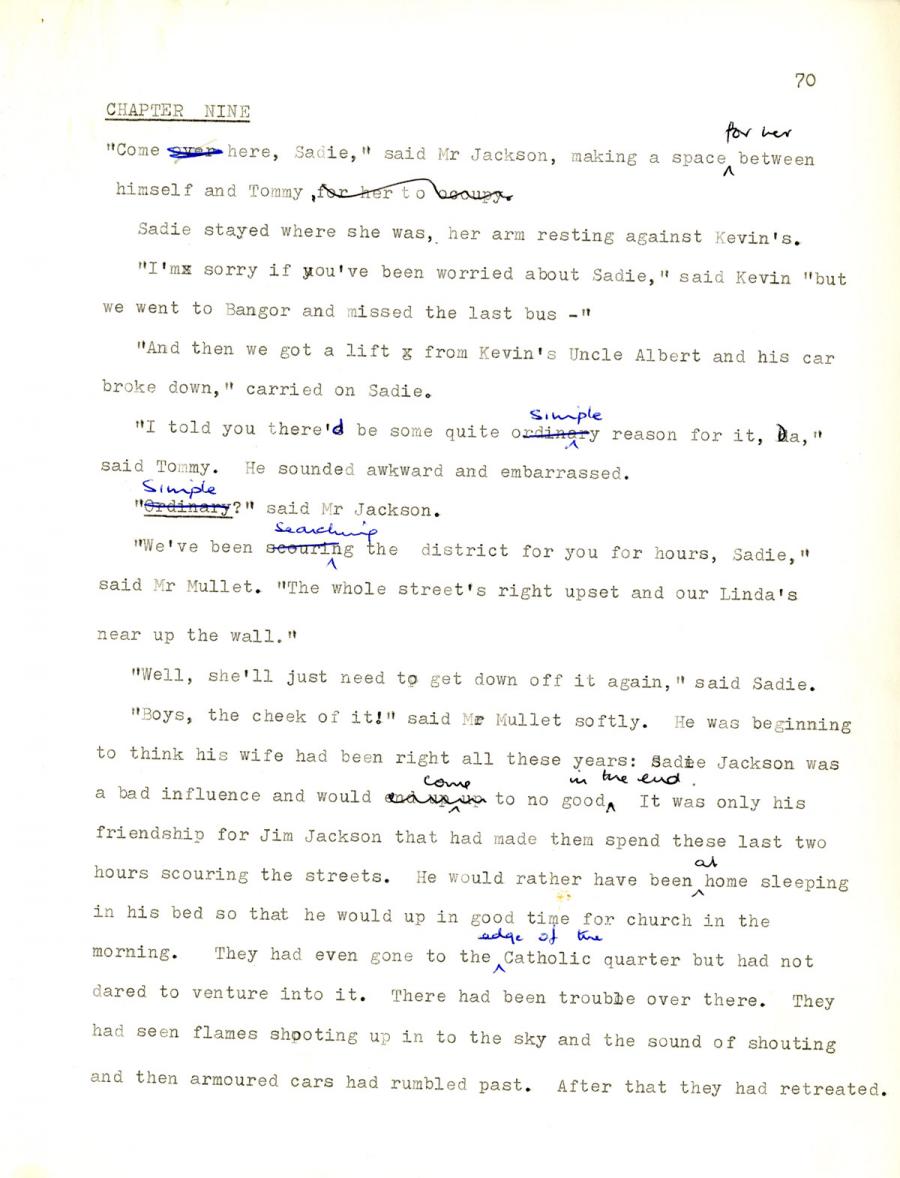 "Come here, Sadie," said Mr Jackson, making a space for her between
himself and Tommy .

Sadie stayed where she was, her arm resting against Kevin's.

"I'm sorry if you've been worried about Sadie," said Kevin "but
we went to Bangor and missed the last bus -"

"And then we got a lift from Kevin's Uncle Albert and his car
broke down," carried on Sadie.

"I told you there'd be some quite simple reason for it, Da, "
said Tommy. He sounded awkward and embarrassed.

"We've been searching the district for you for hours, Sadie,"
said .Mr Mullet. "The whole street's right upset and our Linda's
near up the wall."

"Well, she'll just need to get down off it again," said Sadie.

"Boys, the cheek of it!" said Mr Mullet softly. He was beginning
to think his wife had been right all these years: Sadie Jackson was
a bad influence and would come to no good in the end. It was only his
friendship for Jim Jackson that had made them spend these last two
hours scouring the streets. He would rather have been athome sleeping
in his bed so that he would up in good time for church in the
morning. They had even gone to the edge of the Catholic quarter but had not
dared to venture into it. There had been trouble over there. They
had seen flames shooting up in to the sky and the sound of shouting
and then armoured cars had rumbled past. After that they had retreated.