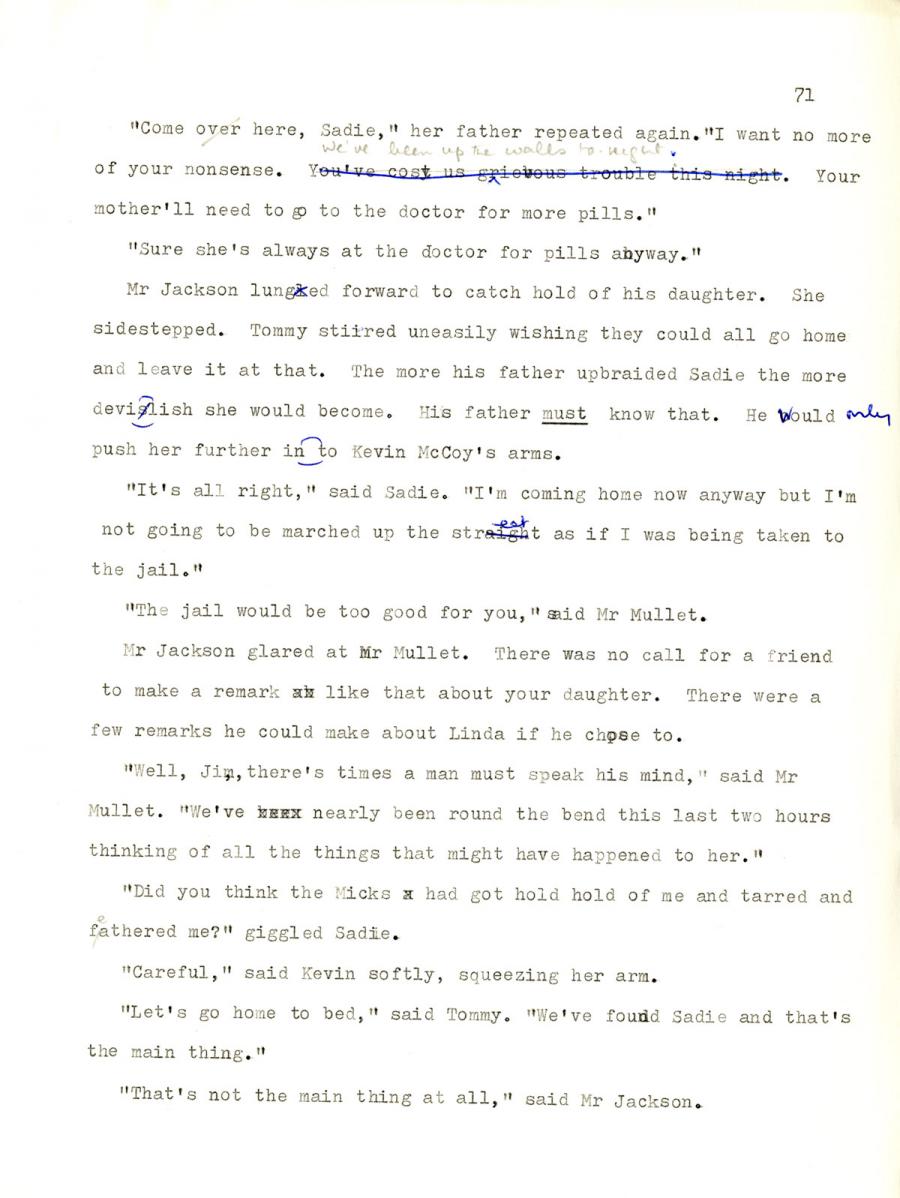 "Come over here, Sadie," her father repeated again."I want no more
of your nonsense. We've been up the walls tonight. Your
mother'll need to go to the doctor for more pills."

"Sure she's always at the doctor for pills anyway."

Mr Jackson lunged forward to catch hold of his daughter. She
sidestepped. Tommy stiired uneasily wishing they could all go home
and leave it at that. The more his father upbraided Sadie the more
devilish she would become. His father must know that. He would only
push her further in to Kevin McCoy's arms.

"It's all right," said Sadie. "I'm coming home now anyway but I'm
not going to be marched up the street as if I was being taken to
the jail."

"The jail would be too good for you," said Mr Mullet.

Mr Jackson glared at Mr Mullet. There was no call for a friend
to make a remark like that about your daughter. There were a
few remarks he could make about Linda if he chose to.

"Well, Jim, there's times a man must speak his mind," said Mr
Mullet. "We've nearly been round the bend this last two hours
thinking of all the things that might have happened to her."

"Did you think the Micks had got hold hold of me and tarred and
feathered me?" giggled Sadie.

"That's not the main thing at all," said Mr Jackson.