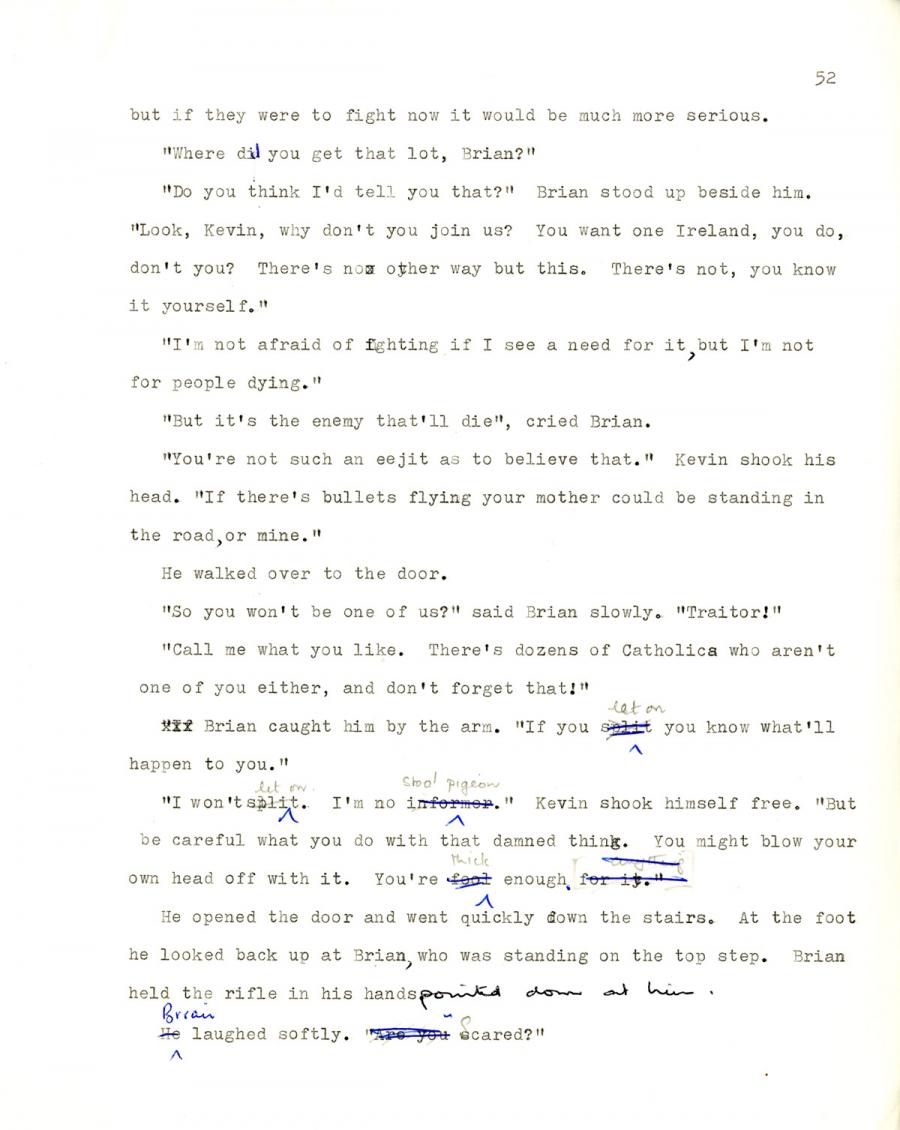 but if they were to fight now it would be much more serious.

"Where did you get that lot, Brian?"

"Do you think I'd tell you that?" Brian stood up beside him.
"Look, Kevin, why don't you join us? You want one Ireland, you do,
don't you? There's no other way but this. There's not, you know
it yourself."

"I'm not afraid of fighting if I see a need for it, but I'm not
for people dying."

"But it's the enemy that'll die", cried Brian.

"You're not such an eejit as to believe that." Kevin shook his
head. "If there's bullets flying your mother could be standing in
the road, or mine."

He walked over to the door.

"Call me what you like. There's dozens of Catholics who aren't
one of you either, and don't forget that!"

Brian caught him by the arm. "If you let on you know what'll
happen to you."

"I won't let on. I'm no stool pigeon." Kevin shook himself free. "But
be careful what you do with that damned thing. You might blow your
own head off with it. You're thick enough. "

He opened the door and went quickly down the stairs. At the foot
he looked back up at Brian, who was standing on the top step. Brian
held the rifle in his hands pointed down at him.