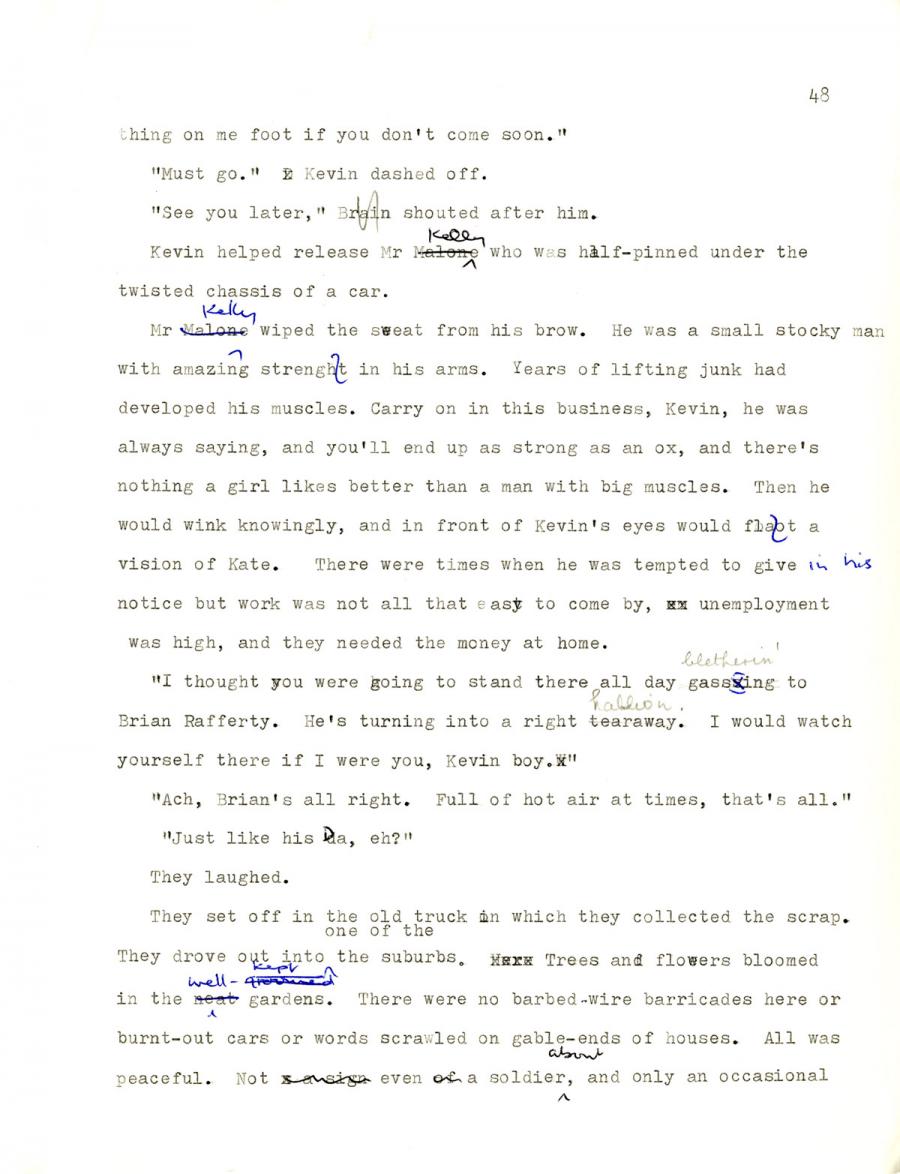 thing on me foot if you don't come soon."

"Must go." Kevin dashed off.

"See you later," Brian shouted after him.

Kevin helped release Mr Kelly who was half-pinned under the
twisted chassis of a car.

Mr Kelly wiped the sweat from his brow. He was a small stocky man
with amazing strenght in his arms. Years of lifting junk had
developed his muscles. Carry on in this business, Kevin, he was
always saying, and you'll end up as strong as an ox, and there's
nothing a girl likes better than a man with big muscles. Then he
would wink knowingly, and in front of Kevin's eyes would flaot a
vision of Kate. There were times when he was tempted to give in his
notice but work was not all that easy to come by, unemployment
was high, and they needed the money at home.

"I thought you were going to stand there all day gassing to
Brian Rafferty. He's turning into a right hallion. I would watch
yourself there if I were you, Kevin boy."

They set off in the old truck in which they collected the scrap,

They drove out into one of the the suburbs. Trees and flowers bloomed
in the well-kept gardens. There were no barbed-wire barricades here or
burnt-out cars or words scrawled on gable-ends of houses. All was
peaceful. Not even soldier about, and only an occasional