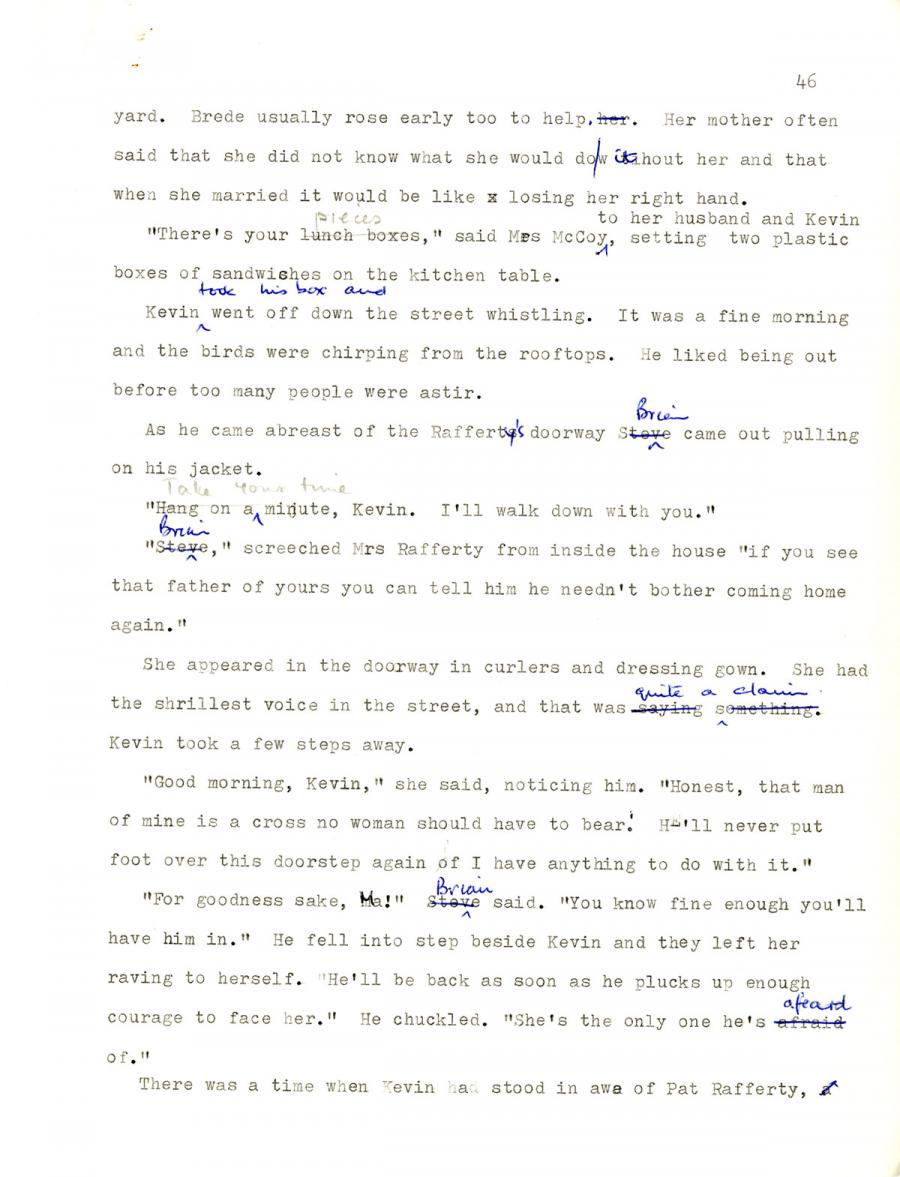 yard. Brede usually rose early too to help . Her mother often
said that she did not know what she would do without her and that
when she married it would be like losing her right hand.

"There’s your pieces," said Mrs McCoy to her husband and Kevin, setting two plastic
boxes of sandwiehes on the kitchen table.

Kevin took his box and went off down the street whistling. It was a fine morning
and the birds were chirping from the rooftops. He liked being out
before too many people were astir.

As he came abreast of the Rafferty's doorway Brian came out pulling
on his jacket.

"Take your time, Kevin. I’ll walk down with you."

"Brian," screeched Mrs Rafferty from inside the house "if you see
that father of yours you can tell him he needn't bother coming home
again. "

She appeared in the doorway in curlers and dressing gown. She had
the shrillest voice in the street, and that was quite a claim.
Kevin took a few steps away.

"Good morning, Kevin," she said, noticing him. "Honest, that man
of mine is a cross no woman should have to bear.' He'll never put
foot over this doorstep again of I have anything to do with it."

"For goodness sake, Ma!" Brian said. "You know fine enough you'll
have him in." He fell into step beside Kevin and they left her
raving to herself. "He'll be back as soon as he plucks up enough
courage to face her." He chuckled. "She's the only one he's afeard
of."

There was a time when Kevin had stood in awa of Pat Rafferty,