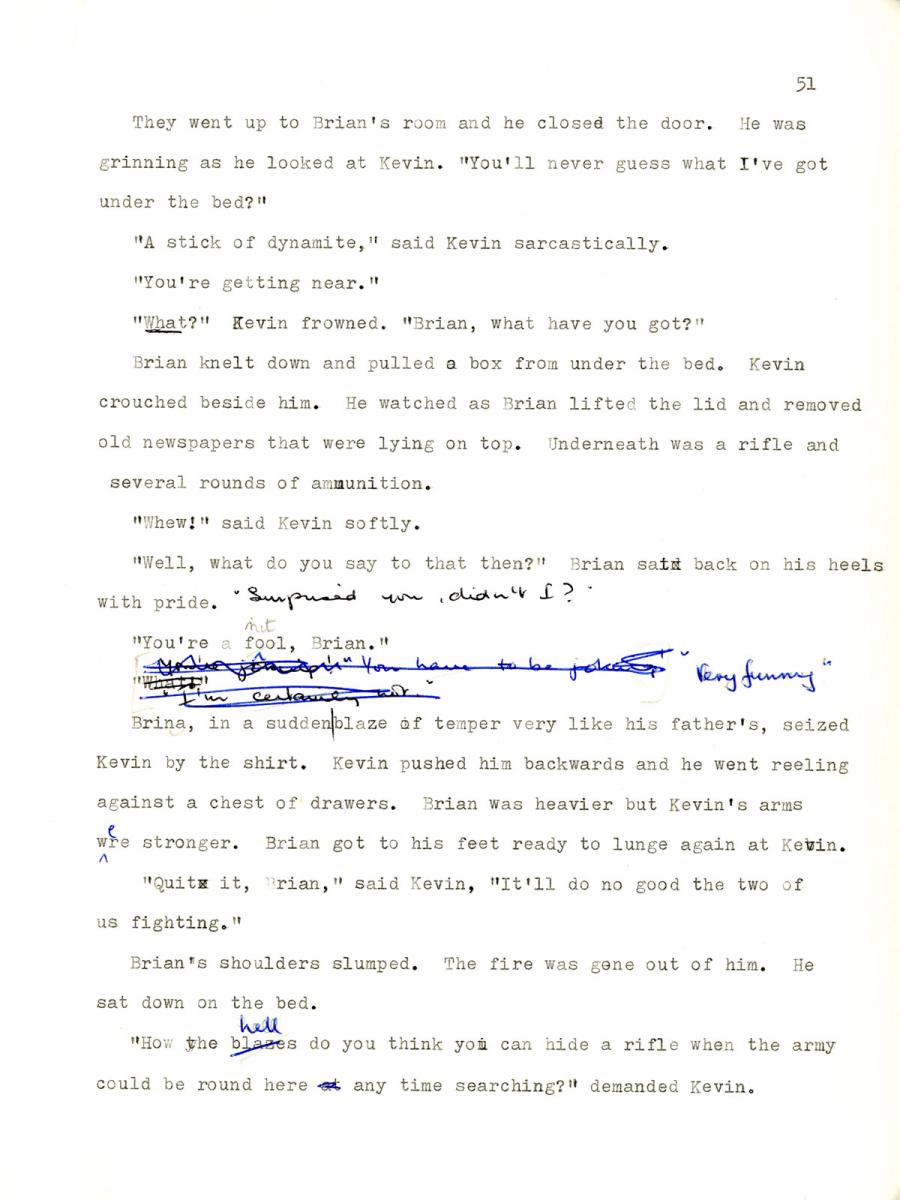 They went up to Brian’s room and he closed the door. He was
grinning as he looked at Kevin. "You'll never guess what I've got
under the bed?"

"What?" Kevin frowned. "Brian, what have you got?"

Brian knelt down and pulled a box from under the bed. Kevin
crouched beside him. He watched as Brian lifted the lid and removed
old newspapers that were lying on top. Underneath was a rifle and
several rounds of ammunition.

"Well, what do you say to that then?" Brian sat back on his heels
with pride. "Surprised you, didn't I?"

Brina, in a suddenblaze of temper very like his father's, seized
Kevin by the shirt. Kevin pushed him backwards and he went reeling
against a chest of drawers. Brian was heavier but Kevin's arms
were stronger. Brian got to his feet ready to lunge again at Kevin.

Brian's shoulders slumped. The fire was gone out of him. He
sat down on the bed.

"How the hell do you think you can hide a rifle when the army
could be round here any time searching?" demanded Kevin