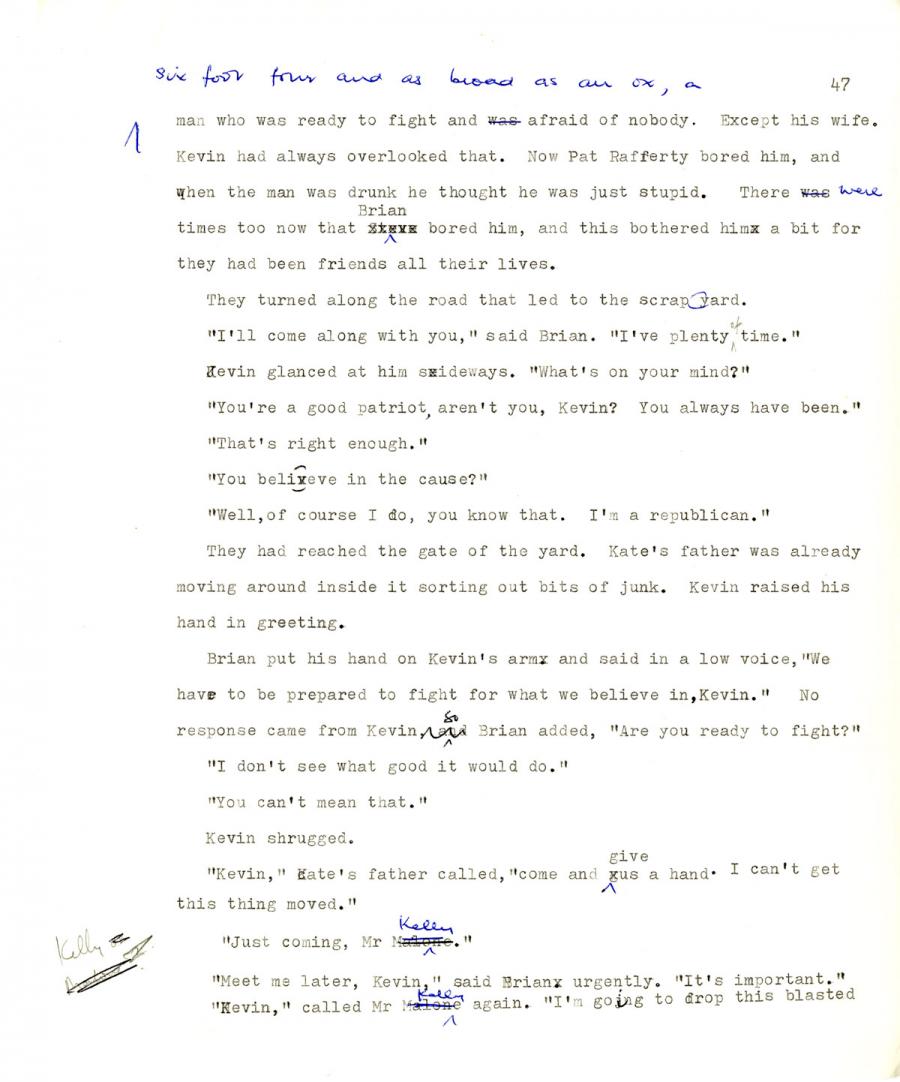 six foot four and as broad as an ox, a man who was ready to fight and afraid of nobody. Except his wife.
Kevin had always overlooked that. Now Pat Rafferty bored him, and
when the man was drunk he thought he was just stupid. There were
times too now that Brian bored him, and this bothered him a bit for
they had been friends all their lives.

They turned along the road that led to the scrapyard.

Kevin glanced at him sideways. "What's on your mind?"

"You're a good patriot, aren't you, Kevin? You always have been."

"You believe in the cause?"

"Well,of course I do, you know that. I'm a republican."

They had reached the gate of the yard. Kate's father was already
moving around inside it sorting out bits of junk. Kevin raised his
hand in greeting.

Brian put his hand on Kevin's arm and said in a low voice,"We
have to be prepared to fight for what we believe in,Kevin." No
response came from Kevin, so Brian added, "Are you ready to fight?"

"Kevin," Kate's father called, "come and give us a hand. I can't get
this thing moved."