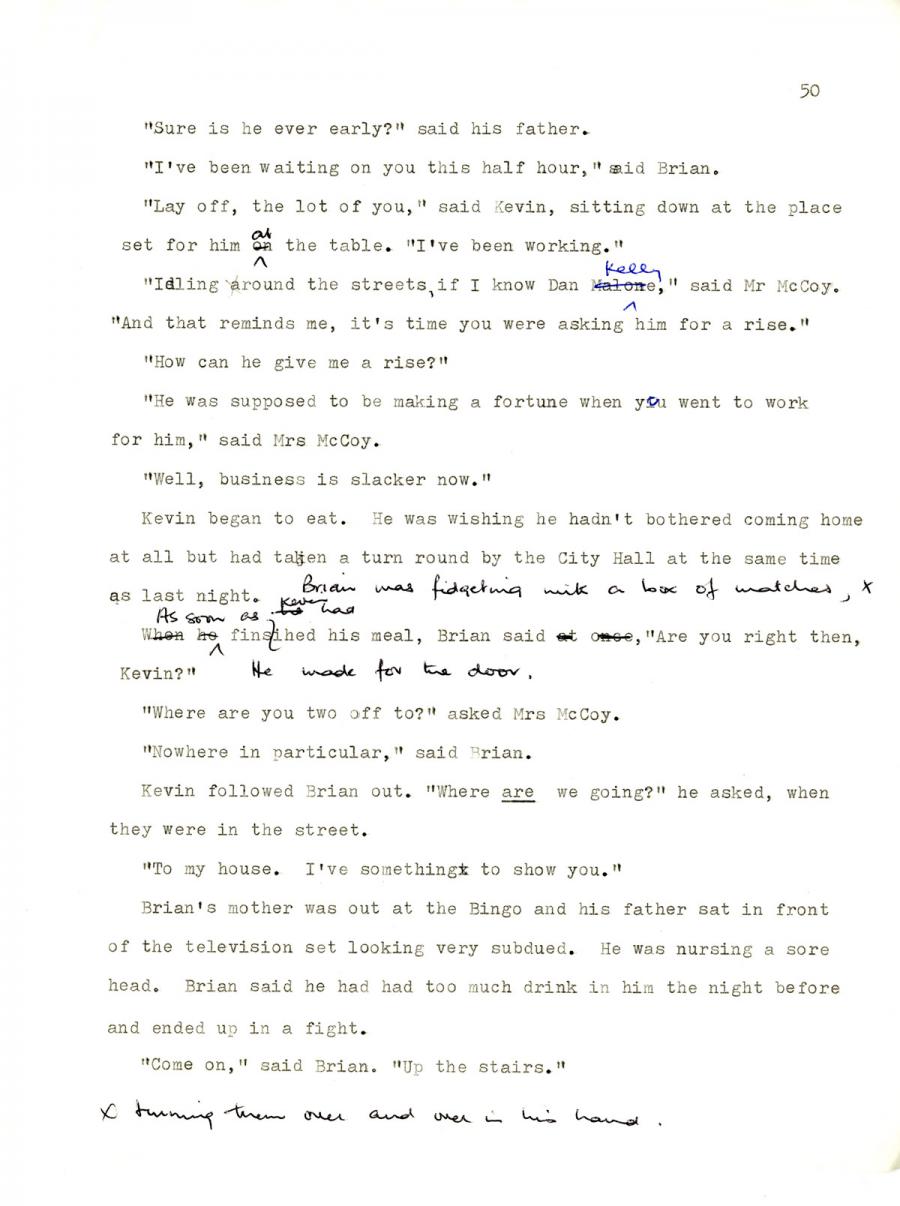 "Sure is he ever early?" said his father.

"I've been waiting on you this half hour," aid Brian.

"Lay off, the lot of you," said Kevin, sitting down at the place
set for him at the table. "I've been working."

"Idling round the streets, if I know Dan Kelly," said Mr McCoy.
"And that reminds me, it's time you were asking him for a rise."

"He was supposed to be making a fortune when you went to work
for him," said Mrs McCoy.

Kevin began to eat. He was wishing he hadn't bothered coming home
at all but had taken a turn round by the City Hall at the same time
as last night. Brian was fidgeting with a box of matches turning them over and over in his hand.As soon as Kevin had finsihed his meal, Brian said ,"Are you right then,
Kevin?" He made for the door

"Where are you two off to?" asked Mrs McCoy.

Kevin followed Brian out. "Where are we going?" he asked, when
they were in the street.

"To my house. I've something to show you."

Brian's mother was out at the Bingo and his father sat in front
of the television set looking very subdued. He was nursing a sore
head. Brian said he had had too much drink in him the night before
and ended up in a fight.