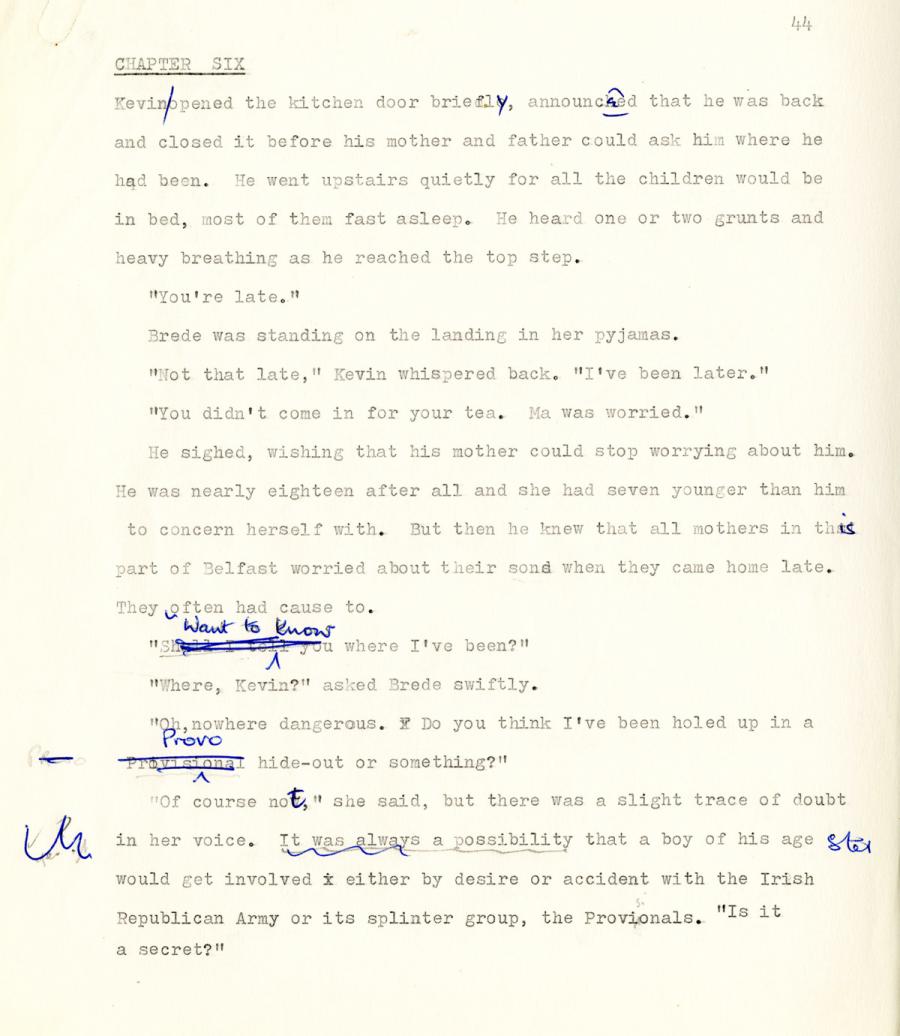 Kevin opened the kitchen door briefly, announced that he was back
and closed it before his mother and father could ask him where he
had been. He went upstairs quietly for all the children would be
in bed, most of them fast asleep. He heard one or two grunts and
heavy breathing as he reached the top step.

Brede was standing on the landing in her pyjamas.

"Not that late," Kevin whispered back. "I've been later."

"You didn't come in for your tea. Ma was worried."

He sighed, wishing that his mother could stop worrying about him.
He was nearly eighteen after all and she had seven younger than him
to concern herself with. But then he knew that all mothers in this
part of Belfast worried about their sons when they came home late.
They often had cause to.

"What to know where I've been?"

"Oh,nowhere dangerous. Do you think I've been holed up in a
Provo hide-out or something?"

"Of course not," she said, but there was a slight trace of doubt
in her voice. It was always a possibility that a boy of his age
would get involved either by desire or accident with the Irish
Republican Army or its splinter group, the Provionals. "Is it
a secret?"