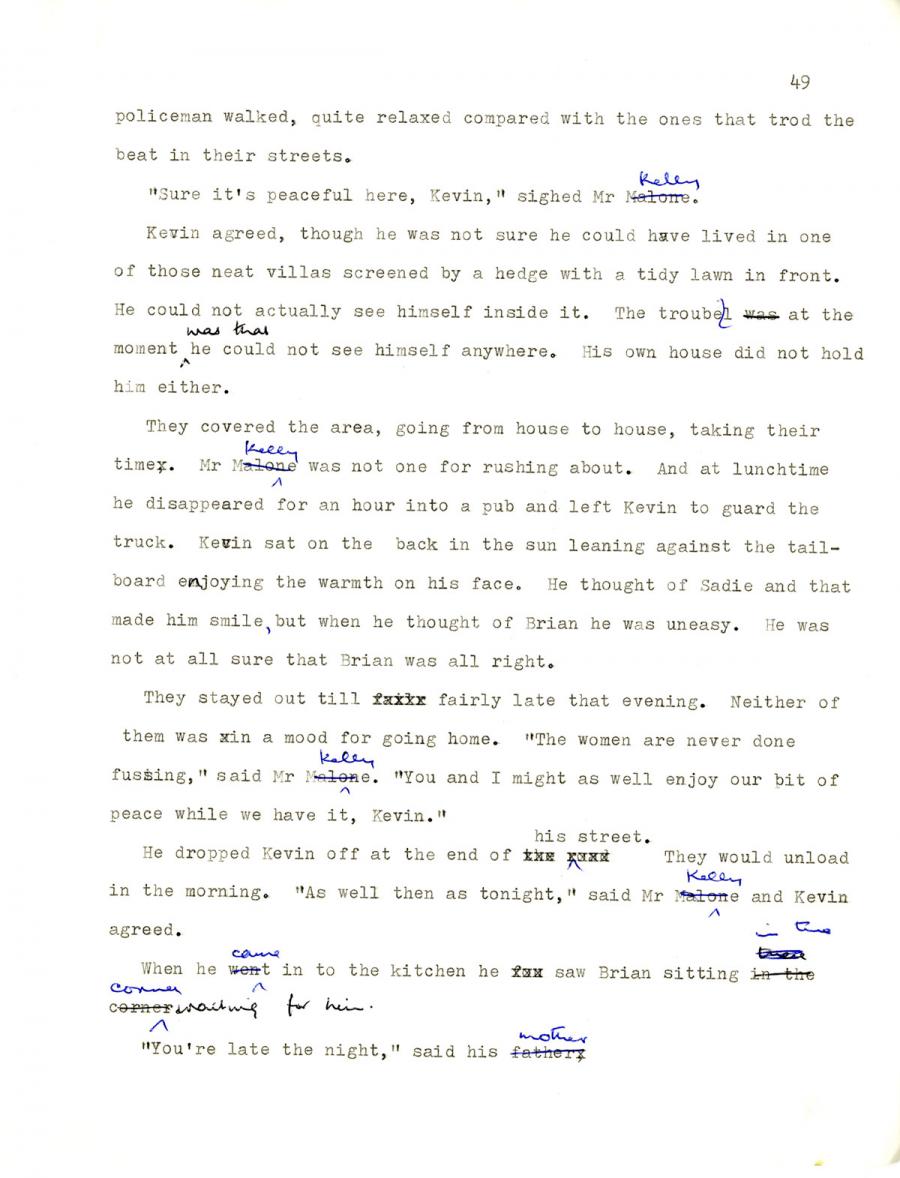 policeman walked, quite relaxed compared with the ones that trod the
beat in their streets,

Kevin agreed, though he was not sure he could have lived in one
of those neat villas screened by a hedge with a tidy lawn in front.
He could not actually see himself inside it. The troubel at the
moment was that he could not see himself anywhere. His own house did not hold
him either.

They covered the area, going from house to house, taking their
time. Mr Kelly was not one for rushing about. And at lunchtime
he disappeared for an hour into a pub and left Kevin to guard the
truck. Keain sat on the back in the sun leaning against the tail-
board enjoying the warmth on his face. He thought of Sadie and that
made him smile, but when he thought of Brian he was uneasy. He was
not at all sure that Brian was all right.

They stayed out till fairly late that evening. Neither of
them was in a mood for going home. "The women are never done
fussing," said Mr Kelly. "You and I might as well enjoy our bit of
peace while we have it, Kevin."

He dropped Kevin off at the end of his street.. They would unload
in the morning. "As well then as tonight," said Mr Kelly and Kevin
agreed.

When he came in to the kitchen he saw Brian sitting in the
corner waiting for him.

"You're late the night," said his mother