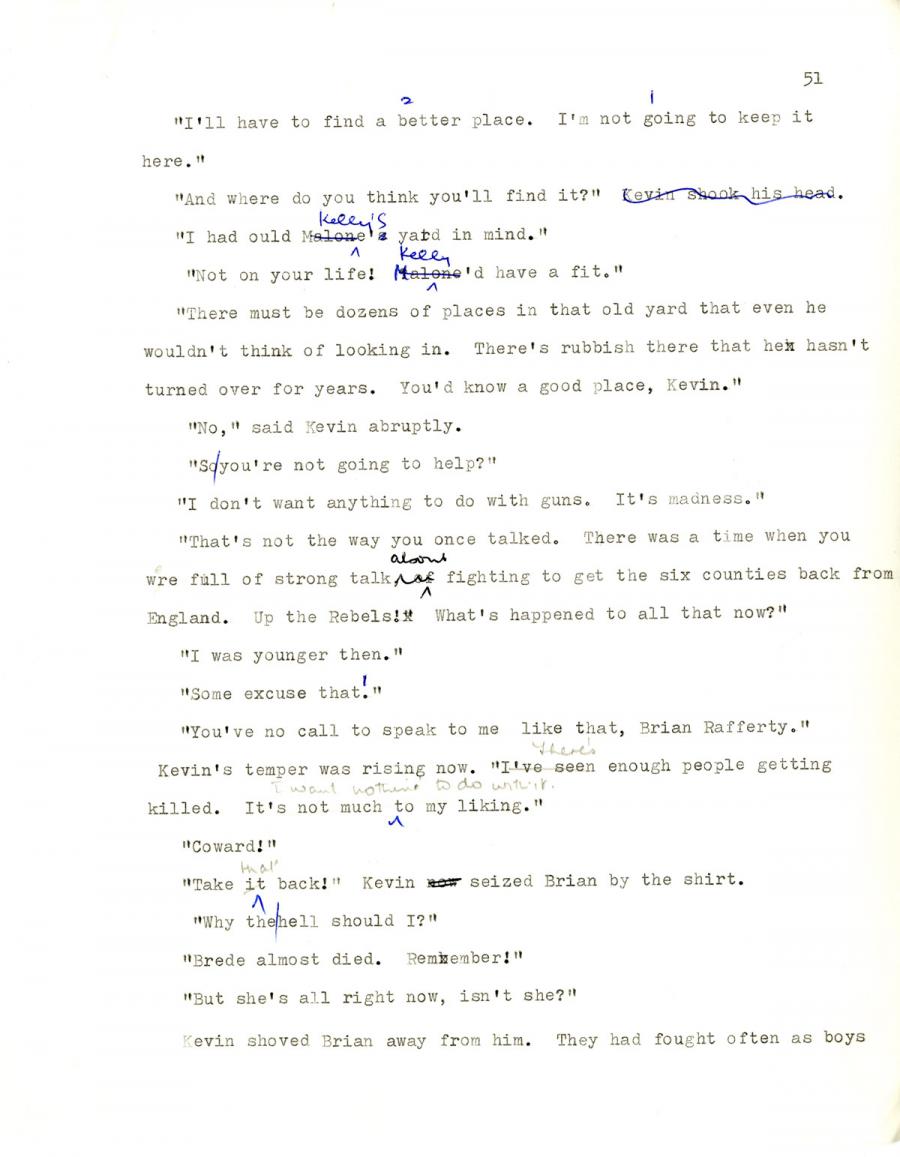 "And where do you think you'll find it?"

"I had ould Kelly's yard in mind."

"There must be dozens of places in that old yard that even he
wouldn't think of looking in. There's rubbish there that he hasn't
turned over for years. You'd know a good place, Kevin."

"So you're not going to help?"

"I don't want anything to do with guns. It's madness."

"That's not the way you once talked. There was a time when you
were full of strong talk about fighting to get the six counties back from
England. Up the Rebels! What's happened to all that now?"

"I was younger then."

"You've no call to speak to me like that, Brian Rafferty."
Kevin's temper was rising now. "There's enough people getting
killed. I want nothing to do with it."

"Take that back! " Kevin seized Brian by the shirt.

"Why the hell should I?"

Kevin shoved Brian away from him. They had fought often as boys