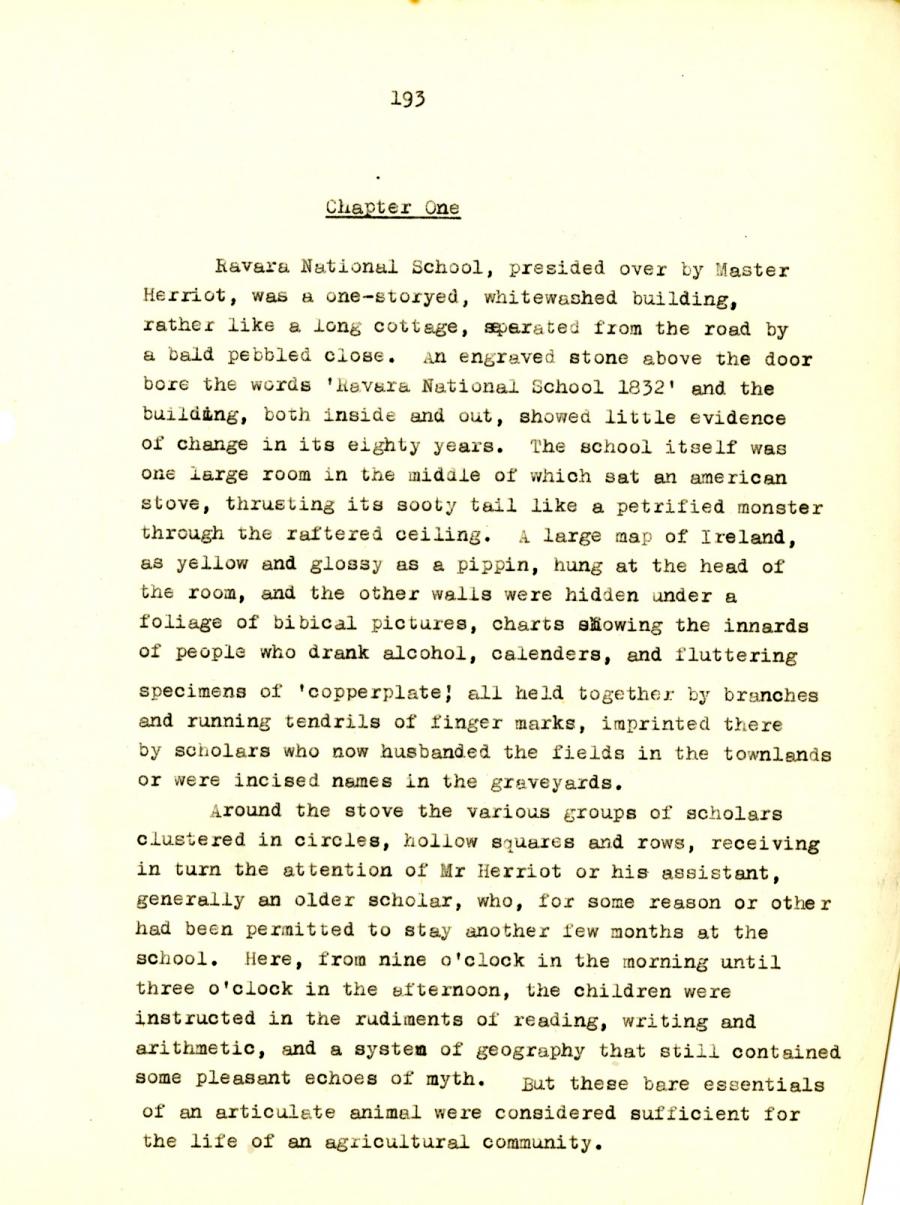 Ravara National School, presided over by Master
Herriot, was a one-storyed, whitewashed building,
rather like a long cottage, separated from the road by
a bald pebbled close. An engraved stone above the door
bore the words ’Ravara National School 1832’ and the
building, both inside and out, showed little evidence
of change in its eighty years. The school itself was
one large room in the middle of which sat an american
stove, thrusting its sooty tail like a petrified monster
through the raftered ceiling. A. large map of Ireland,
as yellow and glossy as a pippin, hung at the head of
the room, and the other walls were hidden under a
foliage of bibical pictures, charts showing the innards
of people who drank alcohol, calenders, and fluttering
specimens of ’copperplate; all held together by branches
and running tendrils of finger marks, imprinted there
by scholars who now husbanded the fields in the townlands
or were incised names in the graveyards.

Around the stove the various groups of scholars
clustered in circles, hollow squares and rows, receiving
in turn the attention of Mr Herriot or his assistant,
generally an older scholar, who, for some reason or other
had been permitted to stay another few months at the
school. Here, from nine o’clock in the morning until
three o'clock in the afternoon, the children were
instructed in the rudiments of reading, writing and
arithmetic, and a system of geography that still contained
some pleasant echoes of myth. But these bare essentials
of an articulate animal were considered sufficient for
the life of gin agricultural community.