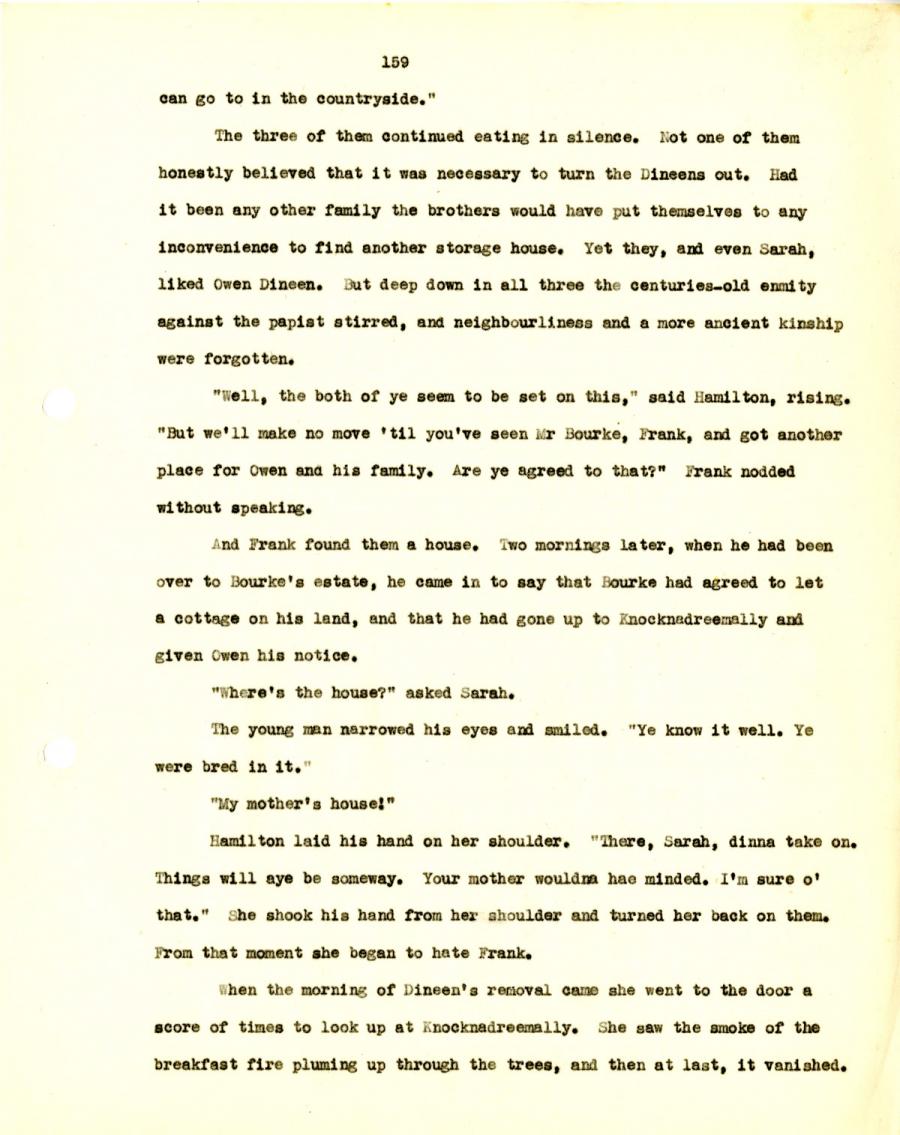 can go to in the countryside."

The three of them continued eating in silence, not one of them
honestly believed that it was necessary to turn the Dineens out. Had
it been any other family the brothers would have put themselves to any
inconvenience to find another storage house. Yet they, and even Sarah,
liked Owen Dineen. But deep down in all three the centuries-old enmity
against the papist stirred, and neighbourliness and a more ancient kinship
were forgotten,

"Well, the both of ye seem to be set on this," said Hamilton, rising.
"But we'll make no move 'til you've seen Mr Bourke, Frank, and got another
place for Owen and his family. Are ye agreed to that?" Frank nodded
without speaking.

And Frank found them a house. Two mornings later, when he had been
over to Bourke's estate, he came in to say that Bourke had agreed to let
a cottage on his land, and that he had gone up to Knocknadreemally and
given Owen his notice.

The young man narrowed his eyes and smiled. "Ye know it well. Ye
were bred in it.”

Hamilton laid his hand on her shoulder. "There,Sarah, dinna take on.
Things will aye be someway. Your mother wouldna hae minded. I'm sure o’
that." she shook his hand from her shoulder and turned her back on them.
From that moment she began to hate Frank.

When the morning of Dineen's removal came she went to the door a
score of times to look up at Knocknadreemally. She saw the smoke of the
breakfast fire pluming up through the trees, and then at last, it vanished.