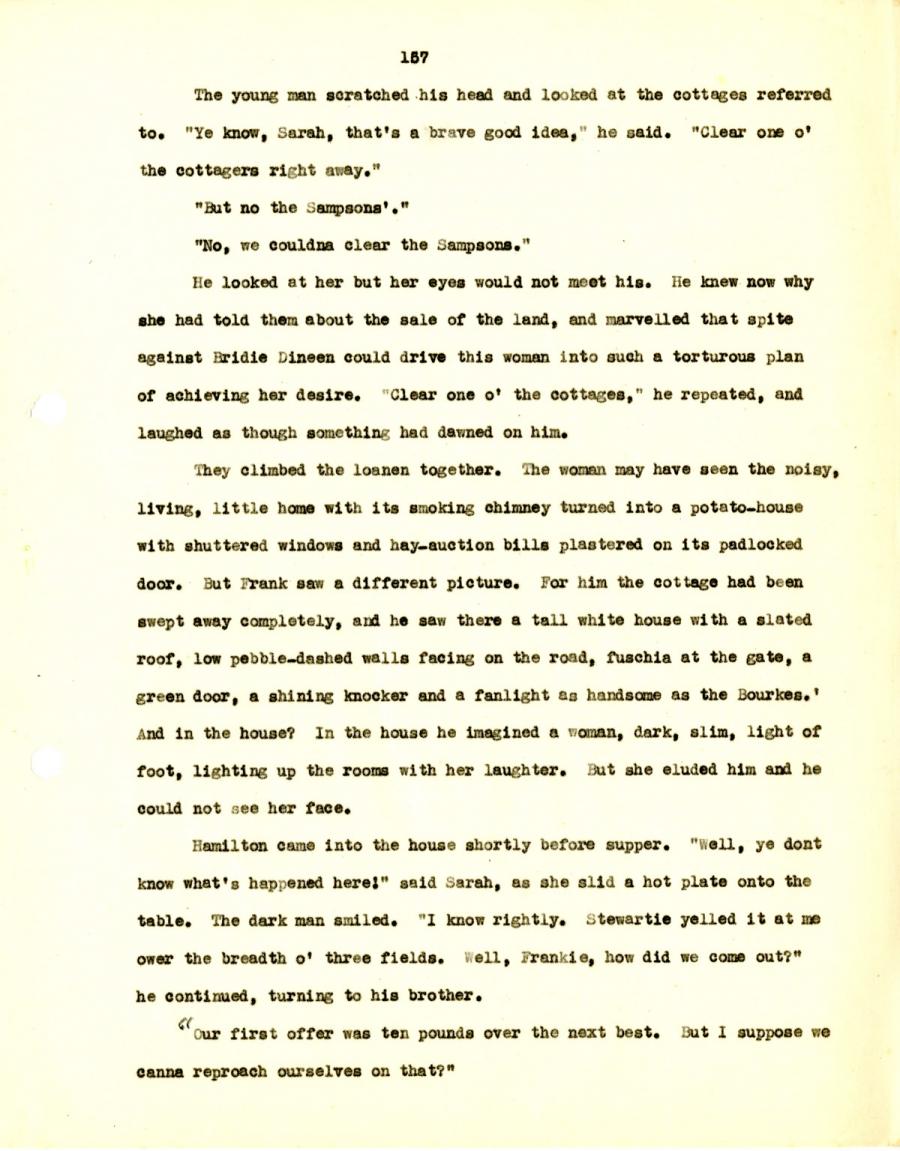 The young man scratched his head and looked at the cottages referred
to. "Ye know, 5arah, that’s a brave good idea," he said. "Clear one o’
the cottagers right away,"

"No, we couldna clear the Sampsons."

He looked at her but her eyes would not meet his. He knew now why
she had told them about the sale of the land, and marvelled that spite
against Bridie Dineen could drive this woman into such a torturous plan
of achieving her desire. "Clear one o’ the cottages,” he repeated, and
laughed as though something had dawned on him.

They climbed the loanen together. The woman may have seen the noisy,
living, little home with its smoking chimney turned into a potato-house
with shuttered windows and hay-auction bills plastered on its padlocked
door. But Frank saw a different picture. For him the cottage had been
swept away completely, and he saw there a tall white house with a slated
roof, low pebble-dashed walls facing on the road, fuschia at the gate, a
green door, a shining knocker and a fanlight as handsome as the Bourkes.'
And in the house? In the house he imagined a woman, dark, slim, light of
foot, lighting up the rooms with her laughter. But she eluded him and he
could not see her face.

Hamilton came into the house shortly before supper. "Well, ye dont
know what’s happened here!" said Sarah, as she slid a hot plate onto the
table. The dark man smiled. "I know rightly. Stewartie yelled it at me
over the breadth o’ three fields. Well, Frankie, how did we come out?"
he continued, turning to his brother.

Our first offer was ten pounds over the next best. But I suppose we
canna reproach ourselves on that?"