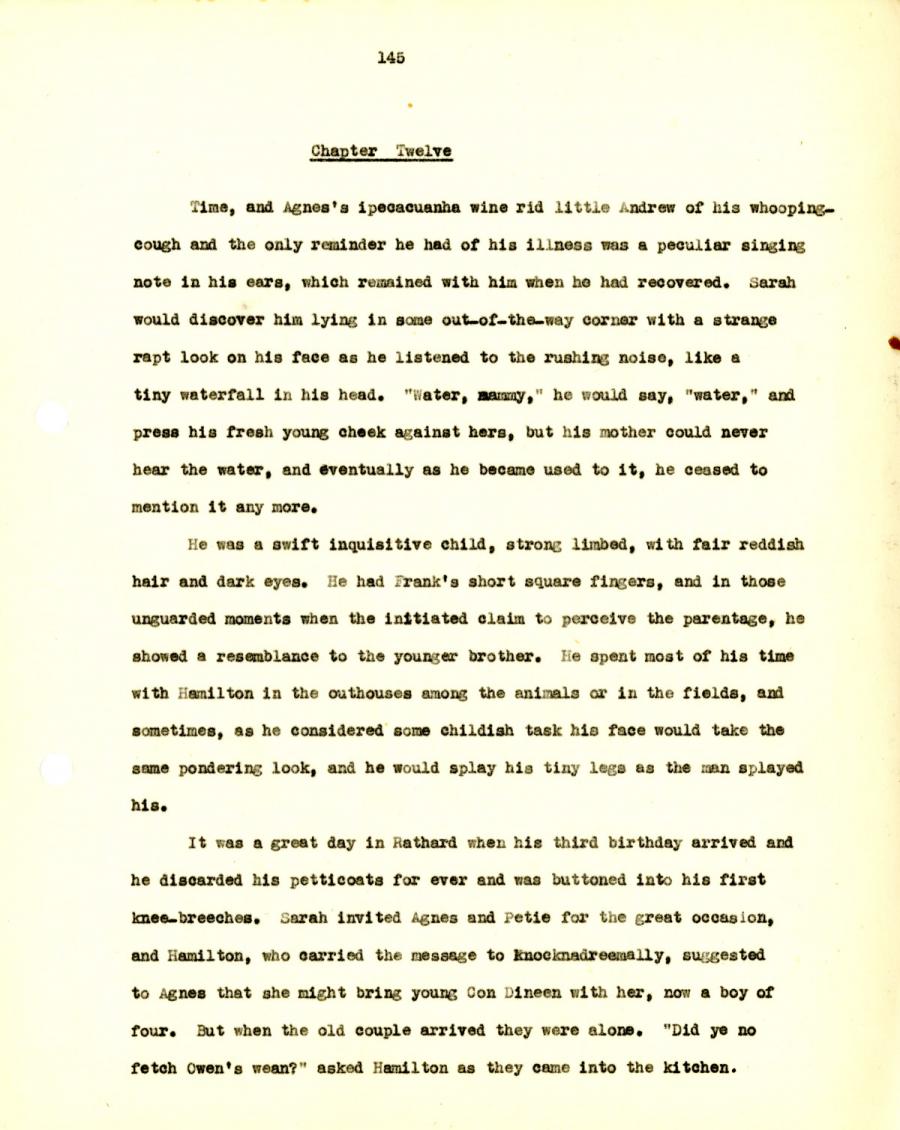 Time, and Agnes’s ipecacuanha wine rid little Andrew of his whooping-
cough and the only reminder he had of his illness was a peculiar singing
note in his ears, which remained with him when he had recovered. Sarah
would discover him lying in same out-of-the-way corner with a strange
rapt look on his face as he listened to the rushing noise, like a
tiny waterfall in his head* "Water, mammy," he would say, "water," and
press his fresh young cheek against hers, but his mother could never
hear the water, and eventually as he became used to it, he ceased to
mention it any more.

He was a swift inquisitive child, strong limbed, with fair reddish
hair and dark eyes. He had Frank’s short square fingers, and in those
unguarded moments when the initiated claim to perceive the parentage, he
showed a resemblance to the younger brother. He spent most of his time
with Hamilton in the outhouses among the animals or in the fields, and
sometimes, as he considered some childish task his face would take the
some pondering look, and he would splay his tiny legs as the man splayed
his.

It was a great day in Hathard when his third birthday arrived and
he discarded his petticoats for ever and was buttoned into his first
knee-breeches. Sarah invited Agnes and Petie for the great ocassion,
and Hamilton, who carried the message to Knoeknadreemally, suggested
to Agnes that she might bring young Con Dineen with her, now a boy of
four. But when the old couple arrived they were alone. "Did ye no
fetch Owen’s wean?” asked Hamilton as they came into the kitchen.