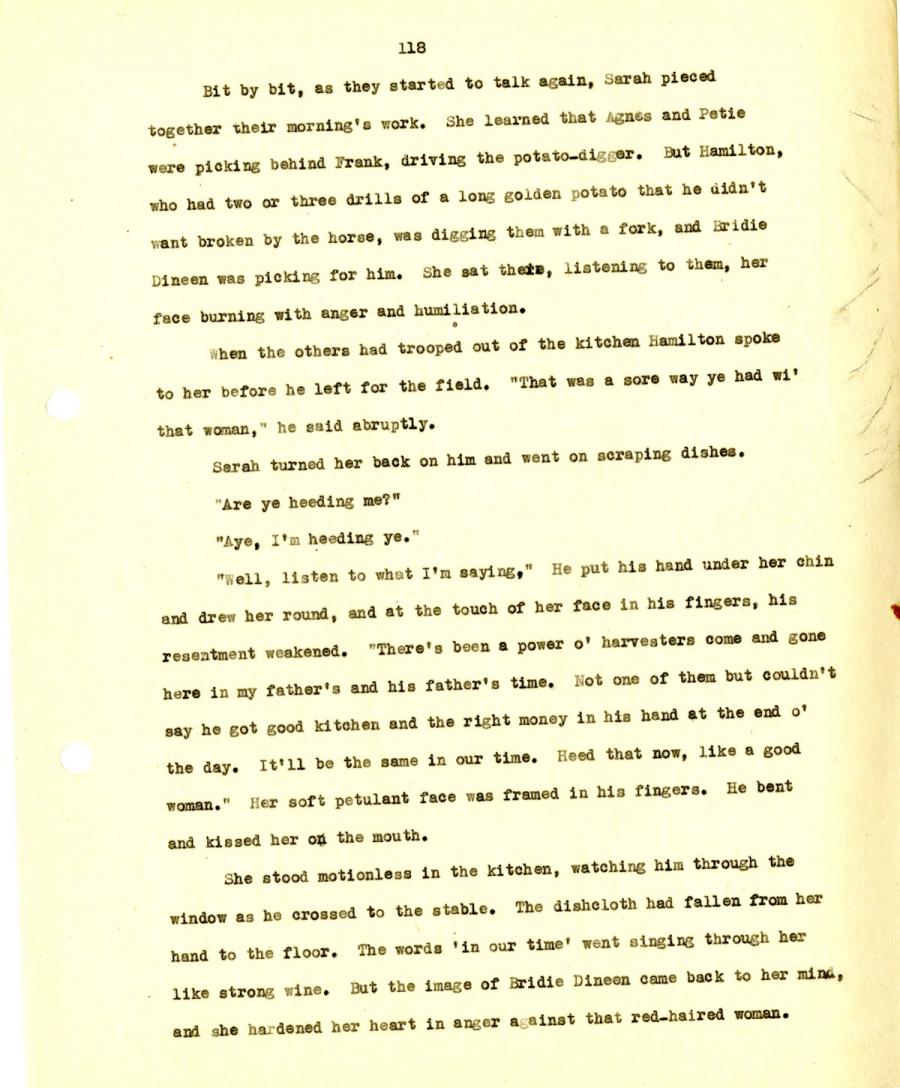 Bit by bit, as they started to talk again, Sarah pieced
together their morning's work. She learned that Agnes and Petie
were picking behind Frank, driving the potato-digger. But Hamilton,
who had two or three drills of a long golden potato that he didn’t
want broken by the horse, was digging them with a fork, and Bridie
Dineen was picking for him. She sat the±e, listening to them, her
face burning with anger and humiliation.

When the others had trooped out of the kitchen Hamilton spoke
to her before he left for the field. "That was a sore way ye had wi’
that woman," he said abruptly.

Sarah turned her back on him and went on scraping dishes.

Are ye heeding me?"

"Well, listen to what I'm saying*" He put his hand under her chin
and drew her round, and at the touch of her face in his fingers, his
resentment weakened. "There’s been a power o' harvesters come and gone
here in my father's and his father’s time. Not one of them but couldn’t
say he got good kitchen and the right money in his hand at the end o’
the day. It’ll be the same in our time. Heed that now, like a good
woman." Her soft petulant face was framed in his fingers. He bent
and kissed her oh the mouth.

She stood motionless in the kitchen, watching him through the
window as he crossed to the stable. The dishcloth had fallen from her
hand to the floor. The words ’in our time* went singing through her
like strong wine. But the image of Bridie Dineen came back to her mind,
and she hardened her heart in anger against that red-haired woman.