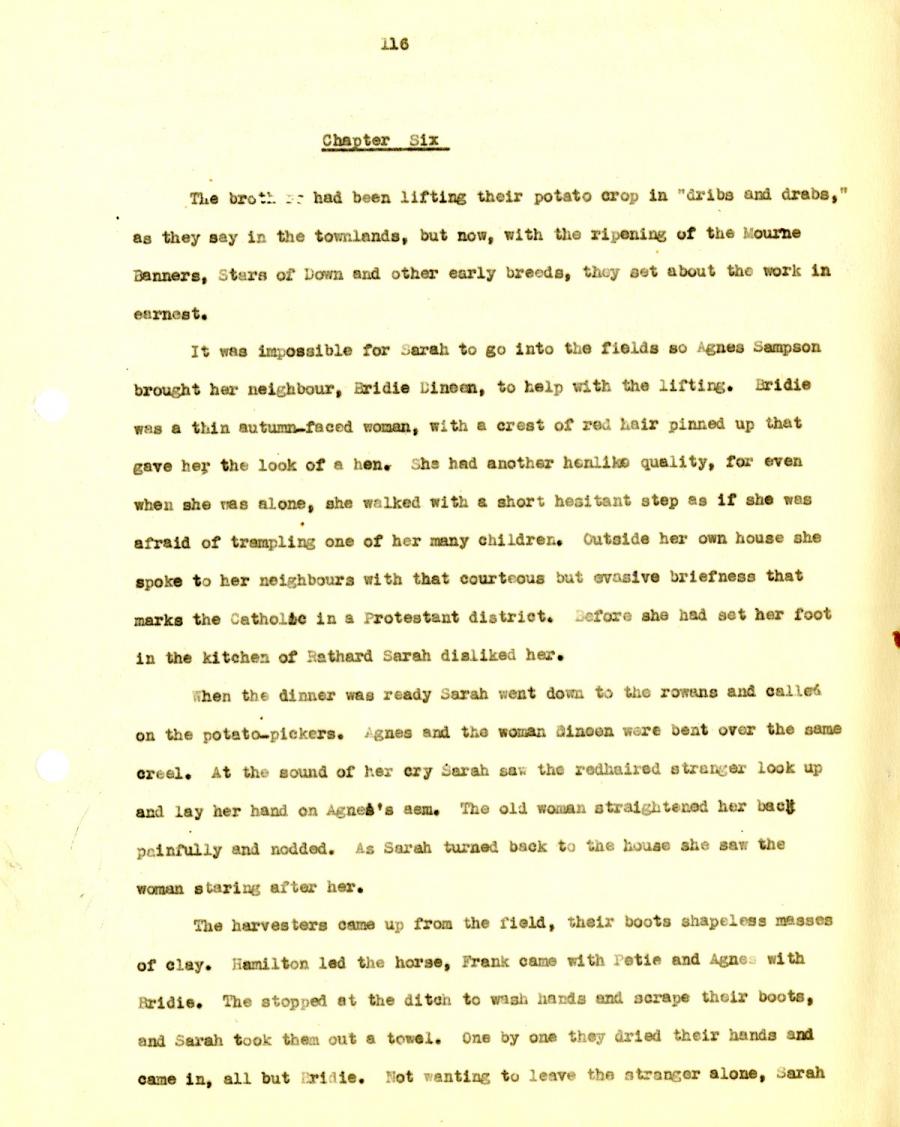 The brother had been lifting their potato crop in "dribs and drabs,"
as they say in the townland, but now, with the ripening of the MOurne
Banners, Stars of Down and other early breeds, they set about the work in
earnest.

It was impossible for Sarah to go into the fields so Agnes Sampson
brought her neighbour, Bridie Dineen, to help with the lifting. Bridie
was a thin autumn-faced woman, with a crest of red hair pinned up that
gave her the look of a hen. She had another heniike quality, for even
when she was alone, she walked with a short hesitant step as if she was
afraid of trampling one of her many children. Outside her own house she
spoke to her neighbours with that courteous but evasive briefness that
marks the Catholic in a Protestant district.Before she had set her foot
in the kitchen of Bathard Sarah disliked her.

When the dinner was ready Sarah went down to the rowans and called
on the potato-picke. Agnes and the woman Dineen were bent over the same
creel. At the sound of her cry Sarah saw the redhaired stranger look up
and lay her hand on Agne’s arm. The old woman straightened her back
painfully and nodded. As Sarah turned back to the house she saw the
woman staring after her.

The harvesters came up from the field, their boots shapeless masses
of clay. Hamilton led the horse, Frank came with Petie and Agnes with
Bridie. The stopped at the ditch to wash hands and scrape their boots,
and Sarah took them out a towel. One by one they dried their hands and
came in, all but Bridie. Not wanting to leave the stranger alone, Sarah