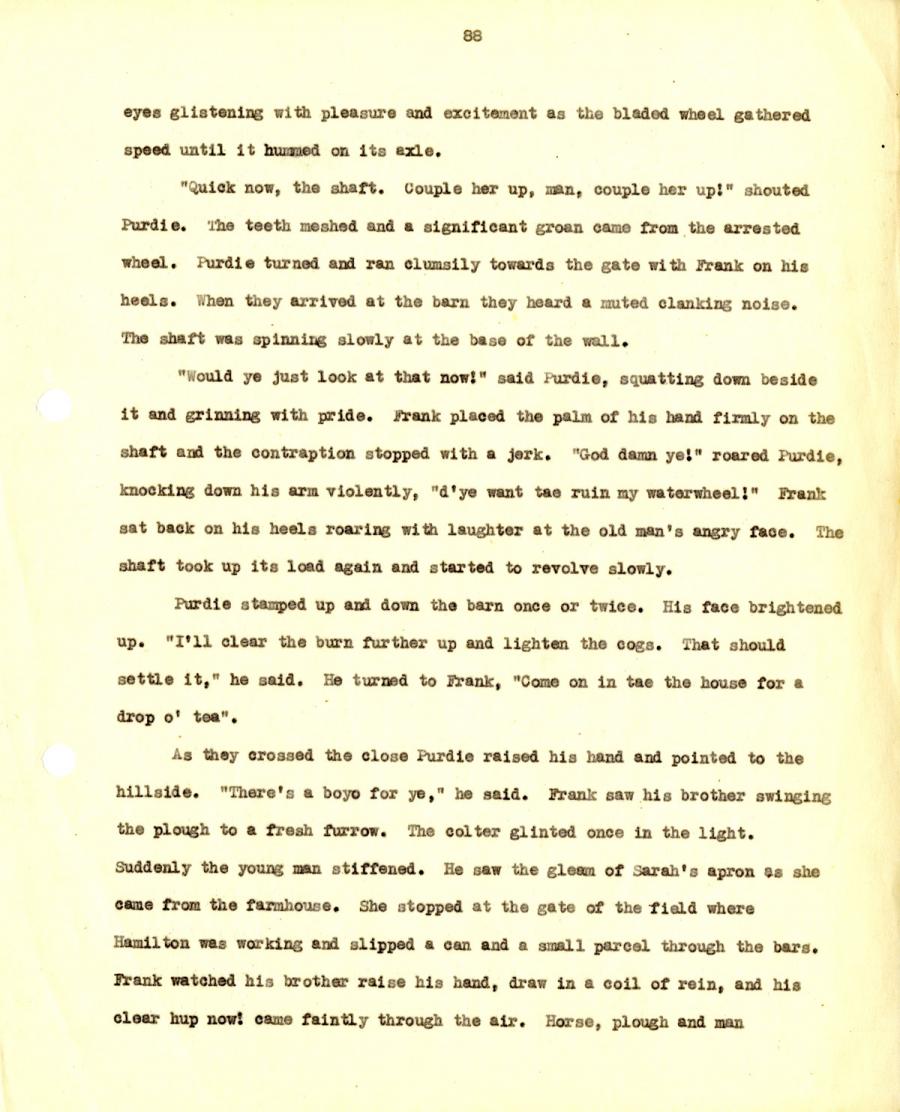 eyes glistening with pleasure and excitement as the bladed wheel gathered
speed until it humped on its axle.

"Quick now, the shaft. Couple her up, man, couple her up!" shouted
Purdie. The teeth meshed and a significant groan came from the arrested
wheel. hurdle turned and ran clumsily towards the gate with Prank on his
heels. When they arrived at the barn they heard a muted clanking noise.

The shaft was spinning slowly at the base of the wall.

“Would ye Just look at that now!" said Purdie, squatting down beside
it and grinning with pride. Frank placed the palm of his hand firmly on the
shaft and the contraption stopped with a jerk. "God damn ye!" roared Purdie,
knocking down his arm violently, "d’ye want tae ruin my waterwheel!" Prank
sat back on his heels roaring with laughter at the old man's angry face. The
shaft took up its load again and started to revolve slowly.

Purdie stamped up and down tho barn once or twice. His face brightened
up. "I’ll clear the burn further up and lighten the cogs. That should
settle it," he said. He turned to Frank, "Come on in tae the house for a
drop o’ tea".

As they crossed the close Purdie raised his hand and pointed to the
hillside. "There’s a boyo for ye," he said. Prank saw his brother swinging
the plough to a fresh furrow. The colter glinted once in the light.

Suddenly the young man stiffened. He saw the gleam of Sarah's apron as she
came from the farmhouse. She stopped at the gate of the field where
Hamilton was working and slipped a can and a small parcel through the bars.
Frank watched his brother raise his hand, draw in a coil of rein, and his
clear hup now! came faintly through the air. Horse, plough and man