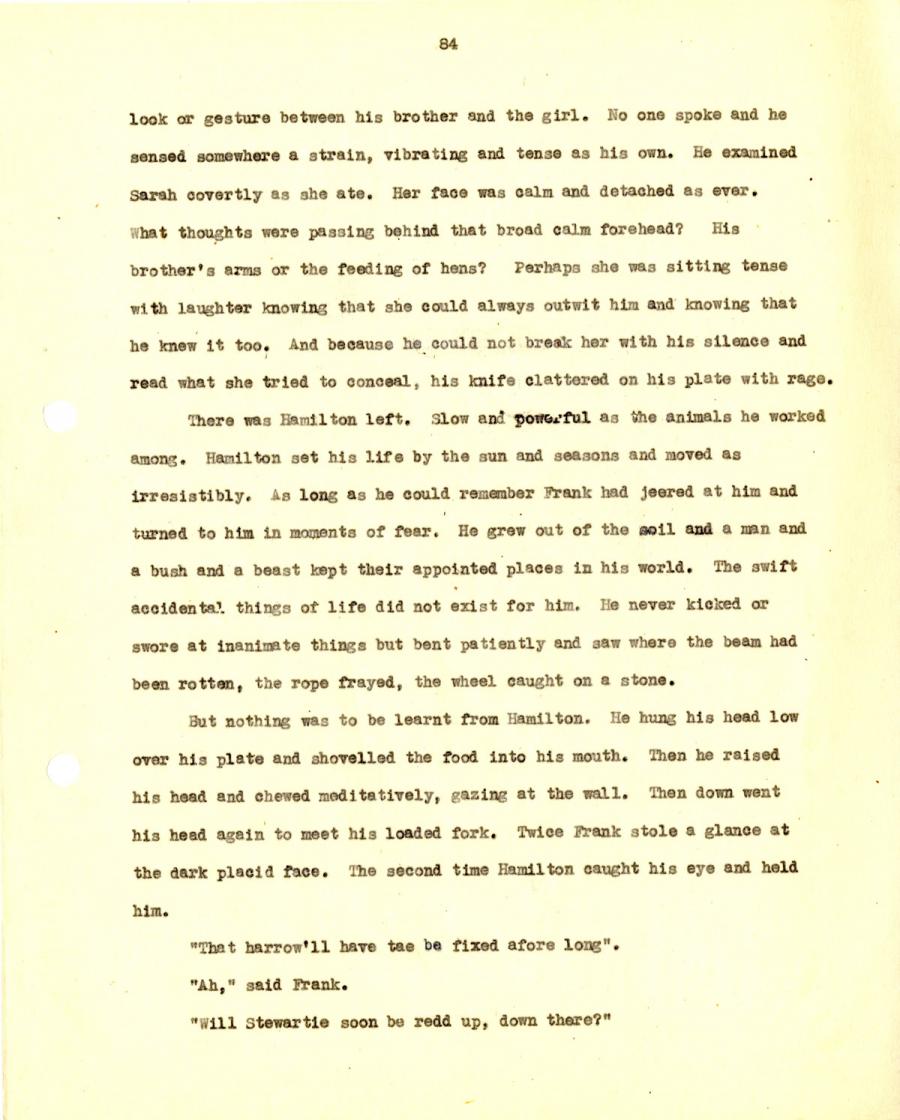 look or gesture between his brother and the girl. No one spoke and he
sensed somewhere a strain, vibrating and tense s his own. He examined
Sarah covertly as she ate. Her faoe was calm and detached as ever,
what thoughts were passing behind that broad calm forehead? His
brother’s arms or the feeding of hens? Perhaps she was sitting tense
with laughter knowing that she could always outwit him and knowing that
he knew it too. And because he could not break her with his silence and
read what shs tried to conceal, his knife clattered on his plate with rage

There wa3 Hamilton left, slow and powerful a3 the animals he worked
among. Hamilton set his life by the sun and seasons and moved as
irresistibly. As long as he could remember Frank had jeered at him and
turned to him in moments of fear. He grew out of the soil and a man and
a bush and a beast kept their appointed places in his world. The swift
accidental things of life did not exist for him. He never kicked or
swore at inanimate things hut bent patiently and saw where the beam had
been rotten, the rope frayed, the wheel caught on a stone.

But nothing was to be learnt from Hamilton. He hung his head low
over his plate and shovelled the food into his mouth. Then he raised
his head and chewed meditatively, gazing at the wall. Then down went
hi3 head again to meet his loaded fork. Twice Frank stole a glance at
the dark placid face. The second time Hamilton caught his eye and held
him.

"That harrow’ll have tae be fixed afore long".

"Will Stewartie soon be redd up, down there?"