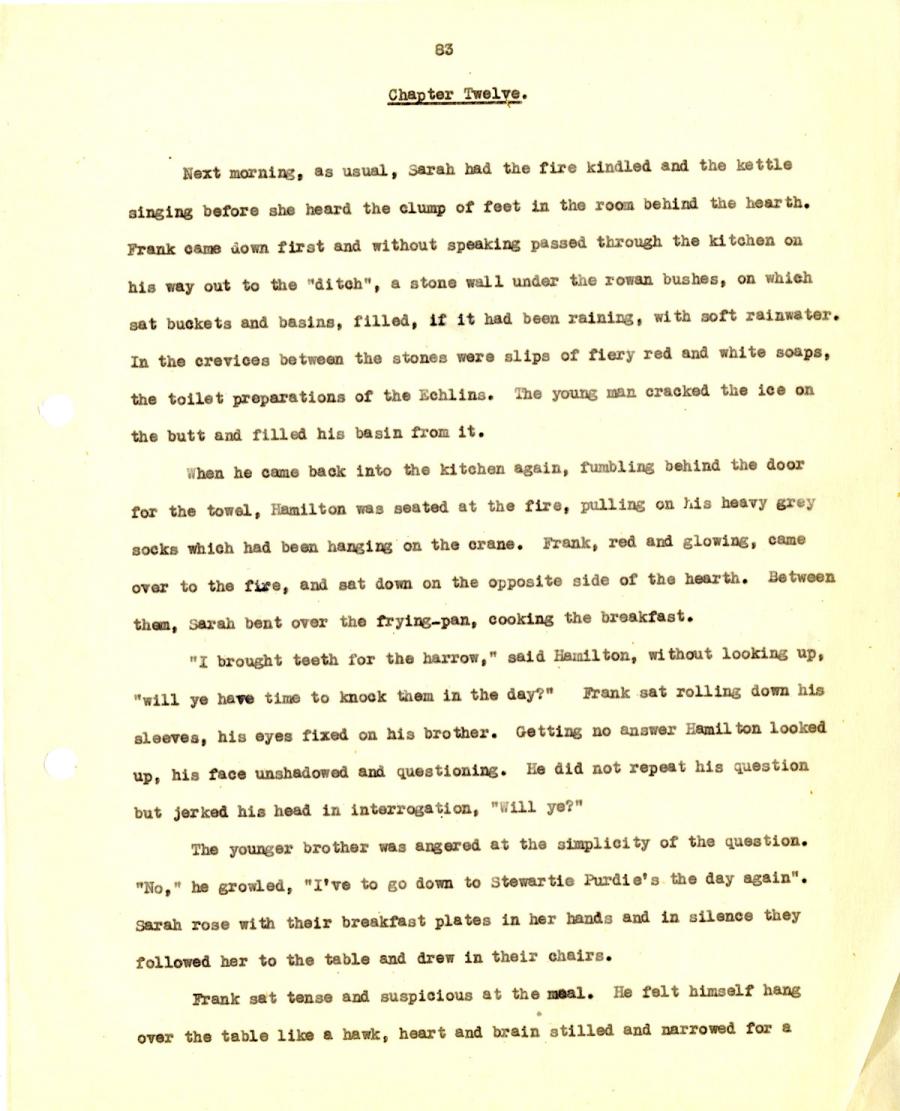 Next morning, as usual, Sarah had the fire kindled and the kettle
singing before she heard the clump of feet in the room behind the hearth.
Frank came down first and without speaking passed through the kitchen on
his way out to the "ditch", a stone wall under the rowan bushes, on which
sat buckets and basins, filled, if it had been raining, with soft rainwater.
In the crevices between the stones were slips of fiery red and white soaps,
the toilet preparations of the Echlins. The young man cracked the ice on
the butt and filled his basin from it.

When he came back into the kitchen again, fumbling behind the door
for the towel, Hamilton was seated at the fire, pulling on his heavy grey
socks which had been hanging on the crane. Frank, red and glowing, came
over to the fire, and sat down on the opposite side of the hearth. Between
them, Sarah bent over the frying-pan, cooking the breakfast.

"I brought teeth for the harrow," said Hamilton, without looking up,
"will ye have time to knock them in the day?" Frank sat rolling down his
sleeves, his eyes fixed on his brother. Getting no answer Hamilton looked
up, his face unshadowed and questioning. He did not repeat his question
but jerked his head in interrogation, "Will ye?"

The younger brother was angered at the simplicity of the question.
"No," he growled, "I’ve to go down to Stewartie Purdie's the day again".
Sarah rose with their breakfast plates in her hands and in silence they
followed her to the table and drew in their chairs.

Frank sat tense and suspicious at the meal. He felt himself hang
over the table like a hawk, heart and brain stilled and narrowed for a