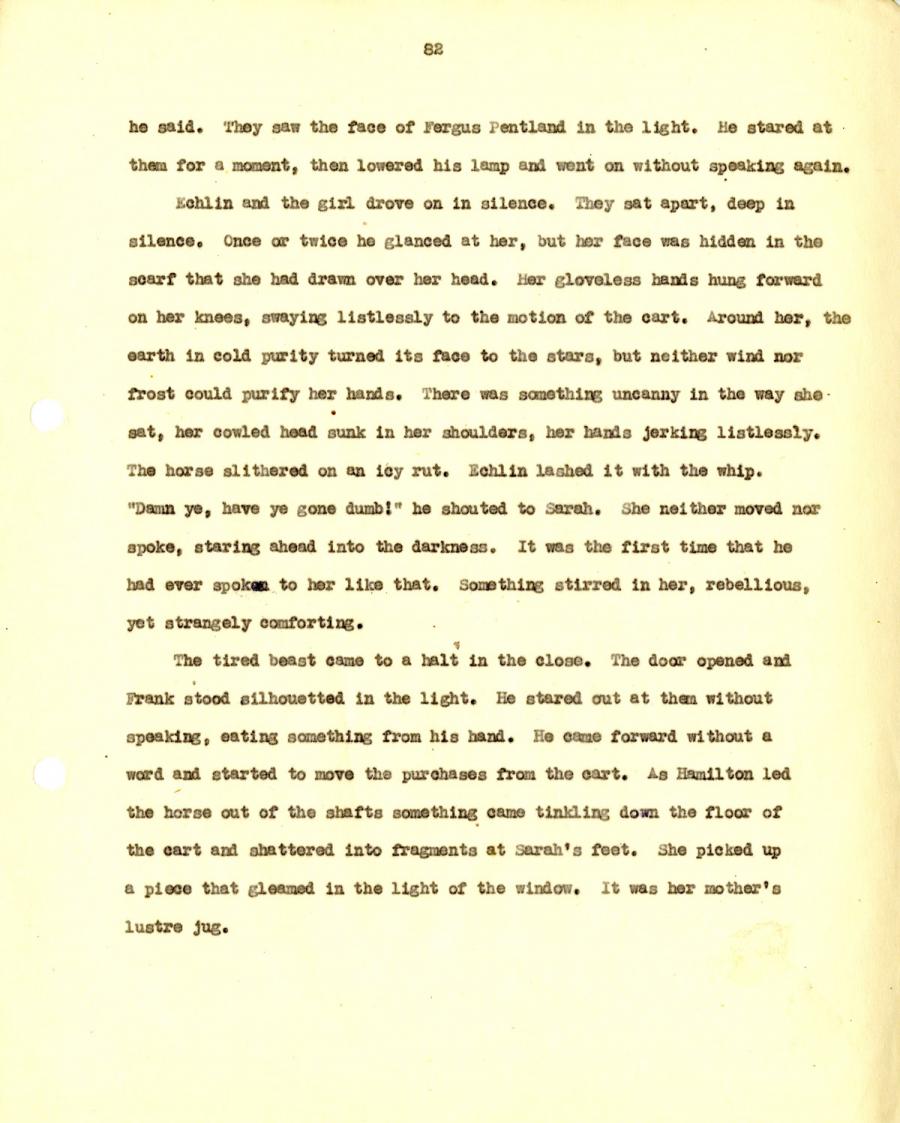 he said. They saw the face of Fergus Pentland in the light. He stared at
them for a moment, then lowered his lamp and went on without speaking again.

Echlin and the girl drove on in silence. They sat apart, deep in
silence. Once or twice he glanced at her, but her face was hidden in the
scarf that she had drawn over her head. Her gloveless hands hung forward
on her knees, swaying listlessly to the motion of the cart. Around her, the
earth in cold purity turned its face to the stars, but neither wind nor
frost could purify her hands. There was something uncanny in the way she
sat, her cowled head sunk in her shoulders, her hands Jerking listlessly.

The horse slithered on an icy rut. Echlin lashed it with the whip.

"Damn ye, have ye gone dumb!” he shouted to Sarah. She neither moved nor
spoke, staring ahead into the darkness. It was the first time that he
had ever spoke to her like that. Something stirred in her, rebellious,
yet strangely comforting.

The tired beast came to a halt in the close. The door opened and
Frank stood silhouetted in the light. He stared out at them without
speaking, eating something from his hand. He came forward without a
ward and started to move the purchases from the cart. As Hamilton led
the horse out of the shafts something came tinkling down the floor of
the cart and shattered into fragments at Sarah’s feet. She picked up
a piece that gleamed in the light of the window. It was her Mother’s
lustre Jug.