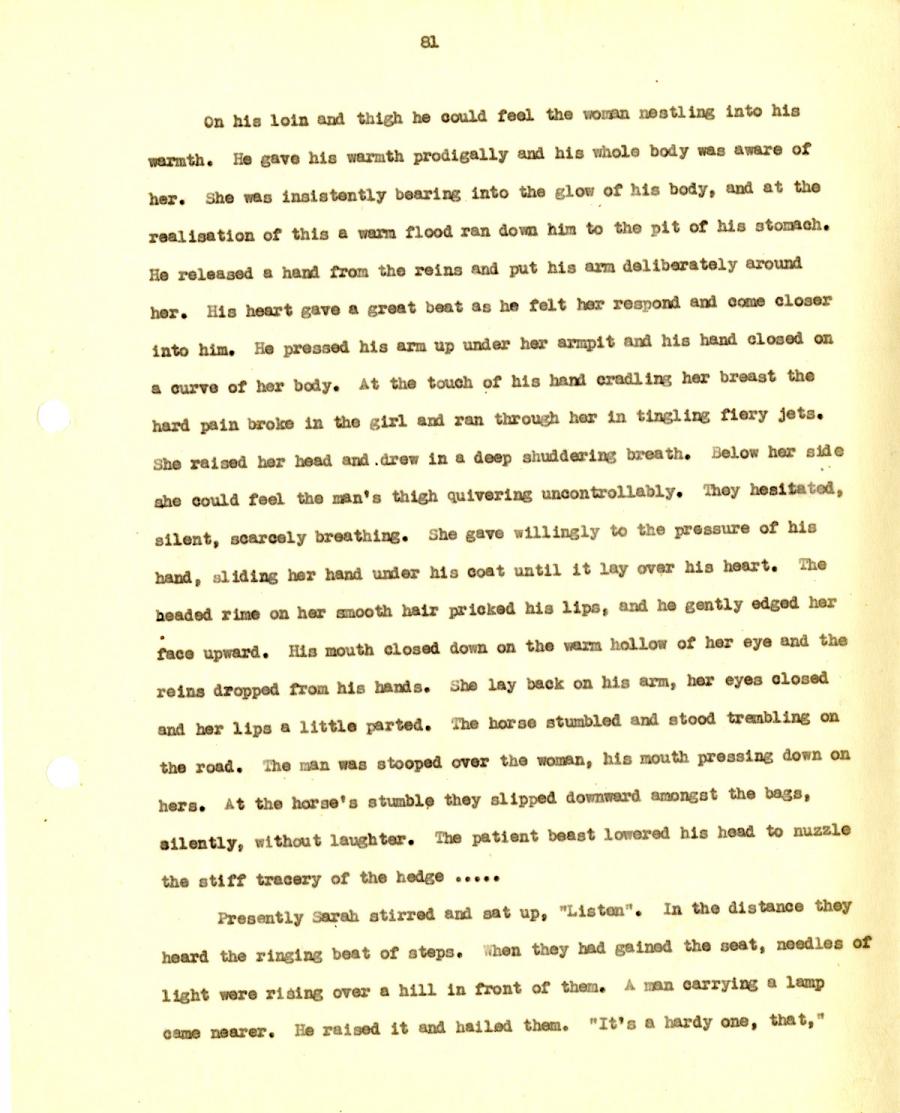 On his loin and thigh he oould feel the woman nestling into his
warmth. He gave his warmth prodigally and his whole body was aware of
her. She was insistently bearing into the glow of his body, and at the
realisation of this a warn flood ran down him to the pit of his stomach.

He released a hand from the reins and put his arm deliberately around
her. His heart gave a great beat as he felt her respond and come closer
into him. He pressed his arm up under her armpit and his hand closed on
a curve of her body. At the touch of his hand cradling her breast the
hard pain broke in the girl and ran through her in tingling fiery jets.

She raised her head and drew in a deep shuddering breath, below her side
she could feel the man’s thigh quivering uncontrollably. They hesitated,
silent, scarcely breathing. She gave willingly to the pressure of his
hand, sliding her hand under his coat until it lay over his heart. The
headed rime on her smooth hair pricked his lips, and he gently edged her
face upward. His mouth closed down on the warm hollow of her eye and the
reins dropped from his hands. She lay back on his arm, her eyes dosed
and her lips a little parted. The horse stumbled and stood trembling on
the road, the man was stooped over the woman, his mouth pressing down on
hers. At the horse’s stumble they slipped downward amongst the bags,
silently, without laughter. The patient beast lowered his head to nuzzle
the stiff tracery of the hedge .....

Presently Sarah stirred and sat up, "Listen”. In the distance they
heard the ringing beat of steps. When they had gained the seat, needles of
light were rising over a hill in front of then. A man carrying a lamp
came nearer. He raised it and hailed them. "It’s a hardy one, that,"