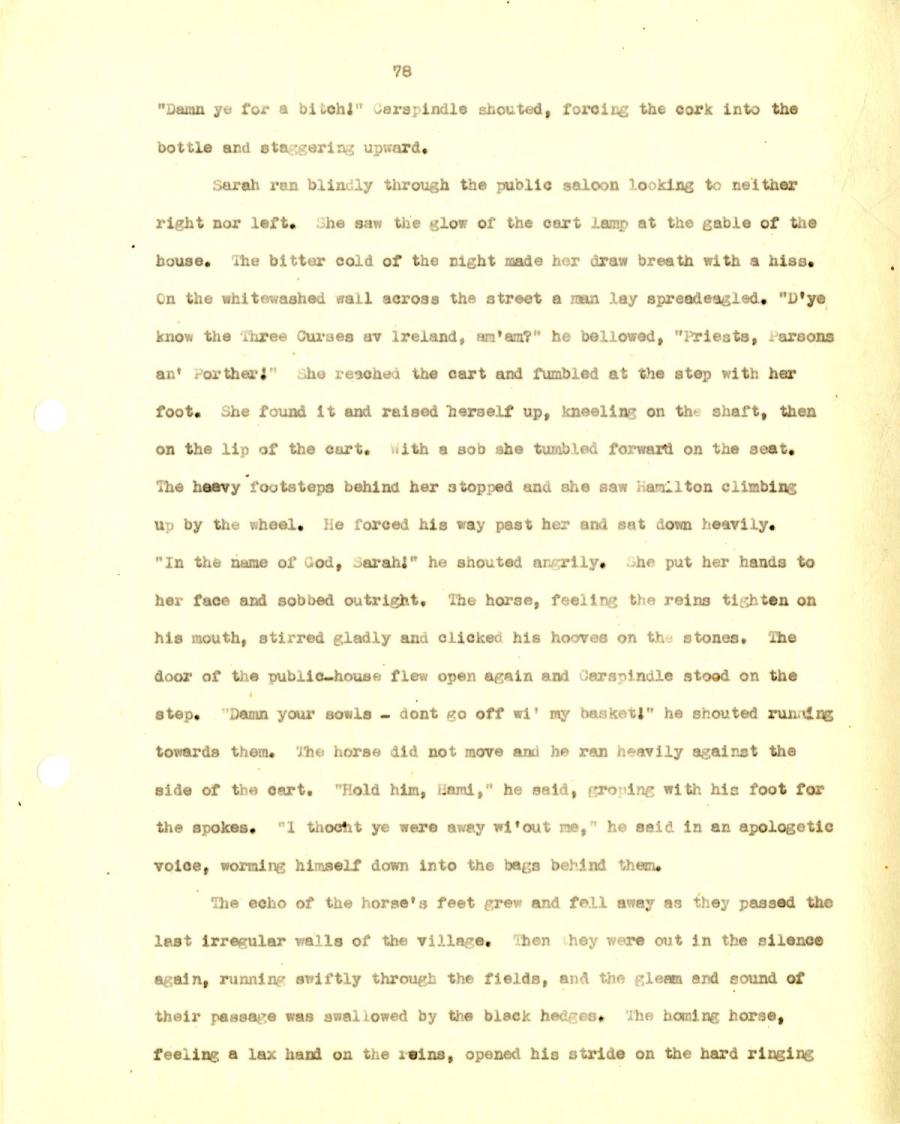 "Damn ye for a bitch!” Carspindle shouted, forcing the cork into the
bottle and staggering upward.

Sarah ran blindly through the public saloon looking to neither
right nor left. She saw the glow of the cart lamp at the gable of the
house. The bitter cold of the night made her draw breath with a hiss,
in the whitewashed wall across the street a man lay spreadeagled. "D’ye
know toe Three Curses av Ireland, ma’am?" he bellowed, "Priests, Parsons
an’ Porther!’ She reached the cart and fumbled at the step with her
foot. She found it and raised herself up, kneeling on the shaft, then
on the lip of the cart. With a sob she tumbled forward on the seat.

The heavy footsteps behind her stopped and she saw Hamilton climbing
up by the wheel. He forced his way past her and sat down heavily.

"In the name of Cod, Sarah!” he shouted angrily. She put her hands to
her face and sobbed outright. The horse, feeling the reins tighten on
his mouth, stirred gladly and clicked his hooves on the stones. The
door of the nubile-house flew open again and Carsplndle stood on the
step. Damn your souls - dont go off wi' my basket!" he shouted running
towards them. The horse did not move and he ran heavily against the
side of the cart. "Hold him, Hami," he said, groping with his foot for
the spokes. "I thought ye were away wi’out me, he said In an apologetic
voice, worming himself down into the bags behind them.

The echo of the horse's feet grew and fell away as they passed the
last irregular walls of the village. Then hey were out in the silence
again, running swiftly through the fields, and the glean end sound of
their passage was swallowed by the black hedges. The homing horse,
feeling a lax hand on the reins, opened his stride on the hard ringing