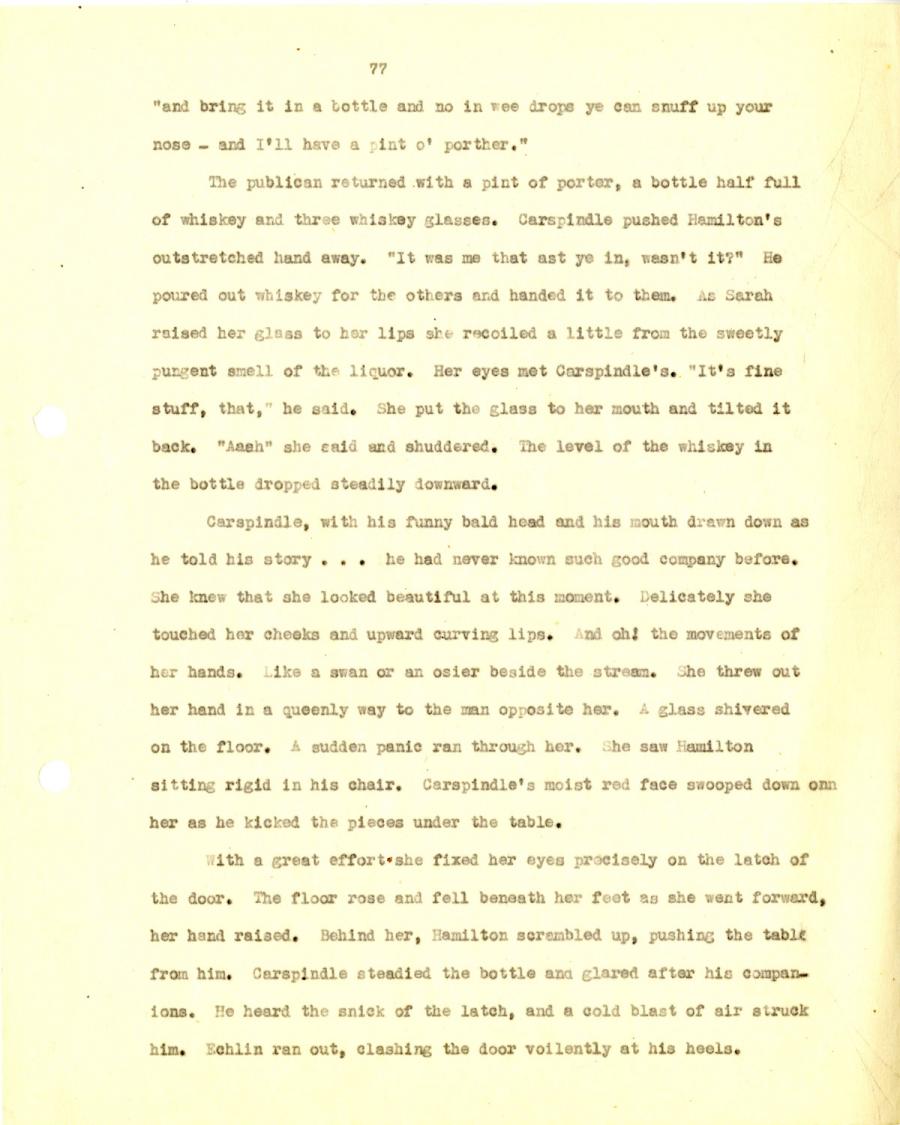 "and bring it in a bottle and no in wee drops ye can snuff up your
nose - and I’ll have a pint o' porther.”

The publican returned with a pint of porter, a bottle half full
of whiskey and three whiskey glasses. Carspindle pushed Hamilton’s
outstretched hand away. "It was me that ast ye in, wasn't it?” He
poured out whiskey for the others and handed it to them. As Sarah
raised her glass to her lips she recoiled a little from the sweetly
pungent smell of the liquor. Her eyes met Carspindle’s. ”It’s fine
stuff, that, he said. She put the glass to her mouth and tilted it
back, "Aaah” she eaid and shuddered, the level of the whiskey in
the bottle dropped steadily downward.

Carspindle, with his funny bald head and his mouth drawn down as
he told his story ... he had never known such good company before.

She knew that she looked beautiful at this moment. Delicately she
touched her cheeks and upward curving lips. And oh! the movements of
her hands. Like a swan or an osier beside the stream. She threw out
her hand in a queenly way to the man opposite her. A glass shivered
on the floor. A sudden panic ran through her. She saw Hamilton
sitting rigid in his chair. Carspindle’s moist red face swooped down on
her as he kicked the pieces under the table.

With a great effort she fixed her eyes precisely on the latch of
the door. The floor rose and fell beneath her feet as she went forward,
her hand raised. Behind her, Hamilton scrambled up, pushing the table
from him. Carspindle steadied the bottle and glared after his compan-
ions. He heard the snick of the latch, and a cold blast of air struck
him. Echiin ran out, clashing the door violently at his heels.