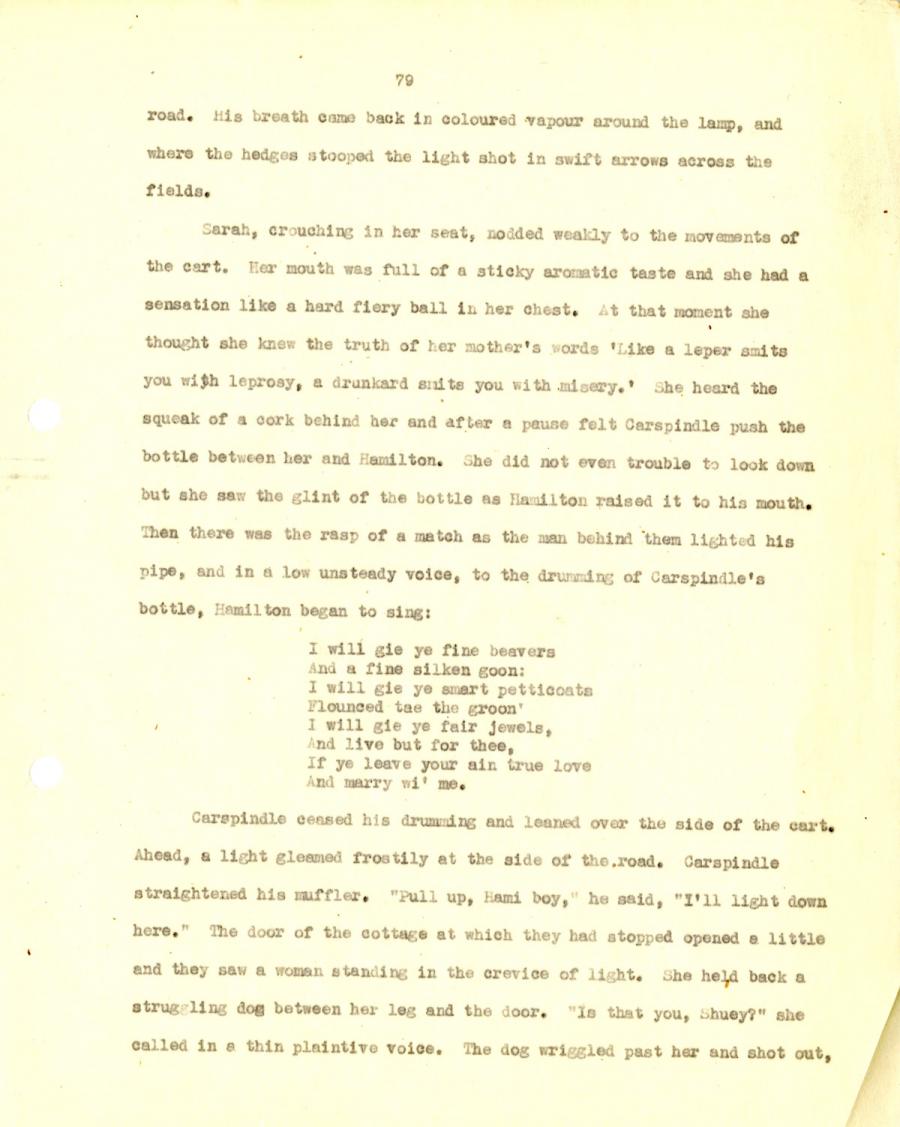 road. His breath came back in coloured vapour around the lamp, and
where the hedges stooped the light shot in swift arrows across the
fields.

Sarah, crouching in her seat, nodded weakly to toe movements of
the cart. Her mouth was full of a sticky aromatic taste and she had a
sensation like a hard fiery ball in her chest. At that moment she
thought she knew the truth of her mother’s words ‘Like a leper smits
you with leprosy, a drunkard smits you with misery.” She heard the
squeak of a cork behind her and after a pause felt Carspindle push the
bottle between her and Hamilton. She did not even trouble to look down.
but she saw the glint of the bottle as Hamilton raised it to his mouth.

Then there was the rasp of a match as the man behind them lighted his
pipe, and in a low unsteady voice, to the drumming of Carspindle's
bottle, Hamilton began to sing:

I will gie ye fine beavers
And a fine silken goon:
I will gie ye smart petticoats
Flounced tae the groon'
I will gle ye fair jewels,
and live but for thee,
If ye leave your ain true love
And marry wi' me.

Carspindle ceased his drumming and leaned over the side of the cart.
Ahead, a light gleamed frostily at the side of the road. Carspindle
straightened his muffler. "Pull up, Hami boy, he said, "I’ll light down
here." The door of the cottage at which they had stopped opened a little
and they saw a woman standing in the crevice of light, She held back a
struggling dog between her log and the door. "Is that you, Shuey?" she
called in a thin plaintive voice. The dog wriggled past her and shot out,