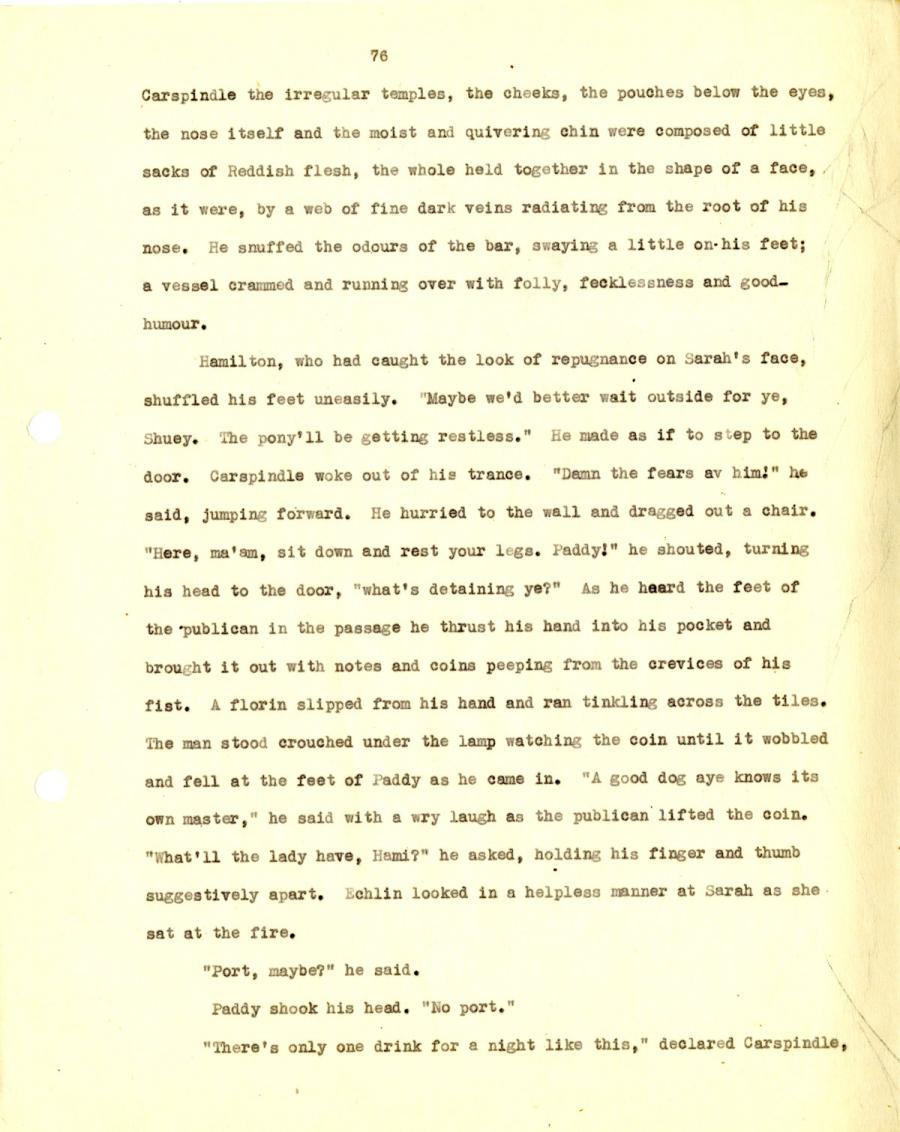 Carspindle the irregular temples, the cheeks, the pouches below the eyes,
the nose itself and the moist and quivering chin were composed of little
sacks of Reddish flesh, the whole held together in the shape of a face,
as it were, by a web of fine dark veins radiating from the root of his
nose. He snuffed the odours of the bar, swaying a little on his feet;
a vessel crammed and running over with folly, fecklessness and good-
humour.

Hamilton, who had caught the look of repugnance on Sarah's face,
shuffled his feet uneasily. Maybe we’d better wait outside for ye,
Shuey, The pony’ll be getting restless." He made as if to step to the
door, Carspindle woke out of his trance, "Damn the fears av him!” he
said, jumping forward. He hurried to the wall and dragged out a chair,
"Here, ma’am, sit down and rest your legs. Paddy!” he shouted, turning
his head to the door, "what’s detaining ye?" As he heard the feet of
the -publican in the passage he thrust his hand into his pocket and
brought it out with notes and coins peeping from the crevices of his
fist. A florin slipped from his hand and ran tinkling across the tiles.
The man stood crouched under the lamp watching the coin until it wobbled
and fell at the feet of Paddy as he came in. "A good dog aye knows its
own master," he said with a wry laugh as the publican lifted the coin.
“What’ll the lady have, Hami?" he asked, holding his finger and thumb
suggestively apart. Echlin looked in a helpless manner at 3arah a3 she
sat at the fire.

Paddy shook his head, “No port."

"There’s only one drink for a night like this," declared Carspindle,