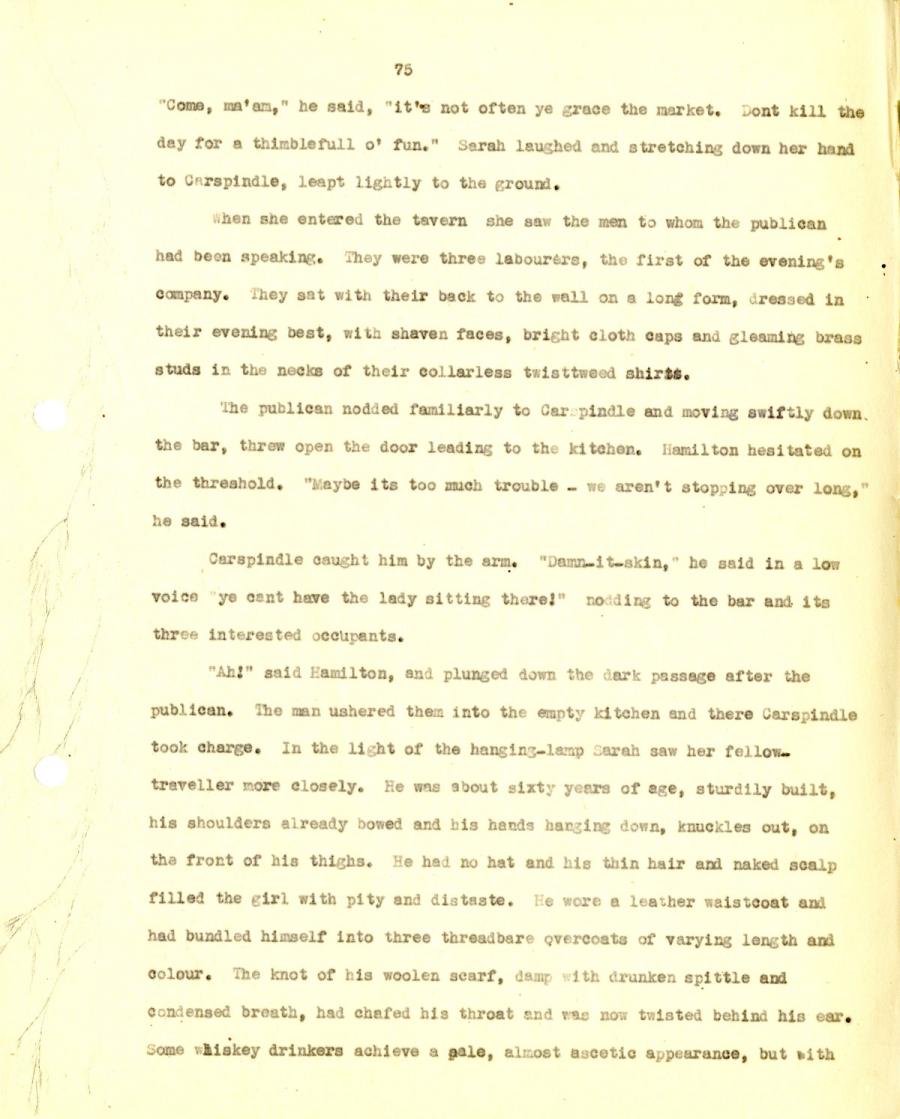 "Come, ma’am,” he said, "it’s not often ye grace the market. Dont kill the
day for a thimblefull o’ fun." Sarah laughed and stretching down her hand
to Carspindle, leapt lightly to the ground.

When she entered the tavern she saw the men to whom the publican
had been speaking. They were three labourers, the first of the evening’s
company. They sat with their back to the wall on a long form, dressed in
their evening best, with shaven faces, bright cloth caps and gleamiig brass
studs in the necks of their collarless twisttweed shirts.

The publican nodded familiarly to Carspindle and moving swiftly down,
the bar, threw open the door leading to the kitchen. Hamilton hesitated on
the threshold, “Maybe its too much trouble - we aren’t stopping over long,
he said.

Carspindle caught him by the arm. "damn-it-skin, he said in a low
voice ye cant have the lady sitting there!” nodding to the bar and its
three interested occupants.

"Ah!” said Hamilton, and plunged down the dark passage after the
publican. The man ushered them into the empty kitchen and there Carspindle
took charge. In the light of the hanging-lamp Sarah saw her fellow-
traveller more closely. He was about sixty years of age, sturdily built,
his shoulders already bowed and his hands hanging down, knuckles out, on
the front of his thighs. He had no hat and his thin hair and naked scalp
filled the girl with pity and distaste. He wore a leather waistcoat and
had bundled himself into three threadbare overcoats of varying length and
colour. The knot of his woolen scarf, damp with drunken spittle and
condensed breath, had chafed his throat and now twisted behind his ear.

Some Whiskey drinkers achieve a pale, almost ascetic appearance, but with