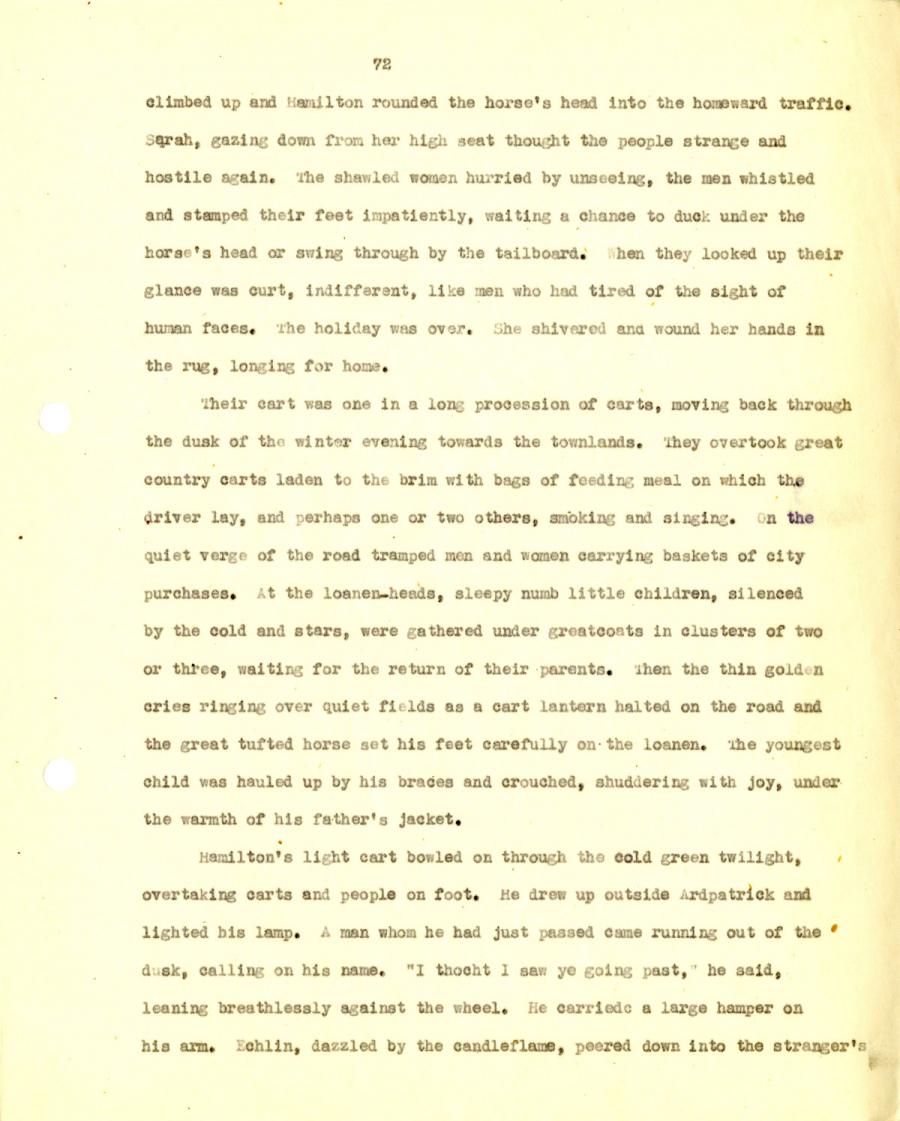 climbed up and Hamilton rounded the horse’s head into the homeward traffic.

Sarah, gazing down from her high seat thought the people strange and
hostile again, The shawled women hurried by unseeing, the men whistled
and stamped their feet impatiently, waiting a chance to duck under the
horse’s head or swing through by the tailboard. When they looked up their
glance was curt, indifferent, like men who had tired of the sight of
human faces. The holiday was over. She shivered and wound her hands in
the rug, longing for home.

Their cart was one in a long procession of carts, moving back through
the dusk of the winter evening towards the townlands. They overtook great
country carts laden to the brim with bags of feeding meal on which the
driver lay, and perhaps one or two others, smoking and singing. On the

quiet verge of the road tramped men and women carrying baskets of city
purchases. At the loanen-heads, sleepy numb little children, silenced
by the cold and stars, were gathered under greatcoats in clusters of two
or three, waiting for the return of their parents. Then the thin gold n
cries ringing over quiet fields as a cart lantern halted on the road and
the great tufted horse set his feet carefully on-the loanen. The youngest
child was hauled up by his braces and crouched, shuddering with joy, under
the warmth of his father’s jacket.

Hamilton’s light cart bowled on through the cold green twilight,
overtaking carts and people on foot. He drew up outside Ardpatrick and
lighted his lamp. A man whom he had just passed came running out of the
dusk, calling on his name. "I thought I saw ye going past, he said,
leaning breathlessly against the wheel. He carried a large hamper on
his arm. Echlin, dazzled by the candleflame, peered down into the stranger’s