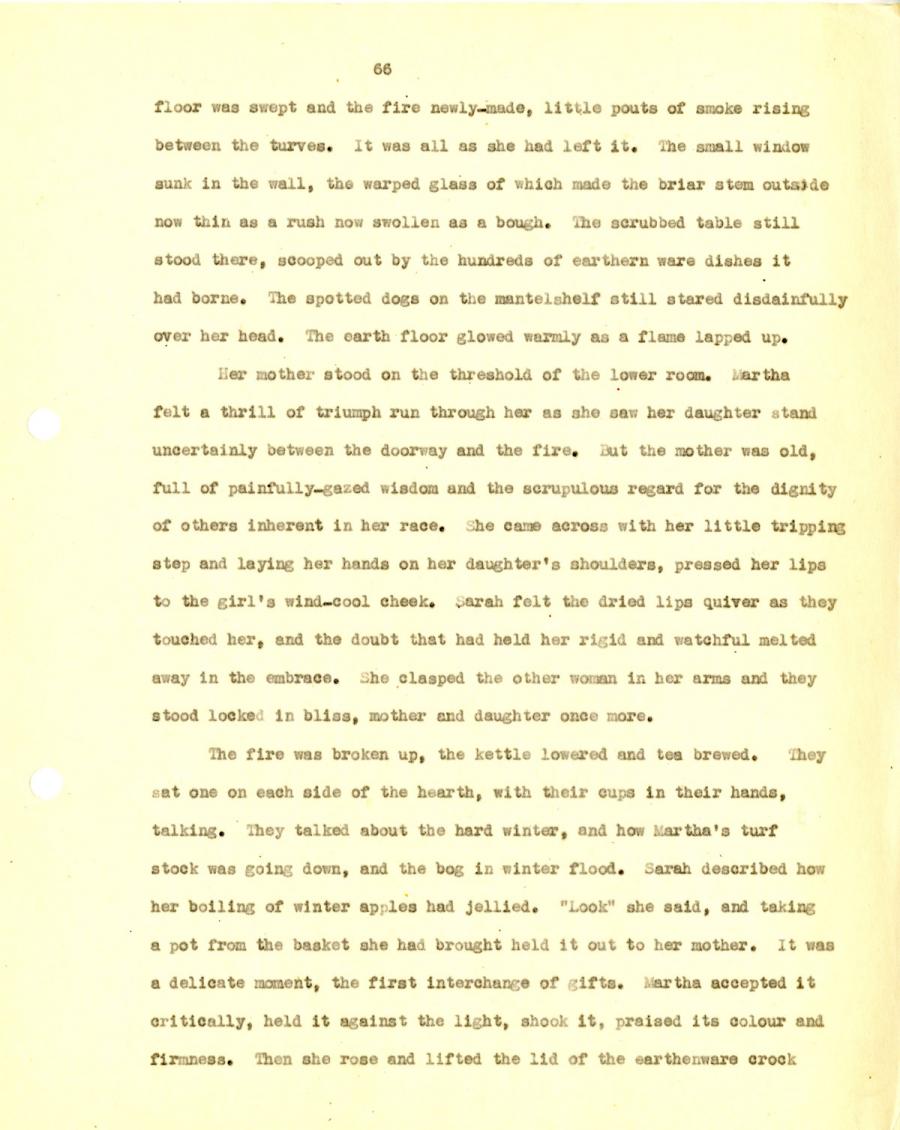 floor was swept and the fire newly-made, little pouts of smoke rising
between the turves. It was all as she had left it. the small window
sunk in the wall, the warped glass of which made the briar stem outside
now thin as a rush now swollen as a bough, The scrubbed table still
stood there, scooped out by the hundreds of ear them ware dishes it
had borne. The spotted dogs on the mantelshelf still stared disdainfully
oyer her head. The earth floor glowed warmly as a flame lapped up.

Her mother stood on the threshold of the loner room. Martha
felt a thrill of triumph run through her as she saw her daughter stand
uncertainly between the doorway and the fire. Jut the mother was old,
full of painfully-gazed wisdom and the scrupulous regard for the dignity
of others inherent in her race. ;he came across with her little tripping
step and laying her hands on her daughter’s shoulders, pressed her lips
to the girl's wind-cool cheek. Sarah felt the dried lips quiver as they
touched her, and the doubt that had held her rigid and watchful melted
away in the embrace. She clasped the other woman in her arms and they
stood locked in bliss, mother and daughter once more.

The fire was broken up, the kettle lowered and tea brewed. They
sat one on each side of the hearth, with their cups in their hands,
talking. They talked about the hard winter, and how Martha's turf
stock was going down, and the bog in winter flood. Sarah described how
her boiling of winter apples had jellied. “Look” she said, and taking
a pot from the basket she had brought held it out to her mother. It was
a delicate moment, the first interchange of gifts. Martha accepted it
critically, held it against the light, shook it, praised its colour and
firmness. Then she rose and lifted the lid of the earthenware crock