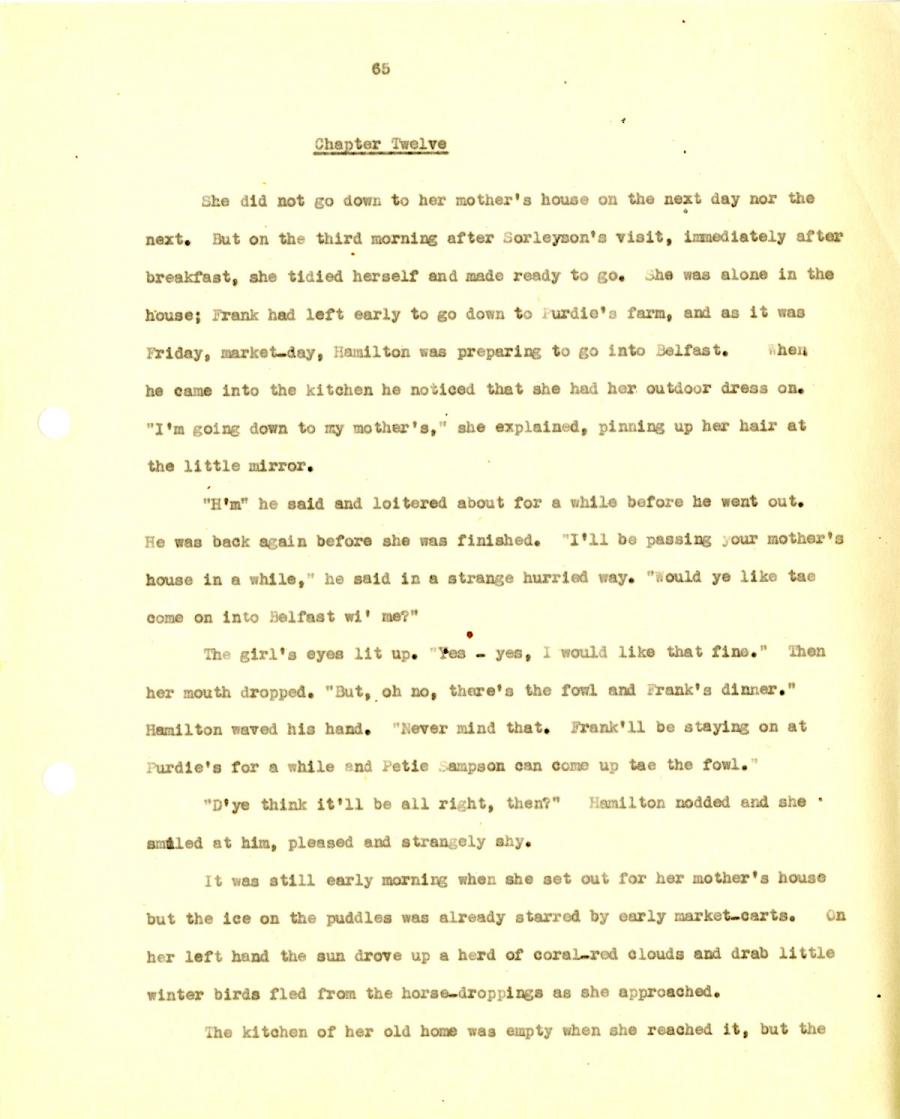 She did not go down to her mother’s house on the next day nor the
next. But on the third morning after Sorleyson’s visit, immediately after
breakfast, she tidied herself and made ready to go. She was alnoe in the
house; Frank had left early to go down to Purdie’s farm, and as it was
Friday, market-day, Hamilton was preparing to go into Belfast. hen
he came into the kitchen he noticed that she had her outdoor dress on.
"I’m going down to my mother's,'' she explained, pinning up her hair at
the little mirror.

"H'm" he said and loitered about for a while before he went out.

He was back again before she was finished. I’ll be passing ^our mother’s
house in a while, * he said in a strange hurried way. "sould ye like tac
come on into Belfast wi' me?"

The girl's eyes lit up. ’Yes - yes, I would like that fine.” Then
her mouth dropped. "But, oh no, there’s the fowl and Frank’s dinner."
Hamilton waved his hand. “Never mind that. Frank’ll be staying on at
Purdie's for a while end Petie Sampson can come up tae the fowl. '
"D’ye think it’ll be all right, then?" Hamilton nodded and she
smiled at him, pleased and strangely shy.

It was still early morning when she set out for her mother’s house
but the ice on the puddles was already starred by early market-carts. On
her left hand the sun drove up a herd of coral-red clouds and drab little
winter birds fled from the horse-droppings as she approached.
The kitchen of her old home was empty when she reached it, but the