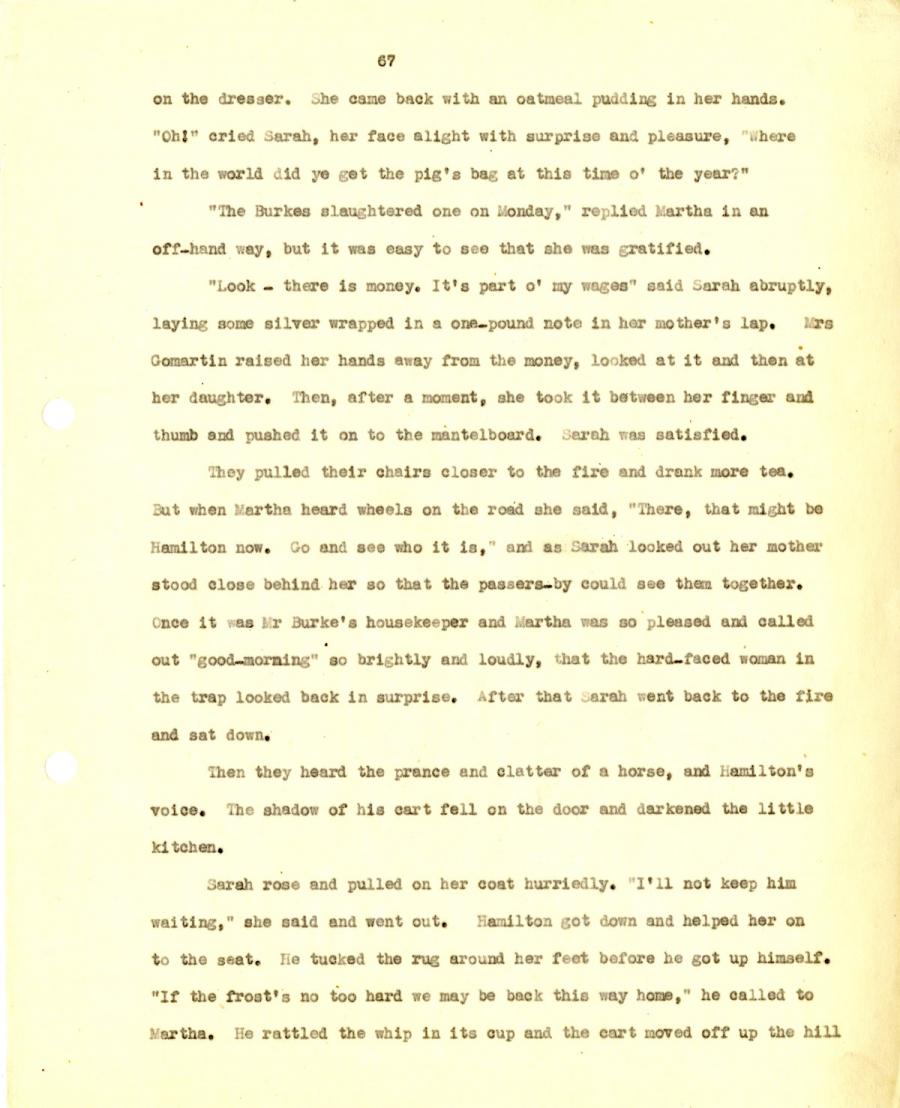 on the dresser. She cane back with an oatmeal pudding in her hands.

"Oh!” cried Sarah, her face alight with surprise and pleasure, where
in the world did ye get the pig’s bag at this time o’ the year?"

”The Burkes slaughtered one on Monday,” replied Martha in an
off-hand way, but it was easy to see that she was gratified.

"Look - there is money. It’s part o’ my wages" said Sarah abruptly,
laying some silver wrapped in a one-pound note in her mother’s lap. Mrs
Gomartin raised her hands away from the money, looked at it and then at
her daughter. Then, after a moment, she took it between her finger and
thumb and pushed it on to the mantelboard. Sarah was satisfied.

They pulled their chairs closer to the fire and drank more tea.

But when Martha heard wheels on the road she said, "There, that might be
Hamilton now. Go and see who it is, and as Sarah looked out her mother
stood close behind her so that the passers-by could see them together.

Once it was Mr Burke’s housekeeper and Martha was so pleased and called
out "good-morning" so brightly and loudly, that the hard-faced woman in
the trap looked back in surprise. After that Sarah went back to the fire
and sat down.

Then they heard the prance and clatter of a horse, and hamilton’s
voice. The shadow of his cart fell on the door and darkened the little
kitchen,

Sarah rose and pulled on her coat hurriedly. I’ll not keep him
waiting," she said and went out. Hamilton got down and helped her on
to the seat. He tucked the rug around her feet before he got up himself,
"If the frost’s no too hard we may be back this way home," he called to
Martha. He rattled the whip in its cup and the cart moved off up the hill