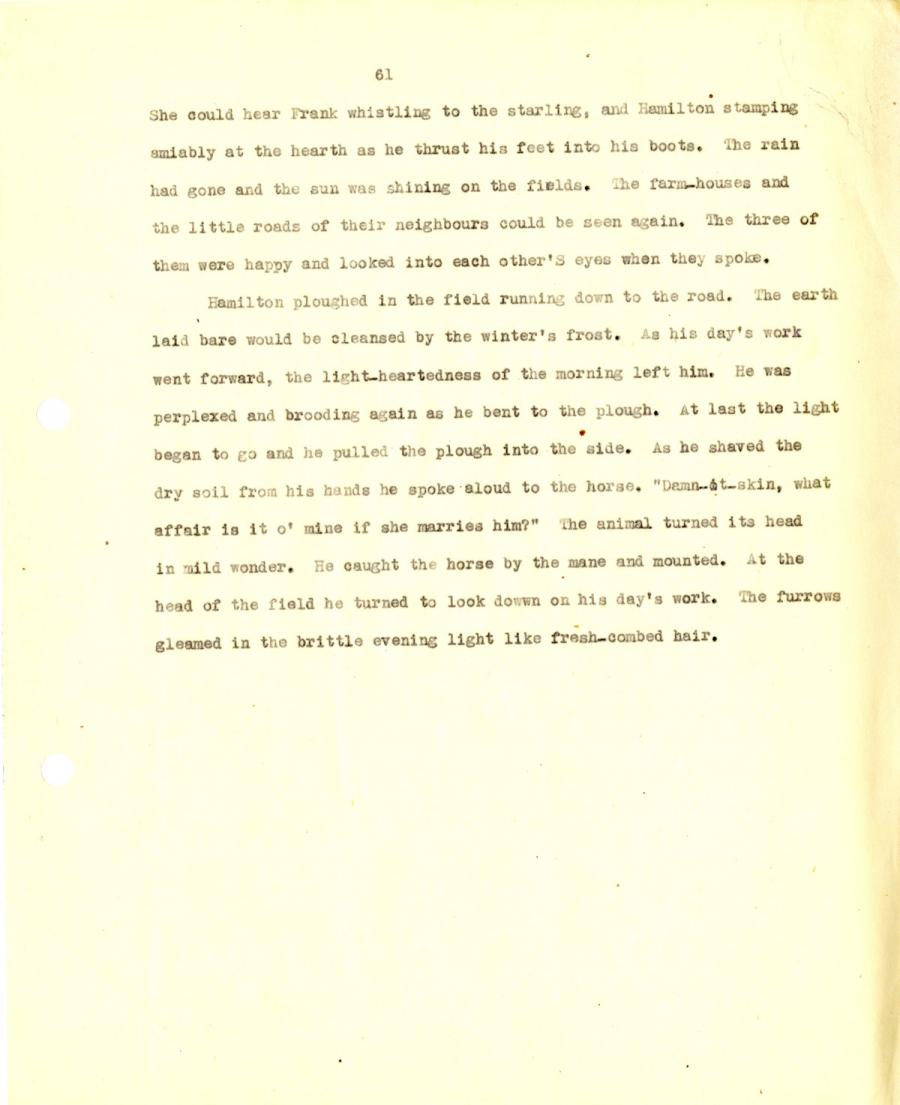 She could hear Irani: whistling to the starling, and Hamilton stamping

amiably at tho hearth as he thrust his feet into his boots, the rain

had gone and the sun was shining on the fields. Te farm-houses and

the little roads of their neighbours could be seen again, the three of

them were happy and looked into each other’ll ayes when they spoke.

Hamilton ploughed in the field running down to the road, i’he earth

laid bare would be cleansed by the winter's frost. As his day's work

went forward, the light-heartedness of the morning left him. He was

perplexed and brooding again as he bent to the plough. At last the light

began to go and he pulled the plough into the side. As he shaved the

dry soil from his hands he spoke aloud to the horse. "Damn-4t-skin, what

affair is it o' mine if she marries him?" the animal turned it3 head

in mild wonder. He caught the horse by the mane and mounted. At the

head of the field he turned to look down on his day's work, the furrows

gleamed in the brittle evening light like fresh-combed hair.