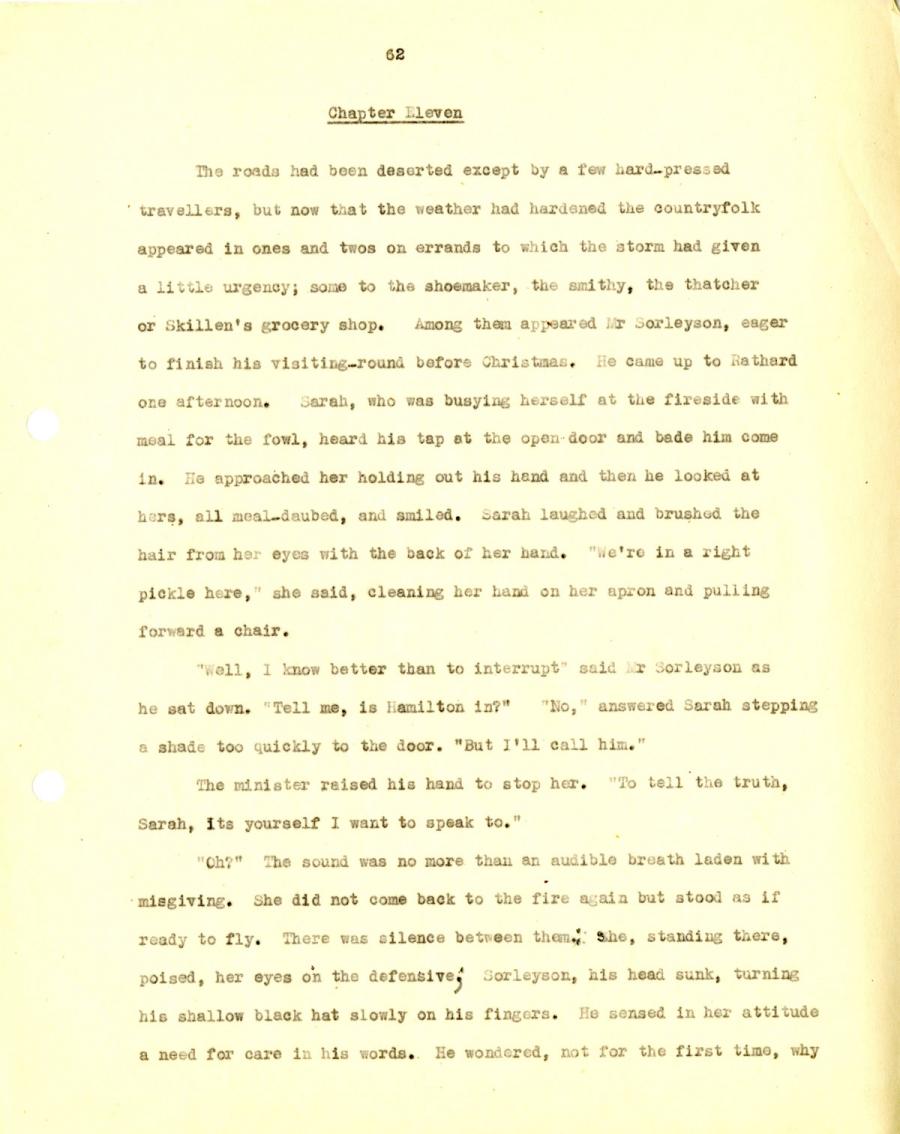 The roads had been deserted except by a few hard-pressed

travellers, but now that the weather had hardened the countryfolk

a little urgency; some to the shoemaker, the smithy, the thatcher

or Skillen's grocery shop. Among them appeared Mr Sorleyson, eager

to finish his visiting-round before Christmas. He came up to Rathard

one afternoon. Sarah, who was busying herself at the fireside with

meal for the fowl, heard his tap et the open door and bade him come

in. He approached her holding out his hand and then he looked at

hers, all meal-daubed, and smiled, Sarah laughed and brushed the

hair from ho eyes with the back of her band, ’'we’re in a right

pickle here,-' she said, cleaning her ham on her apron and pulling

“Well, 1 know better then to interrupt said Mr Sorleyson as

he sat down. Tell me, is Hamilton in?” ’No, answered. Sarah stepping

a shade too quickly to the door. "But I'll call him."

The minister raised his hand to stop her. To tell the truth,

Sarah, its yourself 1 want to speak to."

"Oh?” The sound was no more than an audible breath laden with

misgiving. She did not come back to the fire again but stood as if

ready to fly. There was silence between them. She, standing there,

poised, her eyes on the defensive; Sorleyson, his head, sunk, turning

his shallow black hat slowly on his fingers. He sensed in her attitude

a need for care in his words.. He wondered, not for the first time, why