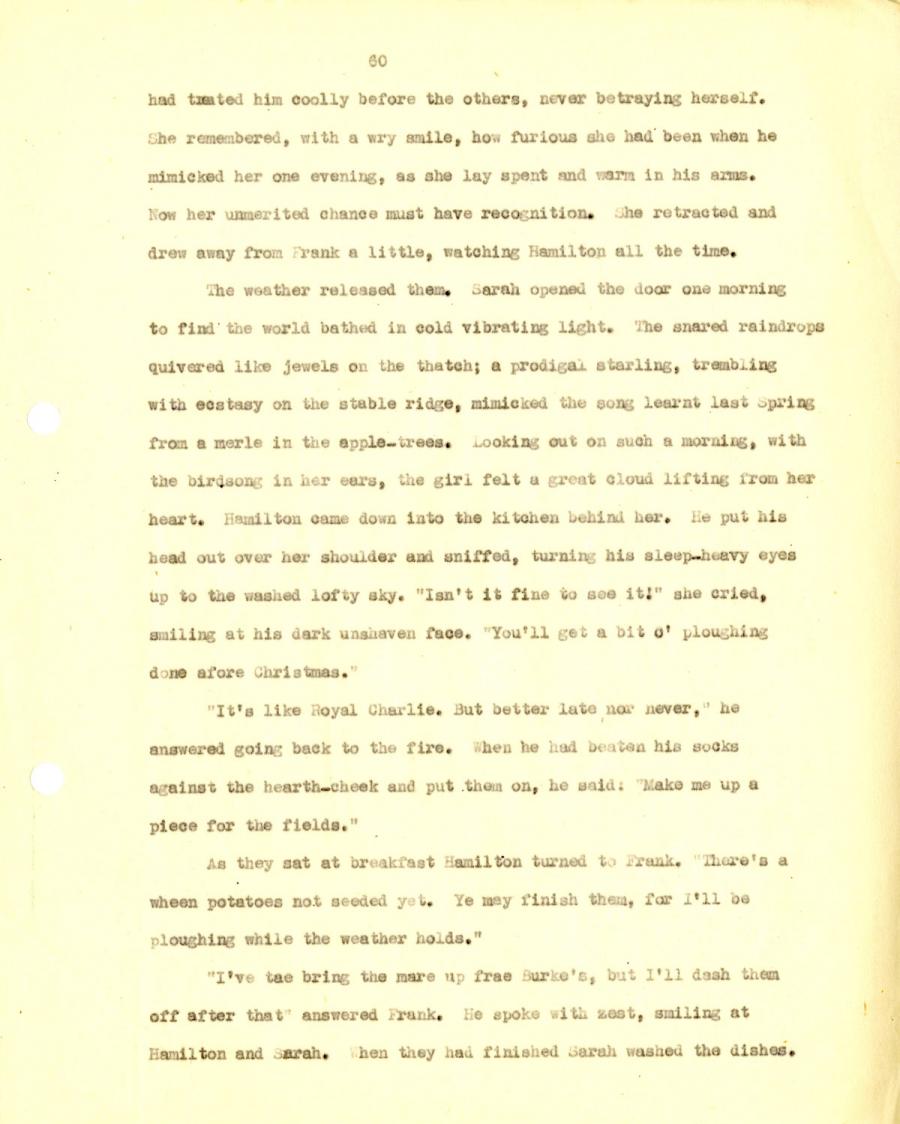 had tasted him coolly before the others, never betraying herself.

She remembered, with a wry smile, how furious she had been when he

mimicked her one evening, as she lay spent and warm in his arms.

Now her unmerited chance must have recognition. She retracted and

drew away from Frank a little, watching Hamilton all the time.

The weather released them. Sarah opened the door one morning

to find' the world bathed in cold vibrating light. The snared raindrops

quivered like jewels on the thatch; a prodigal starling, trembling

with ecstasy on the stable ridge, mimicked the son; learnt last spring

from a merle in the apple-trees. Looking out on such a morning, with

the birdsong in her ears, the girl felt a great cloud lifting from her

heart. Hamilton came down into the kitchen behind her. He put his

head out over her shoulder and sniffed, turning his sleep-heavy eyes

up to the washed lofty sky. "Isn't it fine to see it!" she cried,

smiling at his dark unshaven face. You’ll get a bit o' ploughing

It's like Royal Charlie. But better late nor never, ' he

answered going back to the fire. When he had beaten his socks

against the hearth-cheek and put them on, he said; Make me up a

piece for the fields."

As they sat at breakfast Hamilton turned to Frank. There's a

wheen potatoes not seeded yet. Ye may finish them, for I’ll be

plughing while the weather holds."

“I’ve tae bring the mare up frae Burkes, but I’ll dash them

off after that answered Frank. He spoke with zest, smiling at

Hamilton and Sarah. When they had finished Sarah washed the dishes.