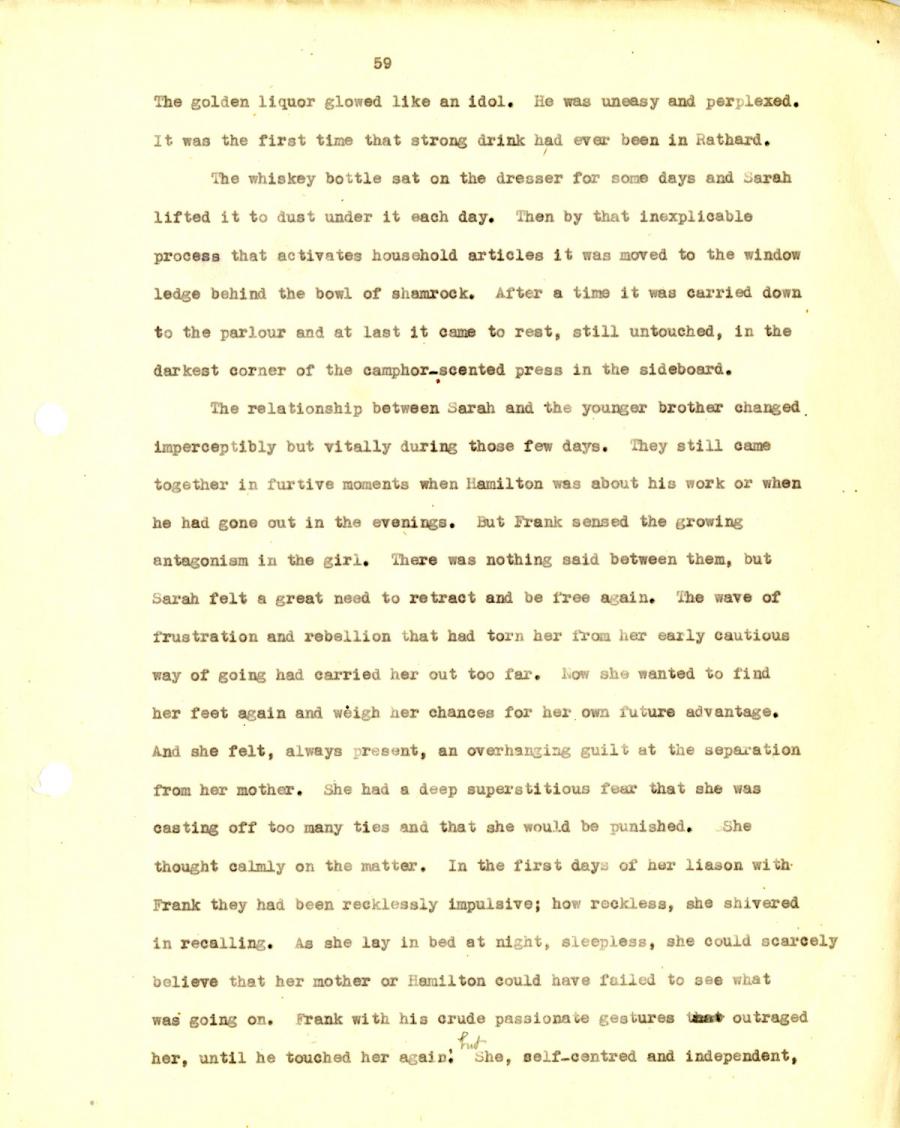 The golden liquor glowed like an idol. He was uneasy and perplexed.

It was the first time that strong drink had ever been in Rathard.

lifted it to dust under it each day. Then by that inexplicable

process that activates household articles it was moved to the window

ledge behind the bowl of shamrock. After a time it was carried down

to the parlour and at last it came to rest, still untouched, in the

darkest corner of the camphor-scented press in the sideboard.

The relationship between Sarah and the youngeer brother changed,

imperceptibly but vitally during those few days. They still came

he had gone out in the evenings. But Frank sensed the growing

antagonism in the girl. There was nothing said between them, but

Sarah felt a great need to retract and be free again. The wave of

frustration and rebellion that had torn her from her early cautious

way of going had carried her out too far. How she wanted to find

her feet again and weigh her chances for her own future advantage.

And she felt, always resent, an overhanging guilt at the separation

from her mother. She had a deep superstitious fear that she was

casting off too many ties and that she would be punished. She

thought calmly on the matter. In the first days of nor liason with

Frank they had been recklessly impulsive; how reckless, she shivered

in recalling. As she lay in bed at night, sleepless, she could scarcely

was going on. Frank with his crude passionate gestures outraged

her, until he touched her again; And she, self-centred and independent,