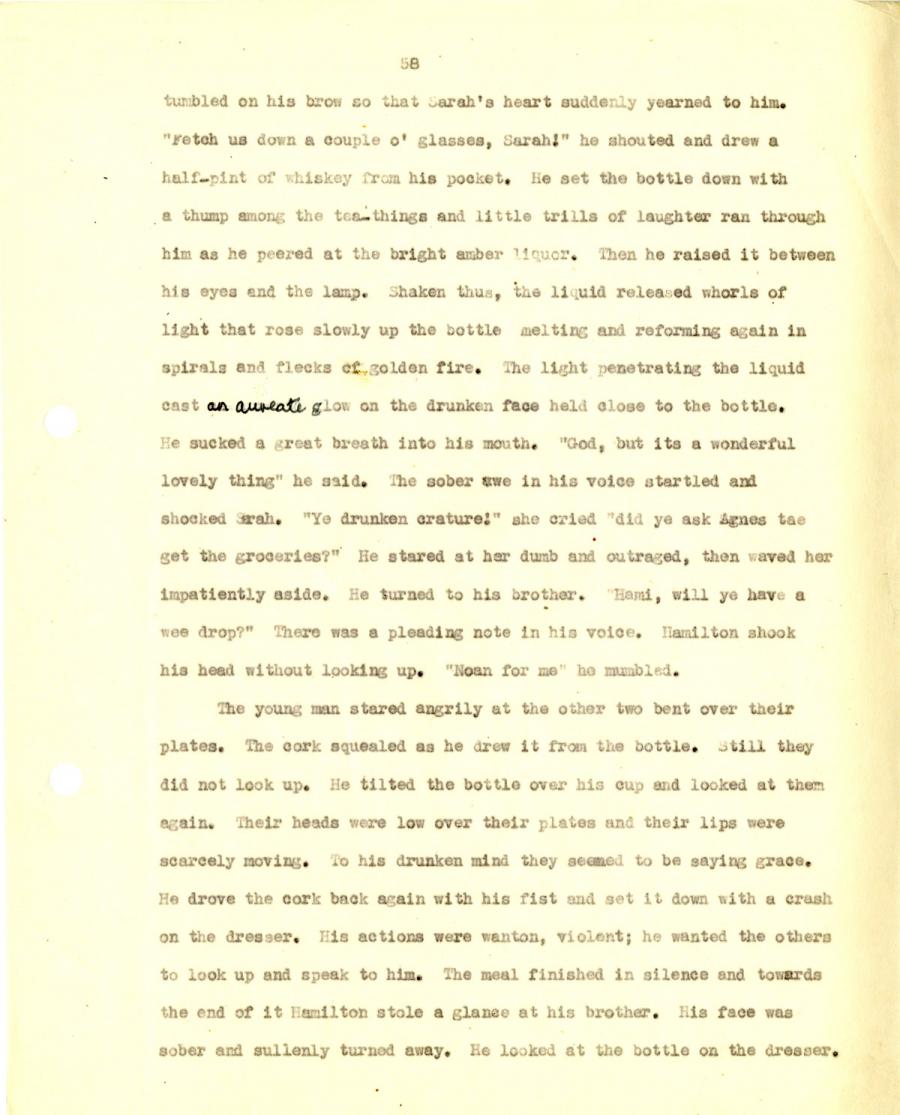 tumbled on his brow so that Sarah’s heart suddenly yearned to him.

“Fetch us down a couple o' glasses, Sarah” he shouted and drew a

half-pint of whiskey from his pocket. He set the bottle down with

him as he peered at the bright amber liquor. Then he raised it between

his eyes end the lamp. Shaken thus, the liquid released whorls of

spirals and flecks of golden fire. The light penetrating the liquid

cast an aureate glow on the drunken face held close to the bottle.

He sucked a great breath into his mouth. "God, but its a wonderful

lovely thing” he said. The sober awe in his voice startled and

get the groceries?" He stared at her dumb and outraged, then waved her

impatiently aside. He turned to his brother. Hami, will ye have a

wee drop?" There was a pleading note in his voice. Hamilton shook

his head without looking up. “Noan for me” he mumbled.

plates. The cork squealed as he drew it from the bottle. Still they

did not look up. He tilted the bottle over his cup and looked at them

again. Their heads were low over their plates and their lips were

scarcely moving. To his drunken mind they seemed to be saying grace.

on the dresser. His actions were wanton, violent; he wanted the others

to look up and speak to him. The meal finished in silence and towards

the end of it Hamilton stole a glance at his brother. His face was

sober and sullenly turned away. He looked at the bottle on the dresser.