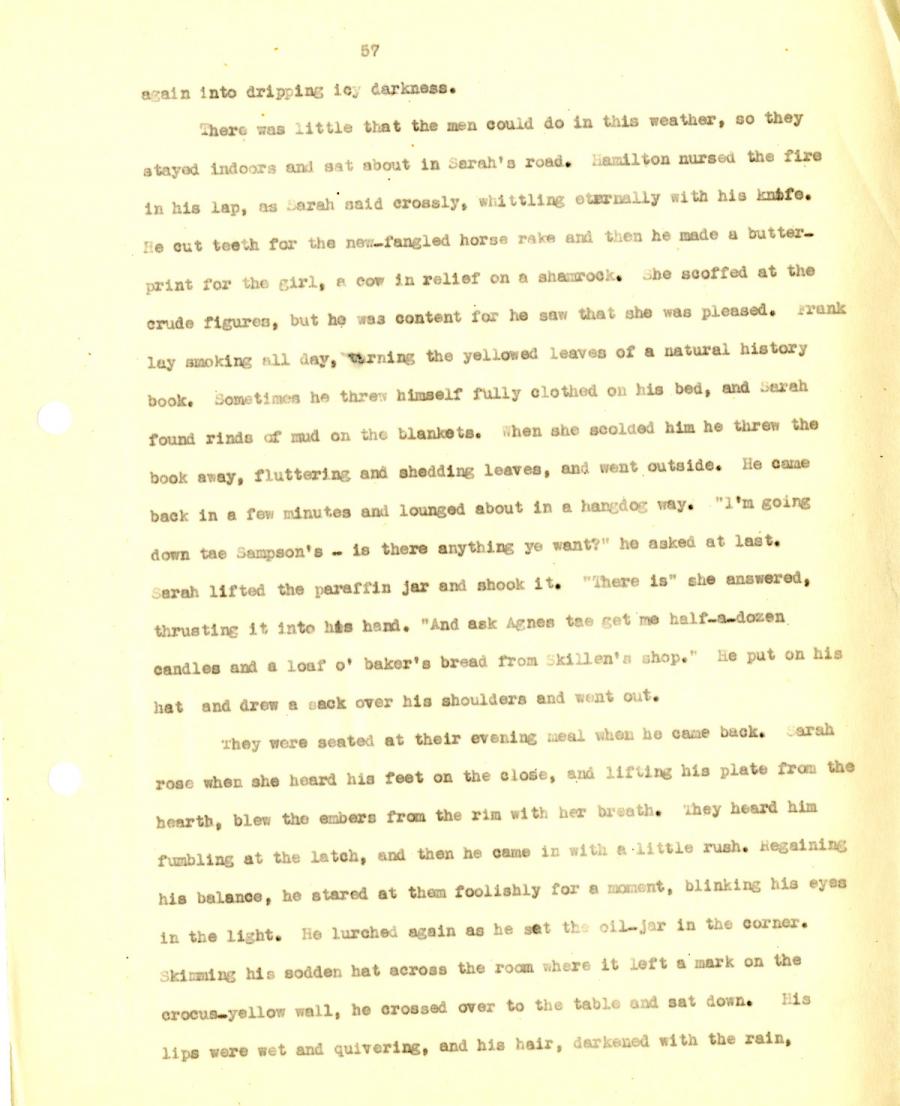 There was little that the men could do in this weather, so they

stayed indoors and sat about in Sarah’s road. Hamilton nursed the fire

in his lap, as Sarah said crossly, whittling eternally with his knife.

print for the girl, e cow in relief on a shamrock. She scoffed at the

crude figures, but he was content for he saw that she was pleased. Frank

book. Sometimes he threw himself fully clothed on his bed, and Sarah

found rinds of mud on the blankets. ..hen she scolded him he threw the

book away, fluttering and shedding leaves, and went outside. He came

back in a few minutes and lounged about in a hangdog way. "I’m going

down tae Sampson's - is there anything ye want?" he asked at last.

Sarah lifted the paraffin jar and shook it. There is" she answered,

thrusting it Into his hand. "And ask Agnes tae get me half-a-dozen

candles and a loaf o’ baker’s bread from Skillen’s shop." He put on his

hat and drew a sack over his shoulders and went out.

They were seated at their evening meal when he came back. Sarah

rose when she heard his feet on the close, and lifting his plate from the

hearth, blew the embers from the rim with her breath. They heard him

fumbling at the latch, and then he came in with a little rush, regaining

his balance, he stared at them foolishly for a moment, blinking his eyes

in the light. He lurched again as he set t! oil-jar in the corner.

crocus—yellow wall, he crossed over to the table a id sat down. His

lips were wet and quivering, and his hair, darkened with the rain,